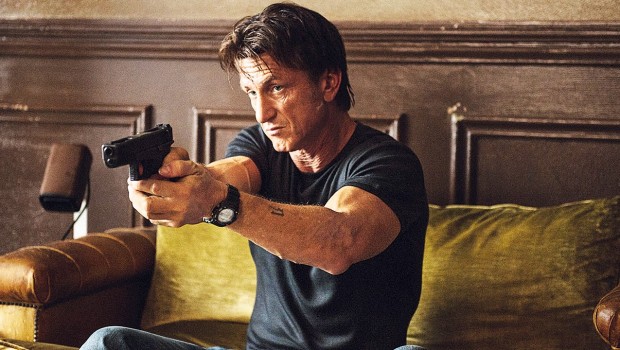 Universal Sony Pictures Home Entertainment is releasing The Gunman – available to own on Blu-ray™, DVD & Digital from August 20, 2015.

Jim Terrier (Penn) is an ex-mercenary whose last assassination of the country’s Minister for Mining sparked a civil war. Eight years on, Jim is suffering from Post Traumatic Stress Disorder and is now working as a humanitarian in Africa to atone for his previous sins. However, it’s not long before Jim’s past catches up with him, and the hunter becomes the hunted.

Three armed men storm his village and make a violent attempt to take his life. Surviving the attack, Jim discovers that an ex-colleague has put a price on his head and some of the world’s deadliest hit men are after him. Escaping to London, he consults the only man he can trust, an old comrade called Stanley (Ray Winstone, The Sweeney, The Departed). Together Jim and Stanley must engage in a relentless and lethal pursuit across Europe and Africa to find the man who betrayed him.

Penn battles the odds in a deadly game of cat-and-mouse in The Gunman.