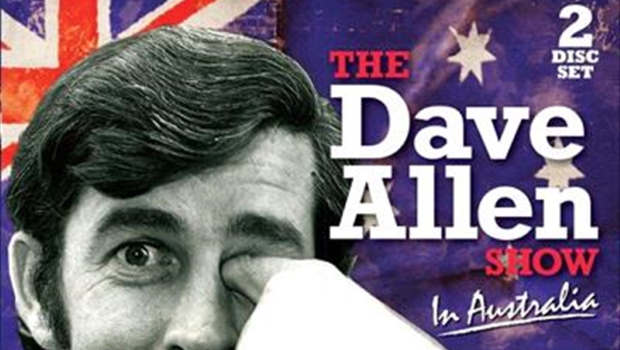 Summary: A consummate story teller and icon of Irish comedy, Dave Allen was not shy about expressing his views on religion and authority and life in general with laughs along the way.

Part of my youth was spent watching Dave Allen. Numerous specials on tape had our family laughing heartily. So a few years ago, with a hankering for some of that witty story telling, I went on a search for Dave Allen DVD’s and though I didn’t find much I’m sure I came across a story that went something along the lines of “Dave didn’t want his shows to go into re-runs, he wanted that network time to be used to provide a platform for new talent…” So it was with some humour I noted that The Dave Allen Show In Australia DVD states on the back “Due to unavailability one episode of the original 6 part series is not included in this DVD.” 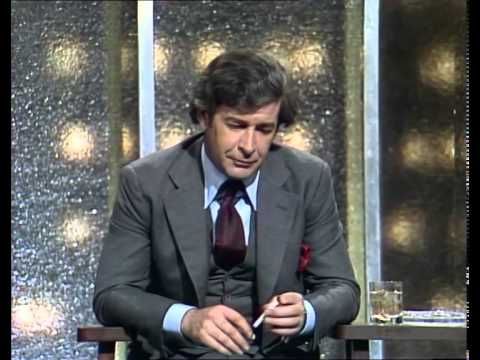 Dave Allen was a very smart man and he would use that intellect to poke fun at and debunk religion (particularly the Catholic Church). This particular collection certainly suffers from it’s age in terms of “political correctness” of some segments (rampant sexism and use of black face being two examples)… but there are still moments of that captivating story telling for which Dave was so well known that shine through.

I will also say that I wasn’t so thrilled that the show veered to a more “variety” style set up later in the series… but that’s only really a couple of episodes. The visual quality is pretty rough but this is not something I’d put down to transfer issues but simply the quality of the material available to work with… we are talking 1970’s television studio cameras set ups. But the quality is made up for with quantity in this case with approximately 230 minutes of entertainment. 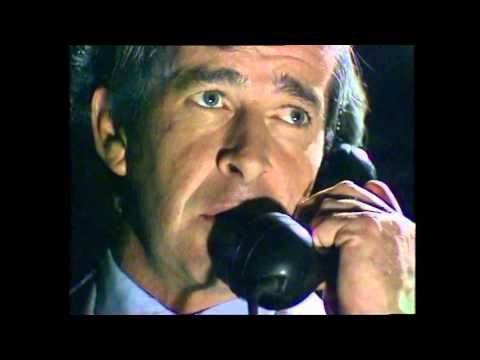 Having sat through this collection I would have to say it doesn’t feature his best work, there are some great bits… but (though my memory is questionable at the best of times)… I’m sure there are other Dave Allen shows that had a higher success rate with their sketches, but perhaps that’s also to do with the world we live in today and our modern sensibilities compared to what they were when the show was first aired.

As much as I am a Dave Allen fan… I’m not inclined to highly recommend this collection. I wouldn’t discourage purchasing it either… but I’d give the caveat that I don’t think it’s his best work. If you’re a completionist (firstly, sorry for pointing out that this will always leave you at least one episode short) then you can still find some laughs here.