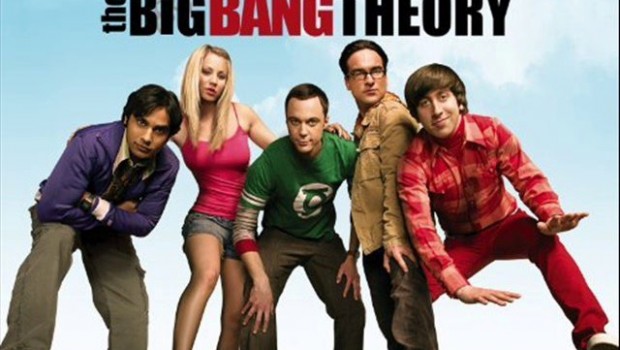 Summary: So here we are again, the 6th season of The Big Bang Theory that has seen our favourite characters blossom into something more than just geeks. It was a rollercoaster ride for the gang and really sets the mood and stories for the next season of this awesome comedy series. With that said, I'm really excited for Season 7, especially after watching season 6 again on DVD.

Still full of steam, the whacky guys and girls from The Big Bang Theory return for another comedic fuelled series of chaos, mayhem and nerdom. For the uninitiated, The Big Bang Theory focuses on four nerdy science geeks that include Leonard (Johnn Calecki), Sheldon (Jim Parsons), Wolowitz (Simon Helberg) and Koothrappali (Kunal Nayyar) who generally have huge issues navigating the wider social community, especially the opposite sex. Also joining the guys is Penny (Kaley Cuoco), Bernadette (Melissa Rauch) and Amy (Mayim Bialik) who really add this wonderful dynamic to not just the guys but how the stories pan out. This series has also made pop culture, especially the world of comics (e.g. Green Lantern) and sci-fi popular (e.g. Star Trek) more accepting with the broader community, opposed to the fringes of society, so kudos to the writers.

Collecting 24 episodes, this collection may not be the greatest season of The Big Bang Theory but there’s still plenty of laughs to be found such as Sheldon unable to pick up the signs of Amy flirting with him or when he quotes a romantic quote from Spider-man, only to be busted. I also love how the writers have given each episode a scientific title (not that this is new) such as the The Habitation Configuration (Episode 7) or The Spoiler Alert Segmentation (Episode 15) which adds to the geekiness of the series. From trying to get girls involved in science more to playing Dungeons & Dragons, the episodes of season 6 are quite diverse and once again littered with pop culture references. Being a geek myself, these references are pure ingenious that not only allows us fellow nerds to laugh at this strange world or worlds that we adore but also makes you challenge the stereotypes of what is normalas well.

My favourite episode of Season Six involved the guys dressed in Star Trek regalia as they ventured to Comic-Con, one of the world’s largest exhibitions of all things comics and geekdom. This also highlights the stereotypes of some fans and how they are seen by the larger community but nonetheless, it was still a fun episode, even embarrassingly so. In terms of characters, many of the stories revolved around both Sheldon and Raj that often result in them being the butt of all jokes but this is what makes the series so enjoyable. It’s also great to see Raj grow as a character and become a little less introverted and we see his “selective” mutism morph into something special.

Love however has always played a key component to The Big Bang Theory which is heavily focused upon in the last two episodes. Episode 23 (The Love Spell Potential) becomes a real mess when the gang is playing Dungeons & Dragons and when Bernadette casts a love spell on both Sheldon and Amy’s characters to do the deed, it leads to a classic scene. Following this is Episode 24 (The Bon Voyage Reaction) which sees Penny professing her love to Leonard (finally) and Raj opening up to the girls about his breakup with Lucy. Given that, it’s great that the relationship between Leonard and Penny has finally moved to another level, especially that this relationship has been the key focus since the series started and hopefully will evolve in Season 7. It’s these sweet moments that make The Big Bang Theory such a feel good series.

The video quality is impressive on DVD with super sharp images, vibrant images and no errors whatsoever. Audio is equally impressive with its Dolby Digital 5.1 track. Special features take the viewer on a great Big Bang Theory experience from behind the scenes to the relationships of season 6. Definitely all quite worthy to watch.

• Houston We Have a Sit-com

So here we are again, the 6th season of The Big Bang Theory that has seen our favourite characters blossom into something more than just geeks. It was a rollercoaster ride for the gang and really sets the mood and stories for the next season of this awesome comedy series. With that said, I’m really excited for Season 7, especially after watching season 6 again on DVD.

A must have a DVD for fans!