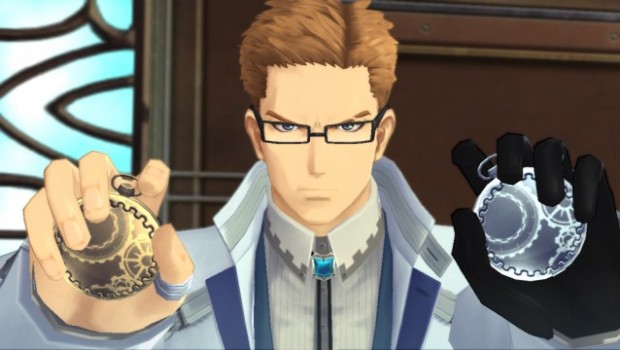 Summary: Rough around the edges, but a charming sequel nonetheless

Tales of Xillia 2 is a sequel. Before I’m lynched for stating the blindingly obvious, let me explain: Tales of Xillia 2 is the clingy, hyper-dependent sibling that tries to emulate the older sibling’s every action. It’s not just ‘the second game’; it’s a full-blown, somewhat startlingly derivative sequel. But like many younger siblings, Tales of Xillia 2 does have its own personal touches (and might just grow up to be a better videogame). 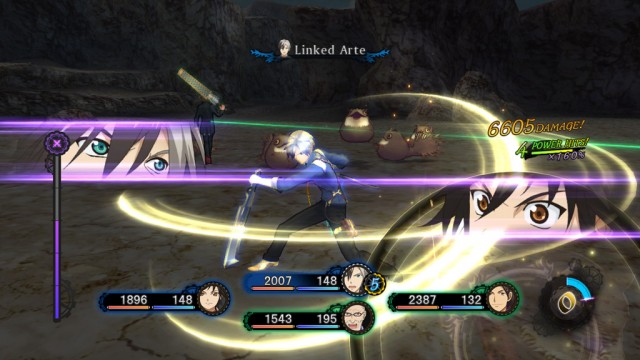 Unlike nearly every JRPG—indeed, most videogames in general—Tales of Xillia 2 does not open with a cut scene. Instead, the player is thrust into battle against Elijah Wood from Sin City with a stripped-back interface and absolutely no instructions. It’s a bold move. Personal distaste for must-lose battles aside, I would much rather sit down to play a videogame and actually play, rather than sit through 10+ minute opening cut scenes that have zero relevance to me at that stage of the game.

Discerning players will notice right away that leading man Ludger Kresnick is… essentially mute. As a character—as the main character—Ludger is a wreck. He awkwardly hearkens back to the days of silent protagonists, except that he does occasionally speak. It’s just that his dialogue—apart from the unvoiced, player-chosen and remarkably eloquent options—consists mostly of grunts and single word responses. 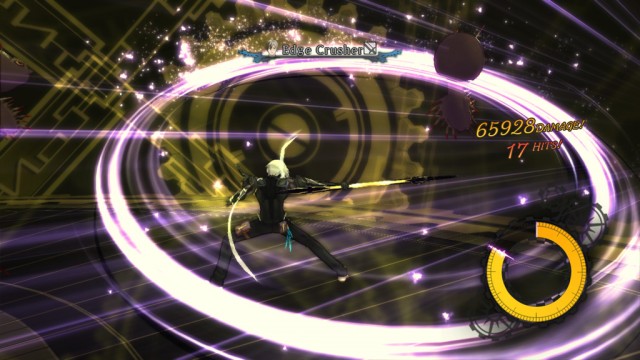 Ludger is a disappointment because his potential is so clear. What little of his personality we do see is endearing. His fighting style—which allows him to switch between dual blades, dual pistols, and a sledgehammer—adds an extra layer of complexity and versatility to an already refined real-time action battle system. But Ludger is ultimately bland and passive, only the central character out of freak chance and a chronic inability to say ‘no’ (or anything). 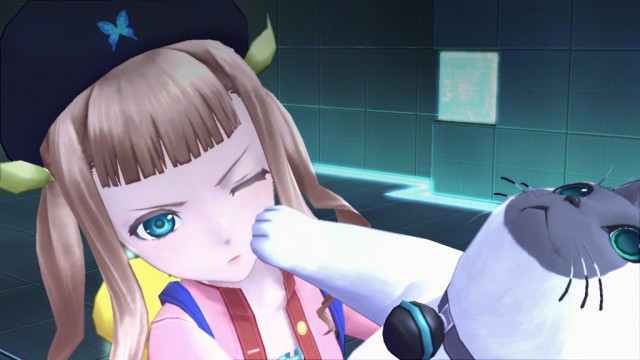 Other than Ludger’s adjustments, the battle system is largely unchanged from Tales of Xillia. Which is not a bad thing—the awkwardly named ‘Dual Raid Linear Motion Battle System’ is quite entertaining to play. The downside is that most ordinary encounters can be won simply by pressing the X button—or even by standing still and not pressing a single button. Boss battles are a welcome challenge, and the coliseum at Xian Du is a nice test until New Game+ and the EX Dungeon come into play. 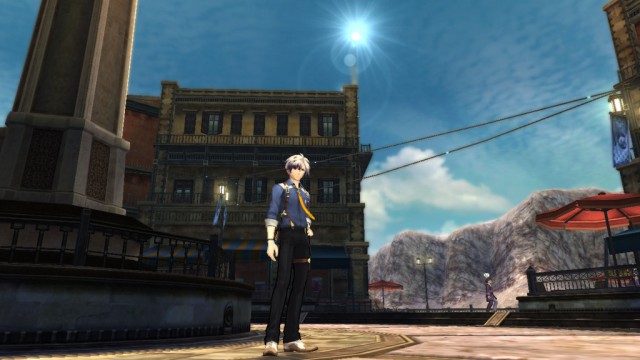 Early in the game, Ludger gets saddled with a 20 million gald debt. This serves as the progress limiter or ‘invisible wall’. Because Ludger is in massive debt, he has travel restrictions imposed. There is a hitch: the bounty/mission system introduced to help the player gain money (and useful items) has its own points system. Harder and more rewarding jobs require—more like force—the player to grind smaller jobs and hunt elite monsters. The debt issue as an artificial game lengthener is compounded when the primary money making avenues also try to pad things. This roadblock is especially indefensible when a mission to kill an enemy that has been slaughtered countless times before is locked until enough random objects are delivered and other monsters defeated. 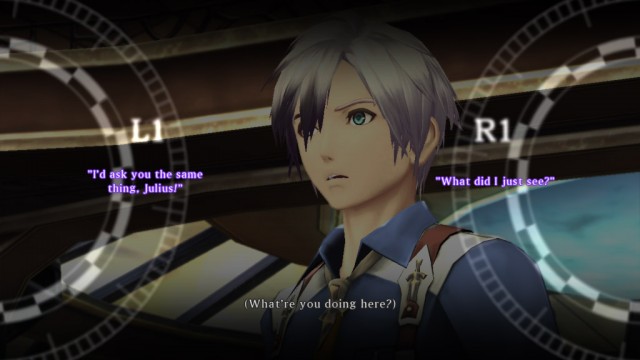 The plot kicks off one year from the events of the previous game. Rieze Maxia and Elympios are trying to sort out some serious political, cultural, and economic issues while racial tension, distrust, and general bigotry are rampant. Ludger bums around a bit before bumping into Xillia 1 hero Jude, at which point Ludger gets wrapped up in events that are supposedly centred around him and a kid—Elle—that he just kind of ‘found’. Problem is that the game seems more focused on ‘getting the gang back together’; the playable characters in Xillia 2 include the same six from the first game, plus two of the villains—Gaius and Muzét—and Ludger himself.

Tales of Xillia 2 deals with some heavy themes. Part of the game revolves around Ludger destroying ‘fractured dimensions’ which allegedly threaten his ‘prime’ dimension. The ethical quandary of destroying an entire world and its citizens, almost identical to your own, under the potentially false pretence of your world being the true one is handled really well. So, too, are the side chapters for each of the party members that deeply enrich both the characters and the world around them. 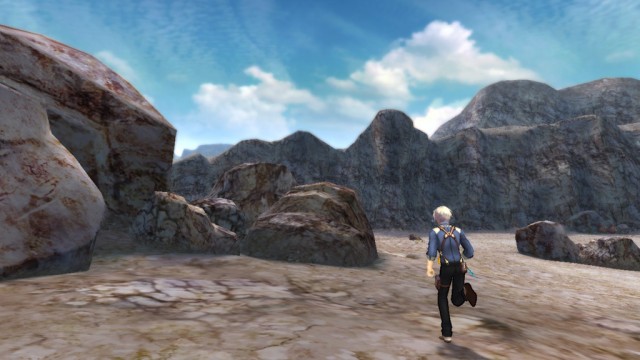 JRPGs aren’t often lauded for strong writing. Tales of Xillia 2 isn’t a masterpiece, but it does deserve some praise. Its handling of serious subject matter aside, Tales of Xillia 2 is just damned funny. The Tales series’ trademark skits (‘optional’, but only for those who loathe fun and exposition) remain wildly entertaining and are absolutely an essential part of the experience. 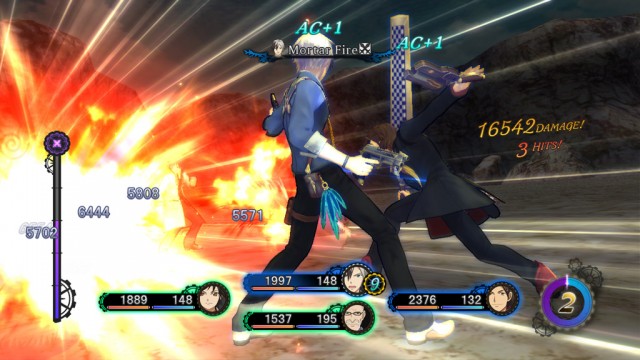 The writing is, obviously, not perfect. Ludger is still underwhelming, though he does have his own moments in the spotlight. The biggest disappointment is that Tales of Xillia 2 can’t let go of the past; it would be like The Lord of the Rings starring Frodo, but with Bilbo and the dwarves from The Hobbit tagging along instead of the fellowship. But there are definitely storytelling improvements: Tales of Xillia 2 kept me thinking and asking questions, whereas Tales of Xillia tried to pretend that Alvin’s treachery wasn’t the most obvious thing in the world. 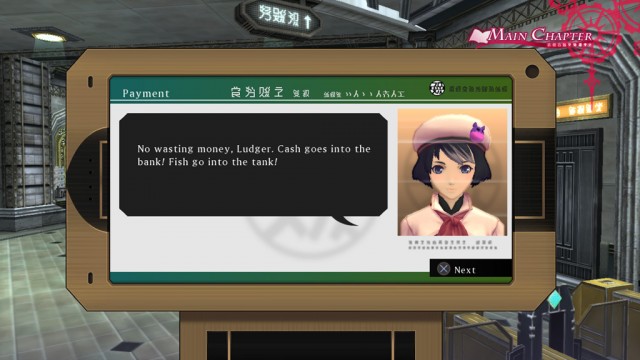 Tales of Xillia 2 firmly plants itself within the shadow of its predecessor. It’s a continuation that heavily relies on an understanding of the first game; old fans will find it to be a solid sequel, but the strongest narrative elements—those that build upon the events and characterisation from Tales of Xillia—will be utterly lost on newcomers.  Comparatively, it’s hard to split the two games: the weaker elements of Tales of Xillia 2 counterbalance with the stronger elements and, for me, they wind up about equal. Ultimately, Tales of Xillia 2 is another excellent—though flawed—instalment in the Tales series. Fans of the first game have more to gain, but there’s definitely value for fans of JRPGs in general.