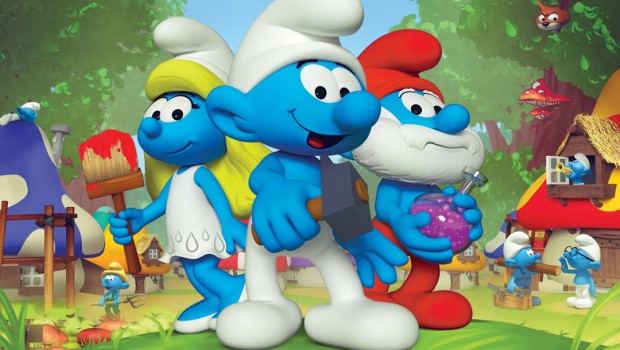 Summary: Smurfs 3DS is a good game for kids but feels a little like something you would find on social media, except the media games are better

Firstly this game is for kids but more importantly it is based on the original comic and cartoon series that has seen the Smurf village vanish. As a results the Smurfs must rebuild their village by not only gathering resources but also creating buildings via some amusing mini-games. Another highlight of the game is when you create your village, it is dictated by the player in terms of some of its placement and appearance which allows you to unleash your own colour palette. Smurfs also has this social media feel to it and the controls work relatively well on the 3DS, especially with the inclusion of the stylus and even the microphone for mini-games.

So apart from rebuilding your village, you get to meet all the Smurfs from the comic and cartoon that includes characters like Papa Smurf, Smurfette and even the devilish Gargamel. At its heart however, Smurfs on 3DS is basically a collection of mini-games, some good and some a little boring. These games requires the players to create their own potions and even use the microphone to help cool them down, whereas others are more arcade based like flying a plane over the forest which definitely harkens back to those classic fighter arcade games. The flying game is actually quite fun, albeit a little simple. 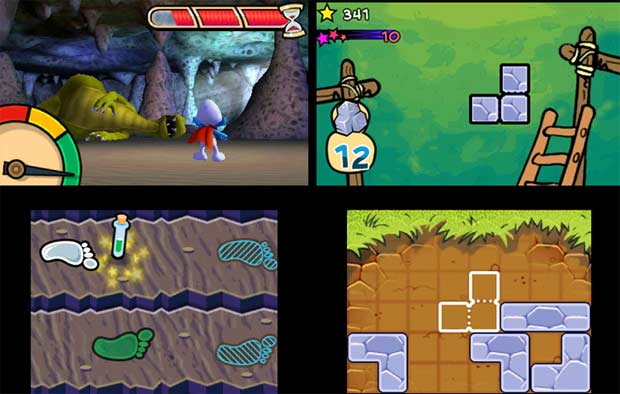 Given that this is a game for kids and according to my son, the game is okay but not too bad which were his words. He liked the customisation options of building his own village and also some of the mini-games like the music rhythm game and of course the arcade isometric fighter. As mentioned, you do need to collect resources that include bricks and wood in order to rebuild the Smurf houses and the developers have turned some of the resource gathering into mini-games. For example, some require you to hit nails into wood or even saw timbre to help with the village creation. Overall, Smurfs is nothing special for kids but it’s nothing great either. 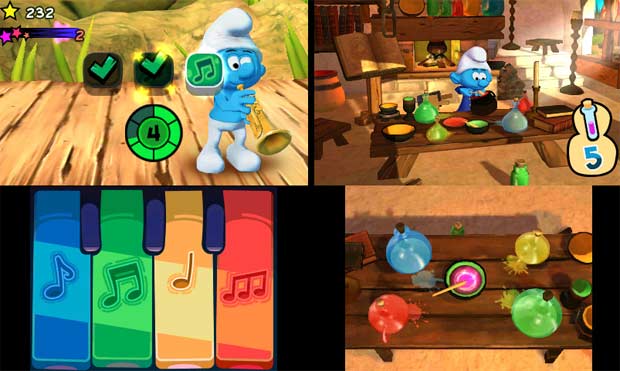 Graphically the title looks like a Smurf game and developers Magic Pockets successfully recreate the world of Smurfs from the forests where these little blue creatures live to even the laboratory of Gargamel. Audio and music compliment the gameplay which assists in the overall immersion factor and you’ll be humming those catchy tunes in no time. All in all, it’s quite a colourful game on the 3DS with some good gaming environments, special effects and good use of the 3DS capabilities. 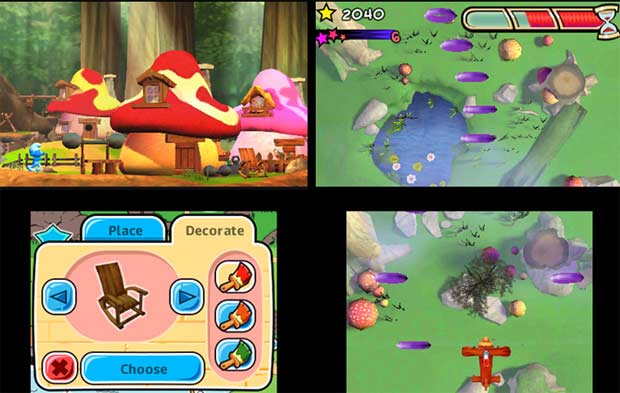 This game ticks all the right boxes when it comes to Smurfs and although some of the mini-games are a little repetitive, my 8 old son enjoyed playing this title and overall, it kept him quiet for several hours which is a good thing. He enjoyed the interactive nature of Smurfs on the 3DS but did state that some of the mini-games did become a little boring but it also gave him a challenge at the same time. Considering that he loved the last Smurfs film, this game delivered for the most part but more importantly, the game is quite affordably priced and didn’t require that much intervention on my part. 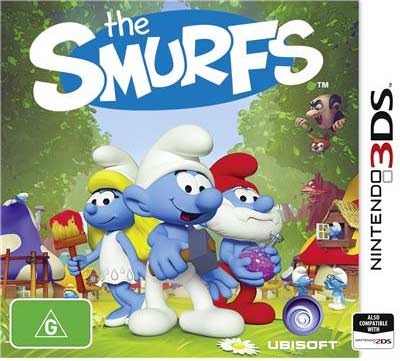