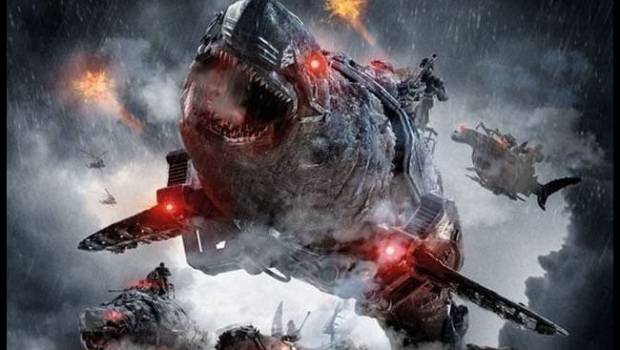 Summary: If you are on this film's wavelength you will have a good time, everyone else maybe wait for the bargain bin.

Nazi Zombies are their own sub-genre now with Dead Snow, Overlord, Outpost, Frankenstein’s Army and Shock Waves among others so you know what you are up for before you get into this. Also this movie was funded as a Kickstarter that gave away parts in the movie as one of the rewards including getting being the roar of one of the sharks and being killed on screen.

I know exactly what reaction the film makers are trying to get out of reviewers since they only budgeted 5% for marketing and expect free publicity from just the shock factor alone. I’m not buying it as while this film is competently made it is aiming at too narrow a market. The teenage boys that this film is aimed at would not be able watch this in Australia due to it being R-rated (nelson laugh).

While it was made in Germany it does seem to be an international effort but with the Eurotrash feel to it from the music, production values and characters switching languages from scene to scene. Most of the cameos are from characters talking over video link which is pretty much how they would have to make it these days.

It was surprising to see Tony Todd from Candyman in a role and also the director of Karate Kill, Kurando Mitsutake, who is a cool dude and knows his stuff film wise. Not sure why they went with promoting the actor who was in Schindler’s List on the back of the box, that is long bow. People who are interested in this film would be more interested in the B-movie stars like Diana Prince from Joe Bob-Briggs show and a lot of horror films. There are a lot of the “hey! I know that person!” moments from some of the minor roles like Cary-Hiroyuki Tagawa on the airplane.

Whether you have any fun with this will depend if you are on the same wavelength that the film makers are on. I usually hear about projects like this all the time, but for some reason this one escaped my attention.

There is a lot of violence in this movie but it is over the top Itchy and Scratchy style violence with a dash of Takashi Miike thrown in. The nudity was something I did not expect at all as apart from the “sexualised violence” on the box there wasn’t really any warning of it at all in the promotions. It does hark back to the Stalags underground literature and films like Isla She Wolf of the SS film that is infamous in its content.

It does try and do funny quotes but they do feel put on and if you are trying this hard they are not going to land. It is meant to be a parody of trash filmmaking but it is hard to tell apart due to it being so trashy itself. The fake ads for the genetic research technology feel like they belong in a different movie.

The special effects are fine and well done considering the budget of this movie. Seems to be a lot of practical effects for the gory scenes even though no human has that much blood in them as they show here. I am thinking of the old “blood and guts and grease off the rod” from Sard Wonder Soap.

Deliberately bad is not really something you can achieve on purpose. Most supposed movies celebrated as “bad movies” are made by people who were trying to make something good but for some reason things got mixed up. You can try and do it the same way and still not get the same result, Samurai Cop II had the same cast but didn’t really have the same feeling as the original.

This is maybe one to stream rather than getting a full price DVD of and it will no doubt sell better when it goes into the bargain bin. 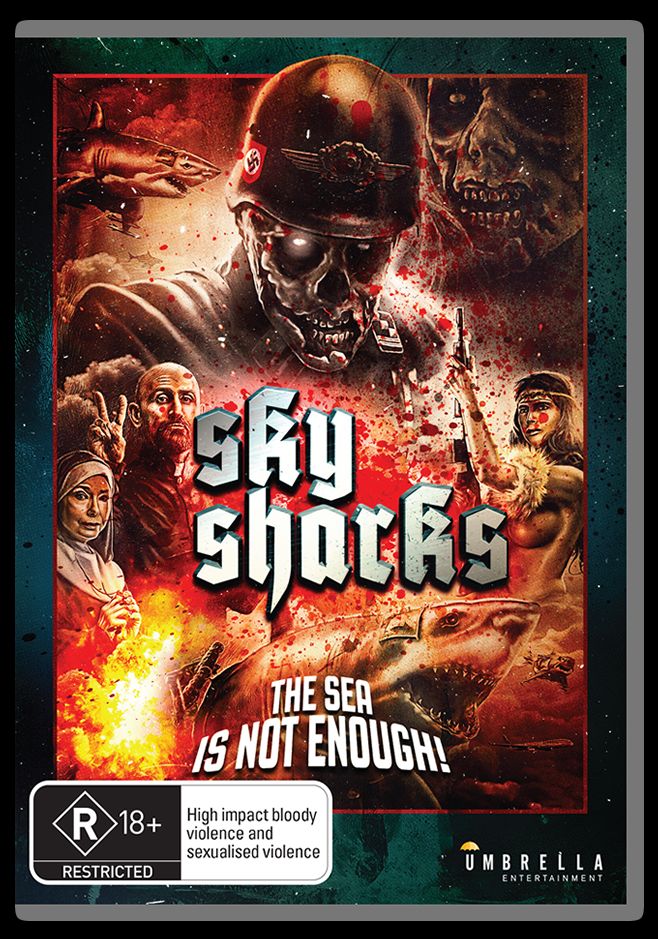