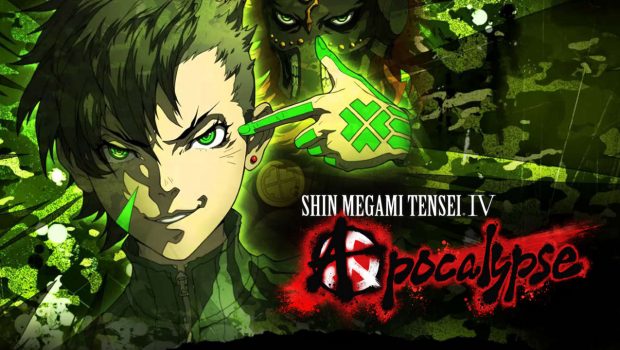 Sydney, Australia – October 21st – Deep Silver, SEGA® of America, Inc., and Atlus U.S.A., Inc., are delighted to announce that both Japanese RPG titles Shin Megami Tensei IV: Apocalypse and 7th Dragon III Code: VFD will launch on the 9th of December 2016 in Australia. Releasing on Nintendo 3DS™, both titles will be available for $69.95 at Retail.

Shin Megami Tensei IV: Apocalypse (SMT4A) depicts the remnants of Tokyo ravaged by a catastrophe. Demons and humans co-exist, but in this state the remains of humankind are just a prize being fought over by the higher deities. One lone Hunter, the game’s protagonist, meets an early demise and through a pact with a lesser god is brought back to life in exchange for his pledge of servitude. From there, the protagonist allies with other Hunters in the ruins of post-apocalyptic Tokyo, beginning a plot that crosses over with the events of the original Shin Megami Tensei IV.

7th Dragon III Code: VFD takes place in the year 2100, where dragons have descended upon earth and humanity is at the mercy of these terrifying beasts. However, not all is lost. As the protagonist, the player will team up with Nodens Enterprises—a video game company dedicated to stopping the dragon menace—to become a dragon hunter and eventual saviour of the universe. Although times are bleak, Nodens Enterprises has found a way to tip the scales in favour of mankind by traveling through time to three different eras, the protagonist can upset the balance of the dragons’ power.