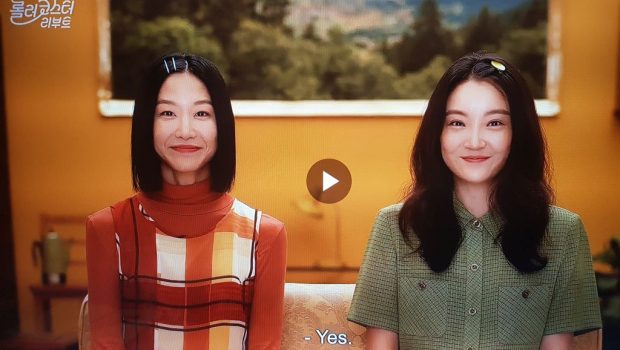 Summary: A funny series of shorts about a strange family, well worth watching if you find somewhere it is showing.

An ordinary family’s life becomes more and more absurd as they have conversations around the table about seemingly mundane topics that you would never expect in a million years to turn out like they manage them to.

For something that is set in the one room and is just the one short scene for each one there is a lot of dialogue and things continuously ramp up with a lot of jokes and payoffs in a short time.

I have not heard of any of these actors before but they seem to be having a good time especially the ones playing the parents.

I suspect there may be some rhyming slang in some of the dialogue from the sisters which means I may be missing some of the jokes. The parts where they say the same thing at the same time or close to it must mean something different in Korea.

This was one of the few series in the Series Mania program that they are showing the entire series for. I am not sure where it would screen usually as it is not long enough on its own to screen theatrically and I am not sure many TV or streaming services do shorts these days.

I would congratulate the makers of this for keeping it short as trying to pad something out just to fit it into a more saleable format often ruins the joke.

Well worth it to watch if you manage to find somewhere to watch it.