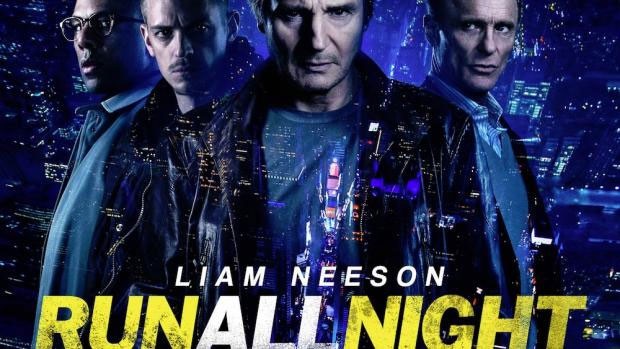 When burned out mob enforcer Jimmy Conlon (Liam Neeson), is forced to kill the son of his best friend, and gangster boss, Shawn Maguire (a grizzled Ed Harris) to protect his own estranged son, events spiral bloodily out of control over one tense, taut night. In recent years, we’ve seen the advent of so-called ‘grandpa’ action flicks, where well-known actors late in their careers choose to earn some spare coin by appearing in hard driving noir/action movies. 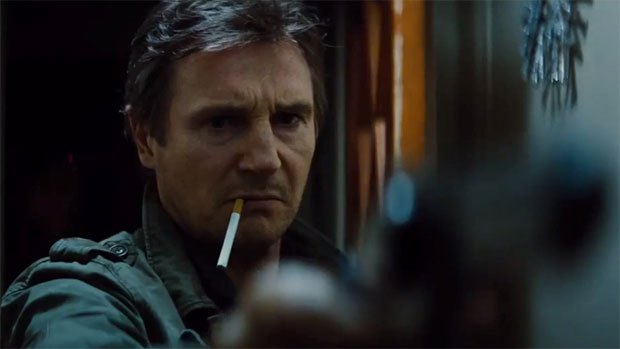 The Taken franchise is the exemplar of this – spare, action fuelled movies where the bad guys are easy to spot and our heroes, while personally conflicted, are still sure in their purpose of delivering bloody revenge to those who threaten their family. The premise for Run All Night is a brilliant one. Sometimes movies tend to lose their pace as the plot sprawls to  its conclusion. Limiting the cast, the location and the timeframe injects a sense of urgency to Run All Night that regrettably doesn’t always appear in the finished product. The set up at the beginning, though necessary, is not as taut as it could be.

Some of the action scenes, particularly the car chase, seems lethargically realised, and in an era where Mad Max: Fury Road has redefined car chases, seems a real missed opportunity. Neeson is the pivot around which the movie revolves. He is playing an archetype here – a man who has killed and killed, and realises near the end of his life that it was for little purpose and no gain. Estranged from his son, it is only the catalysing factor of Maguire’s son’s drug addled activities that  reorient Neeson’s character to do some good in the world. Neeson is stolid in the role and brings a level of gravitas than a lesser actor could bring.

When he appears with Harris, the screen fairly crackles with energy and these scenes are a pleasure to watch. Spanish director Jaume Collet-Serra has worked with Neeson before, on action movies Non-Stop and Unknown. His direction here is competent, translating well enough the script to the screen. As mentioned before the action scenes are not always as hectic as they could be, but the depiction of Brooklyn as chaotic swirl of neon blasted darkness is well done. He does draw considered performances from the leads, as they struggle with old loyalties and certainties, with new realities. 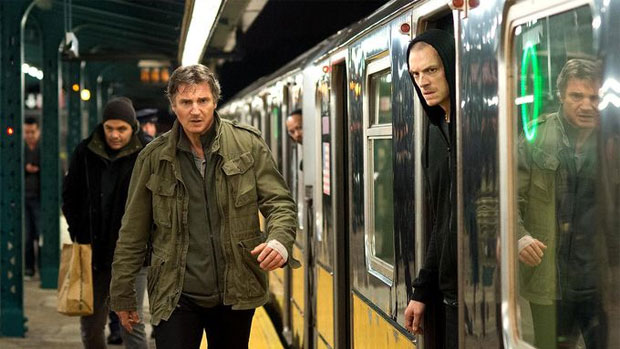 While the characters in the movie are clichés, they don’t outstay their welcome. Vincent D’Onfrio as dogged Detective Harding is especially good in a limited role, bringing a suppressed anger to his performance. The end of the movie is as you would expect, and perhaps a little too neatly tied up, but is nonetheless affecting as Neeson’s character achieves redemption. Neeson has carved himself a niche in these movies, late in a storied career. Perhaps one day he’ll find a role in such movies as his acting ability deserves. Otherwise, get the popcorn out and settle in for a very entertaining ride.

Overall: while this movie feels a little ‘paint by numbers’ the themes in it are universal and all the more emotional for it. Neeson and Harris are entertaining in their roles, and Neeson in particular brings a vulnerability to his character that you don’t often see in movies of this ilk. Female roles of note are almost entirely absent from the movie, and you wonder when exactly Hollywood will become wake up and create roles of note for women in decent action movies. A fun 90 minutes, Run All Night won’t change the world, but it will leave you feeling satisfied at the end. 3.5/5

Visuals: shot largely at night, Brooklyn is truly a hell’s kitchen of swirling smoke and darkness, as the action moves deeper and deeper into the night. Despite the lack of light, the picture is well defined and crisp. Characters are never lost in the darkness and shadow, so the audience shouldn’t be confused by who is where. 3.5/5

Audio: Junkie XL is responsible for the pulsing soundtrack, and as was evidenced with Fury Road, his work helps elevate the action from merely dogged to transcendental. The percussive noises of the frequent gunplay fairly crackle across the speakers. 4/5

Extras: a package of deleted scenes is the only extra material on the disc. As is often the case, while interesting to watch, their exclusion from the finished product is understandable. 3/5 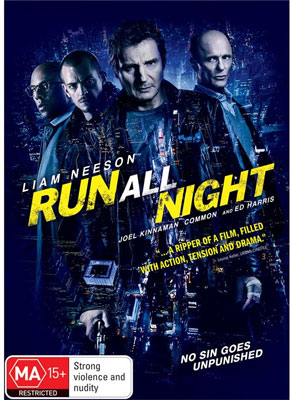