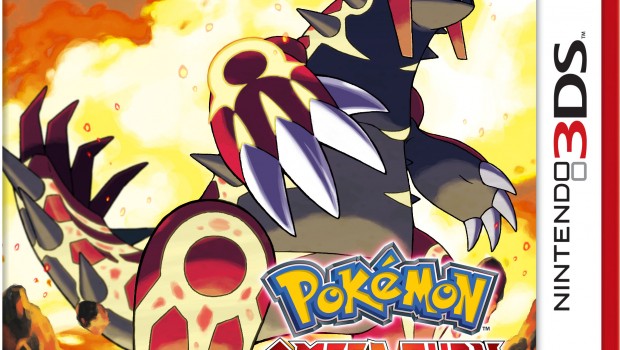 17th December 2014 – With Christmas just weeks away, Nintendo Australia announces two new records set through sales of Pokémon titles for the Nintendo 3DS family of consoles in Australia and New Zealand. Firstly, the record for biggest ever first week release for a Nintendo title – over 100,000* units previously set by Pokémon X and Pokémon Y just last year – has been surpassed by the latest core Pokémon titles. With combined sales exceeding 120,000* units in the first week, Pokémon Omega Ruby and Pokémon Alpha Sapphire has been taking players on a new adventure exploring the origins of Mega Evolution.

With new Mega Evolutions of favourite Pokémon characters, new areas to explore and new ways to travel, fans who fell in love with the original Pokémon Ruby and Pokémon Sapphire games will feel like they are embarking on their adventure through the Hoenn region for the first time in these record-breaking titles. In the same week, Pokémon X and Pokémon Y became the highest selling Pokémon games in Australia and New Zealand, taking the record from Pokémon Diamond and Pokémon Pearl, which released for Nintendo DS in 2007 – selling over 330,000* units life-to-date.

Launched on 12th October 2013, Pokémon X and Pokémon Y were the first core Pokémon titles to feature gameplay in 3D, and introduced players to Mega Evolved Pokémon in an exciting adventure through the Kalos region for the very first time.   “We’re thrilled to see players in Australia and New Zealand embracing the latest Pokémon titles on Nintendo 3DS” said Darryl Mohr, Nintendo Australia’s Director of Sales and Marketing. “Considering the install base of Nintendo DS at the time of Pokémon Diamond and Pokémon Pearl, these two new records are a testament to the quality of Pokémon titles available for the Nintendo 3DS family of consoles heading into the holiday season.”

The local announcement follows the recent news that as of 21 November, over 7.7 million units of Pokémon Omega Ruby and Pokémon Alpha Sapphire had been shipped worldwide, and together with the recent release of two new bundles – Nintendo 2DS Transparent Red + Pokémon Omega Ruby and Nintendo 2DS Transparent Blue + Pokémon Alpha Sapphire – there will be plenty of options for fun with the latest Pokémon titles this Christmas. * Sales data provided by NPD Group and Nintendo Australia.