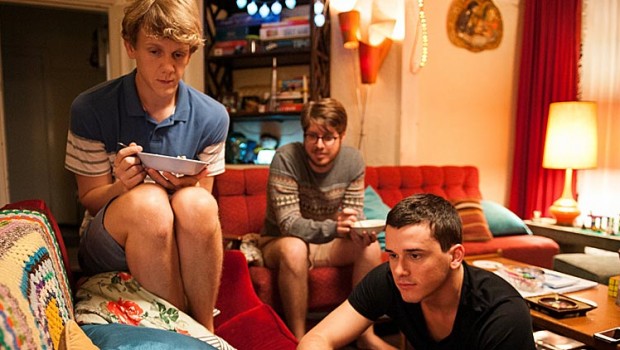 Universal Sony Pictures Home Entertainment is releasing Please Like Me: Season 3 on DVD from January 14, 2016.

This season starts with Josh desperately trying to court his love-interest Arnold with elaborate dates, nearly inedible vegetarian meals and grand romantic gestures. Despite this relentless attempt however, he still can’t seem to win him over. Meanwhile, Arnold is preoccupied formulating a ‘coming-out’ strategy for his charmingly wealthy parents, which does not go entirely as planned. This along with life threatening surgery, infidelities and an unforgettable family Christmas lunch are all the reasons you need to indulge in this endearingly delightful instalment of Please Like Me. Join Thomas as he navigates through a cacophony of life’s most fabulous exploits and creature comforts; food, sex, drugs, dancing, singing, secrets and a transgender chicken with his trademark obscure hilarity.