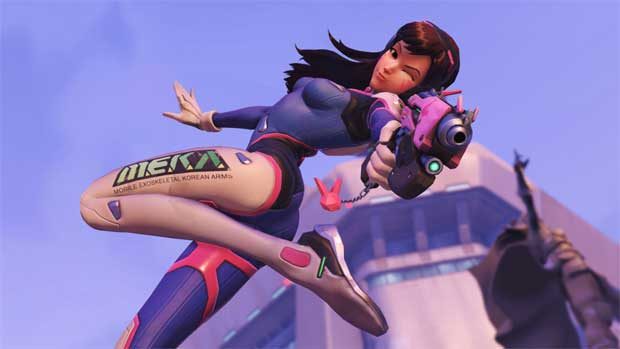 Play Overwatch on your Mac!

I am an equal opportunity gamer, so I play on consoles, tables tops, and a PC gaming rig at home. I don’t rely on my Mac for gaming – I primarily use Parallels Desktop for Mac to virtualize games on my Mac when I can’t be at home to pick a game out of my Steam library. That isn’t the same story for a lot of Mac gamers though – they were as shocked as I was when Blizzard released Overwatch and saw that they didn’t have a Mac edition! There are a ton of people trying to play Overwatch on Mac. As much as we would like to be, we are aware at Parallels that we are not yet the premier gaming resource for people who want to game on their Mac (but trust me, we’re working on it!). Underlying architecture make it difficult to virtualize graphics in 3d environments that so many AAA titles require these days.

So when I came across this tweet, I was impressed that someone was playing Overwatch on their Mac, and then proceeded to share with everyone in the office. (You have to admit, it’s pretty funny seeing all the characters in Overwatch bald – all but Winston – how odd is that??)

We reached out to Blizzard about this problem and we were so thrilled to work with them! Not long after that we were playing matches in the Parallels office on our Macs!

If you have Overwatch already, I am so happy to say that you now have an option to virtualize Windows and play it on your Mac! (as our product manager Kurt is demoing below. Just because you can play Overwatch on your Mac, doesn’t make you good at it as he is also demoing below! Ha!) – https://youtu.be/p-0Mf8EWIB0

Parallels doesn’t give you the exact performance you would have if you were playing on your gaming PC, but we do give you the opportunity to play Overwatch those times when you’re not on your PC at home! I wouldn’t recommend you jump into a competitive match, but Overwatch on your Mac is a great way to fill that Overwatch shaped hole in your heart while you’re on your Mac!

Try Parallels Desktop 12 for Mac for yourself – our trial is free for 14 days. You can see for yourself how great it is to play Overwatch out and about on your MacBook!