PILOT A ROBOBOT ARMOUR AND SAVE PLANET POPSTAR FROM A ROBOTIC ARMY IN KIRBY: PLANET ROBOBOT, COMING TO NINTENDO 3DS ON JUNE 11

15th April 2016 – Planet Popstar is being invaded by the Haltmann Works Company and its robotic army, and only Kirby can put a stop to their machinations in Kirby: Planet Robobot, releasing exclusively for Nintendo 3DS family systems in Australia and New Zealand on June 11. Enemies better beware, as not only has Kirby got a range of both new and returning Copy Abilities, but the Robobot Armour that Kirby can pilot can make use of Scan Specs too!

In Kirby’s latest platforming adventure, Kirby can now explore Planet Popstar in brand new ways, as he can move scenery, access new areas, and uncover secrets by using the Robobot Armour’s handy Wrench. That’s not all it can do either, as by scanning enemies, it can unleash more powerful versions of some of Kirby’s well-known Copy Abilities, some of which change the platforming action in brand new ways. By analysing an enemy with the “Jet” Scan Spec, Kirby’s Robobot Armour will engage Jet Mode, causing it to fly across the screen in shoot-‘em-up style, while the “Wheel” Scan Spec activates Wheel Mode, turning Kirby’s Robobot Armour into a car that races between the foreground and background.

Kirby himself also has a few new Copy Abilities which bear more than a passing resemblance to his competitors in the Super Smash Bros. series. Swallowing certain enemies will allow Kirby to unleash the power of his mind with the “ESP” ability, or throw pills and attack with a clipboard as “Doctor” Kirby. By scanning in the Kirby amiibo from the Super Smash Bros. Collection* our pink hero can also become “Smash Bros.” Kirby for the first time since Kirby and the Amazing Mirror. With this newly updated Copy Ability, Kirby can unleash the powers that make him such a formidable fighter, like the Hammer Swing, Final Cutter, and the Stone attack, as well as the ability to shield from enemy attacks..

Other Copy Abilities can also be awarded via any currently available amiibo, often bestowing Kirby with an ability based on the character that was tapped. Become “Fire” Kirby with any Mario amiibo, let loose with the Parasol by scanning Princess Peach, send Sparks flying with Robin, or show off your swordplay with one of the other Fire Emblem character amiibo.

Releasing alongside Kirby: Planet Robobot will be the Kirby Collection amiibo, consisting of Kirby, King Dedede, Waddle Dee and the mysterious Meta Knight. Tapping the latter three amiibo will grant Kirby a unique ability and a change of costume based on the character scanned, while the new Kirby amiibo will give our hero the UFO ability, allowing him to float in the air indefinitely and unleash powerful Heat Beams on unsuspecting foes. Fans eager to get their hands on this ability can also choose the Kirby: Planet Robobot – amiibo Bundle, which includes a copy of the game and a Kirby Collection amiibo of Kirby.

The Kirby Collection amiibo will also give Kirby a collectible sticker that can be used to customise the Robobot Armour. Additional stickers can be found by exploring each stage, or received via StreetPass from other players with a copy of the game By searching each level, Kirby can also find hidden Code Cubes, which will unlock additional stages after a certain amount are collected in each area.

But there is more! One new mode is Kirby 3D Rumble, a single-player isometric action-puzzler which tasks our hero with sucking up objects or enemies and eliminating all foes in as few moves as possible. By sucking up multiple enemies at once, Kirby can then unleash a powerful Star Bullet that will plough through any remaining foes caught in its blast and maximise his score.

Another new mode comes in the form of Team Kirby Clash, an action game with RPG elements which allows players to play with CPU-controlled team-mates, or join up with up to three other players via local multiplayer or Download Play** to take down a more powerful enemy as soon as possible. Kirby can choose between four classes based off of traditional RPGs, like the Sword Hero, Hammer Lord, Doctor Healmore, and the Beam Mage. After each battle, each Kirby will gain experience and has the potential to level up, improving stats that will aid in subsequent battles. During battles, enemies also have the chance to drop four pieces of a magical tablet, which when gathered together will allow players to unleash special co-operative attacks.

It’s the rise of the Robobots when Kirby: Planet Robobot unleashes robotic fury on Nintendo 3DS family systems as it launches in Australia and New Zealand on June 11. The game will also launch as an amiibo Bundle on the same date alongside the Kirby Collection amiibo. 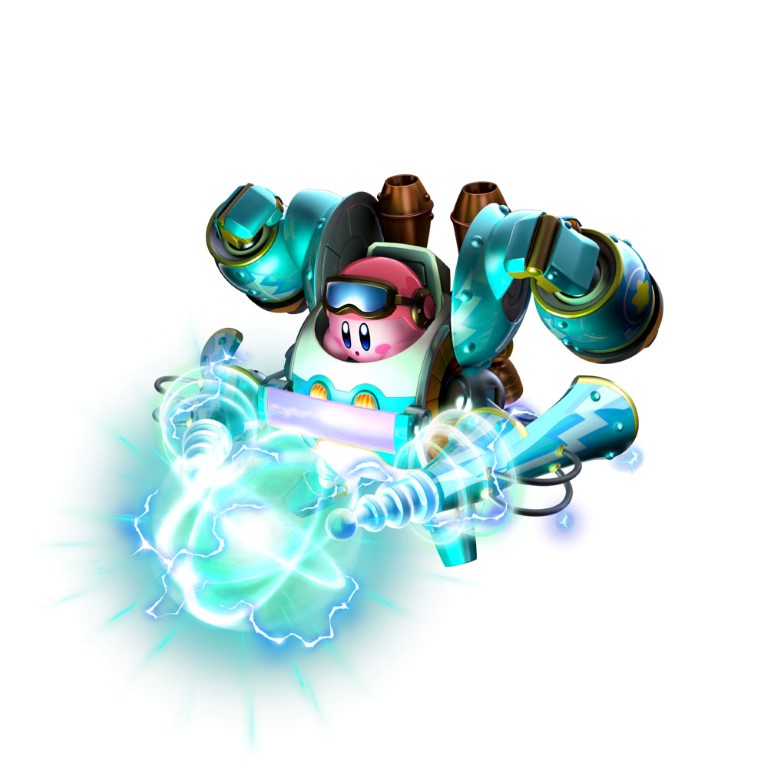 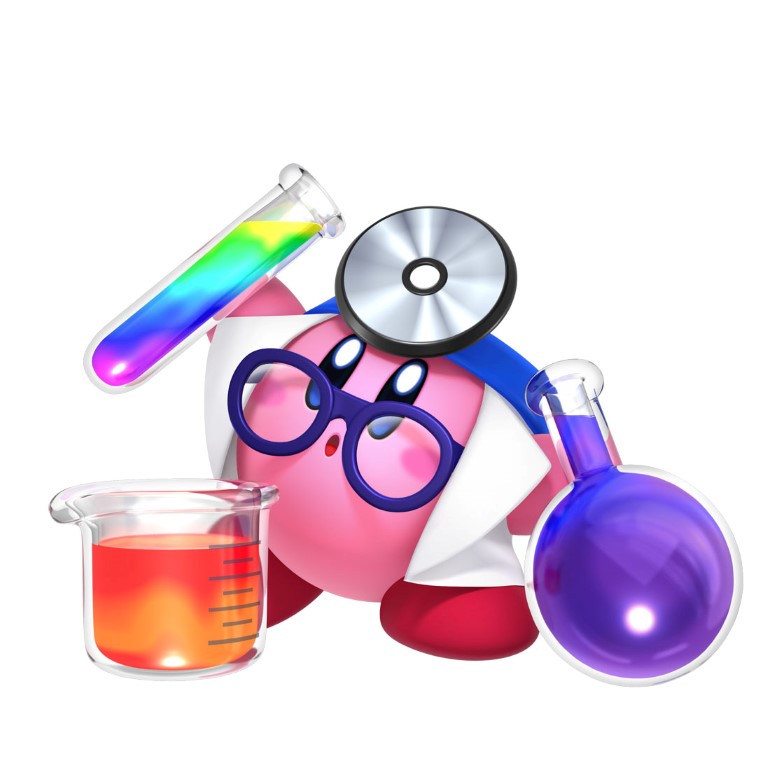 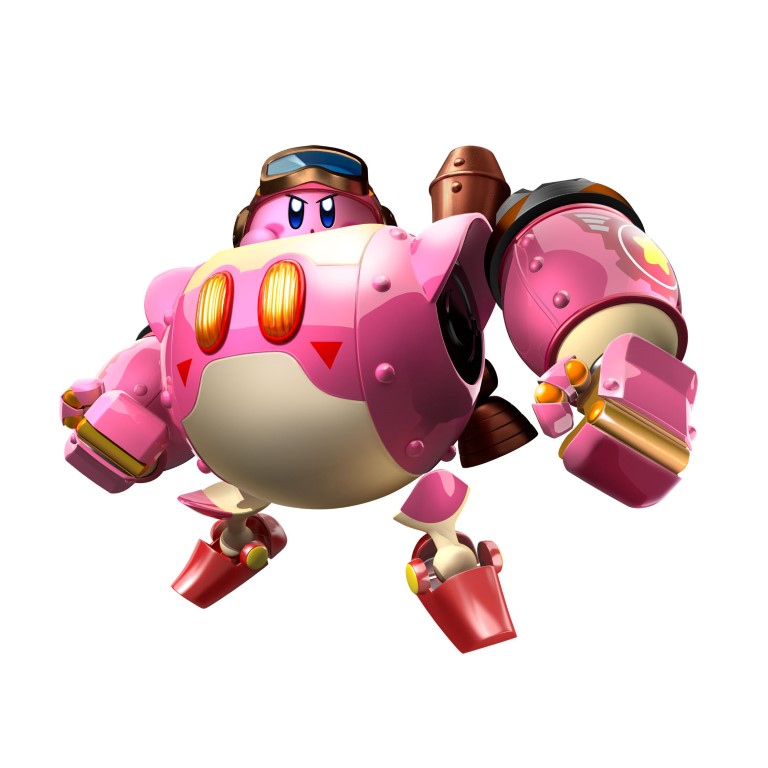 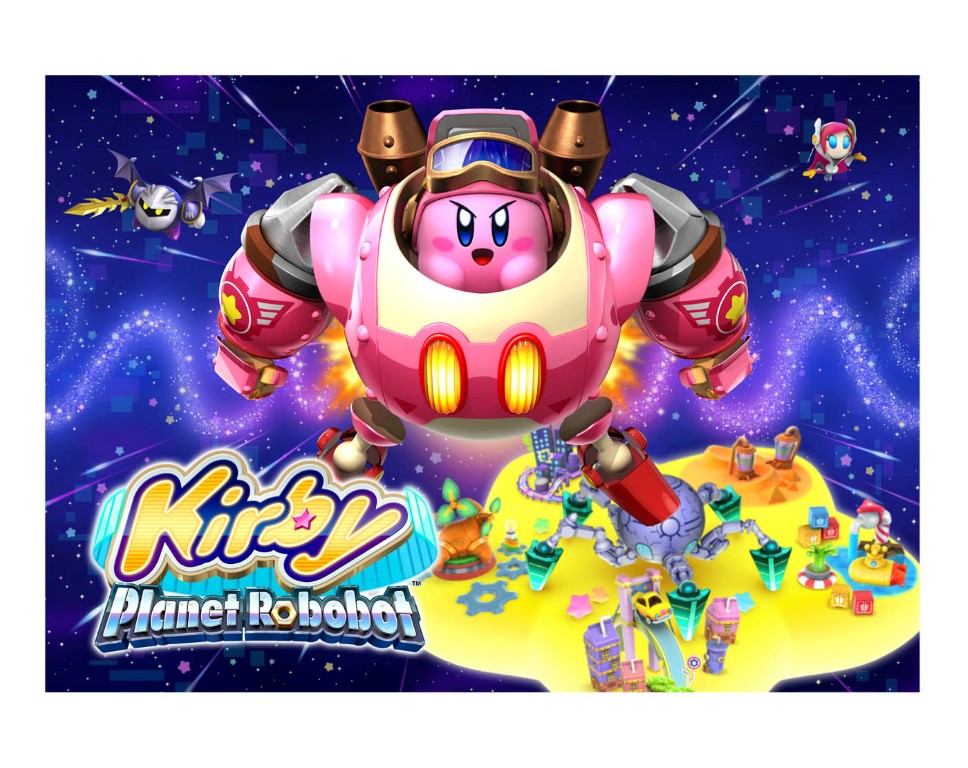 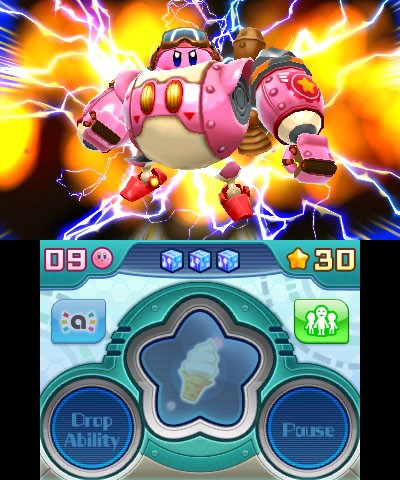 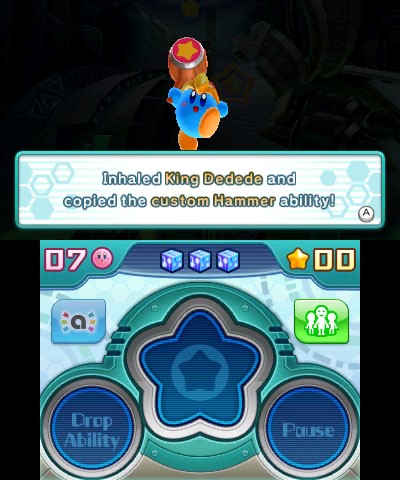 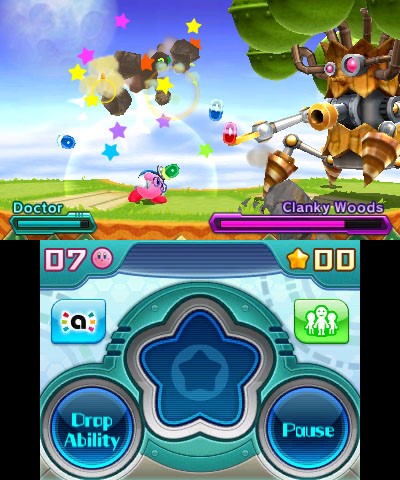 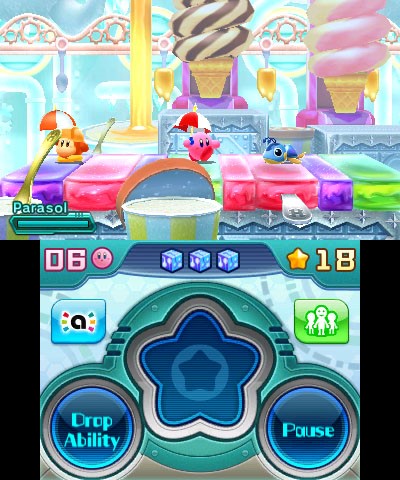 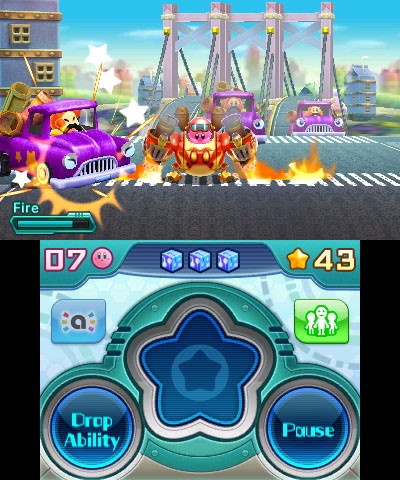