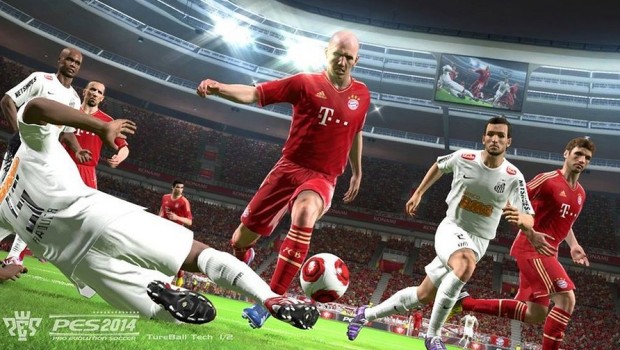 Summary: PES 2014 really challenges the world of video game soccer games by implementing revised gaming mechanics and some impressive use of physics. It's a shame that the game does not have full licensing rights but if you're a fan of soccer, you really need to check this game out, especially for its local and online gameplay.

PES 2014 slams its way onto the PlayStation 3 that boasts a new game engine with some amazing physics to create one of the most realistic Pro Evo Soccer experiences since the franchise began. The game also removes a few key components from the previous game such as streamlining the Master League and removing the equipment system in lieu of a team based point system that links directly to your players abilities.

Add in a very cool online multiplayer component and PES, especially with the new Fox engine is shaping up to be a real contender to FIFA 2014. Although the game does not have the powerful license line-up of FIFA, thankfully it does include some of the worlds greats like Christiano Ronaldo who not only looks like him but also plays like him. There are also another 49 star players and thanks to the Player ID system, each of these virtual soccer players are similar to their real-world counterparts in not just looks but also moves. 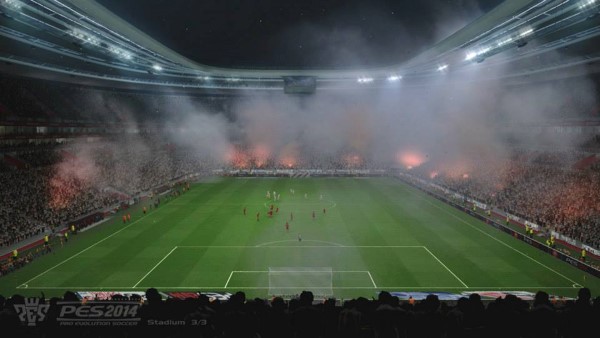 Graphically the game is far superior than previous games, however Konami have removed some of the cutscenes that as a result makes the game a more compelling and a true sports simulator opposed to an arcade game. When you first see the graphics, especially in-game, you will be amazed at how realistic the animation and visuals are. This is especially true with the TrueBall tech and Motion Animation Stability System that makes everything considerably more fluid and how the players track the ball and more importantly how you control them. 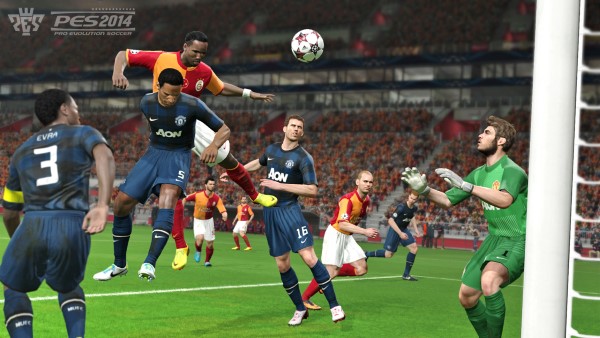 For those new to the series, there are assist settings to help you out with the controls but for more veteran Pro Evo fans, you can adjust these to find the perfect combination. Another new feature is the combination play component which allows you to create some brilliant team work while playing, especially changing tactics on the fly. Switching between players is done via the L1 button with passes done via the circle and x buttons.

Then you have the physics engine and without putting on a pair of boots, this is as close as us mere mortals will get in playing international soccer. The players on the field are also quite realistic and when you see the 22 soccer players on the ground, it almost looks like you are watching TV itself. With that said, the new physics engine really adds an element of strategy to the gameplay, especially how each player handles the soccer ball differently. 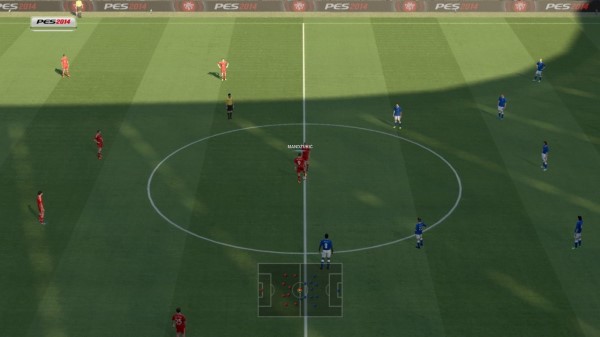 This is quite evident with the more powerful players who have some great footwork techniques and it’s a joy to see them handle the ball like soccer gods. Defending and attacking also feels smoother, especially when you have control of the ball and while you are controlling your player on the field with the left analog stick, it’s easy to feint another direction to confuse your attacker.

As mentioned, this is the best looking PES game to date and although it’s still not as slick as FIFA, it’s getting closer each year. Commentary is a little bit of a mixed bag for PES 2014 and although it’s not fantastic, it’s not bad either but it does need to be spiced up a little. Apart from that, crowd sounds are perfect as are all the soccer sounds from the field.

PES 2014 really challenges the world of video game soccer games by implementing revised gaming mechanics and some impressive use of physics. It’s a shame that the game does not have full licensing rights but if you’re a fan of soccer, you really need to check this game out, especially for its local and online gameplay. Graphically, it’s very impressive thanks to the Fox Engine that goes hand in hand with the refined gameplay. It’s definitely a great time to be a PES fan!