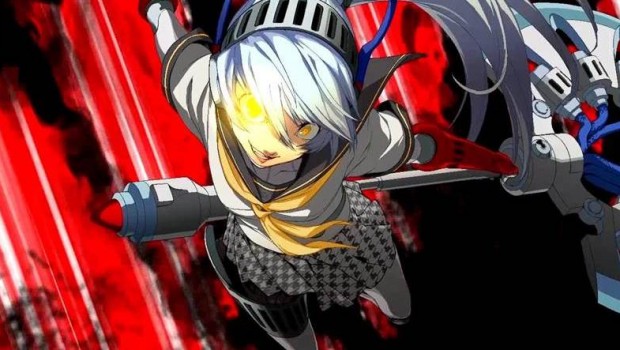 Summary: As fan service, Persona 4 Arena Ultimax is a treat

Who is Persona 4 Arena Ultimax designed for? Is it for fans of the Persona series and its brand of quirky characters, dense narrative, grueling yet rewarding battle system and dating sim mechanics? Or is it for fans of hardcore fighting games, those that reward endless hours mastering precise button combinations, repeated over and over until your fingers are bloody stumps of satisfaction from pulling off that finishing move? The answer is, of course, both and can even be extended to general fans of gaming, although the aforementioned groups will get the biggest kick out of it. 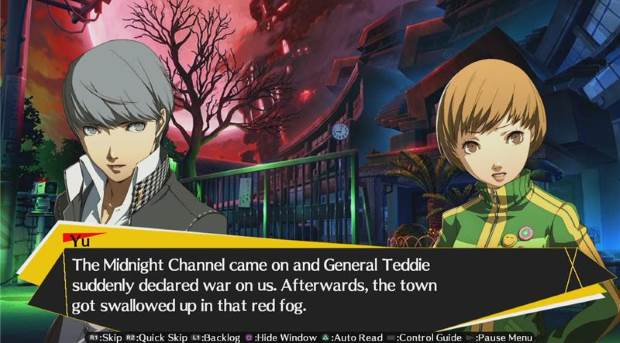 Persona 4 Arena Ultimax is billed as a sequel/update to the unexpectedly successful Persona 4 Arena, although the update label is doing it a disservice. What we have here is an all-new story, an expanded roster and finely tuned fight mechanics that more than justify its release. The story mode will be the main draw card for pre-existing fans, while also representing a possible stumbling block for entrants into the series. Those who are used to story modes of fighters being a couple of short nonsensical vignettes in between carnage, followed with a short ending cinematic may be overwhelmed by the story and presentation. It plays out like a visual novel, static backgrounds with character portraits outlining the action, with the occasional anime cut scene sprinkled in. Oh, once every now and then you actually get to fight as well! 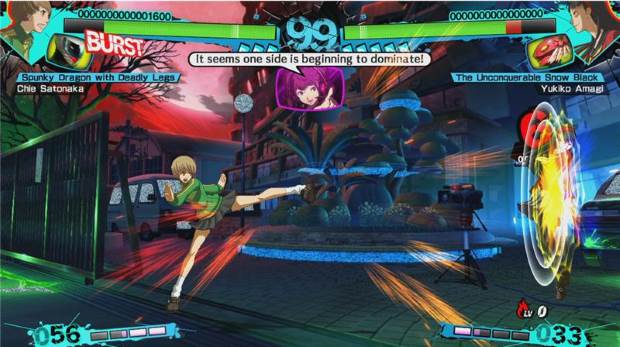 Those looking to get into the action straight away may want to investigate the Arcade Mode, as it takes some time for the actual gameplay to start. For those content to wait, the story doesn’t compare to the RPG’s that it is based on, but the main joy comes from checking in with the delightful cast from both Persona 3 and 4. The story consists of two different episodes, which follow both casts. Seeing what everyone has been up to – especially Ken, Yukari and Junpei, who enter the fray this time – is great and watching them all interact is the best part of the story mode. Those who haven’t spent significant time with the characters may not be overly interested in their stories but longtime fans will be very satisfied. In fact, those that are more interested in just spending time with the characters can opt to skip the battles entirely.

It’s a good thing then, that the characters are also a joy to fight with and all have their own advantages and disadvantages. This is not a bare bones fighting game, despite being easy to pick up and play. Auto-combos enable players to tap one button and still feel like a combat king. For those that scoff at this, they will be pleased to find that the mechanics and they can spend plenty of time mastering more detailed combinations. The roster also leads to a number of different fighting styles, and each character also has a shadow version of themselves to lend an extra bit of depth. In addition to the story and arcade mode, there is Golden Arena, which strays closer to the series RPG roots. Grab one of your social links and go dungeon crawling, leveling up your attributes and skills. The customization aspect adds another layer to the brawling and is most welcome. 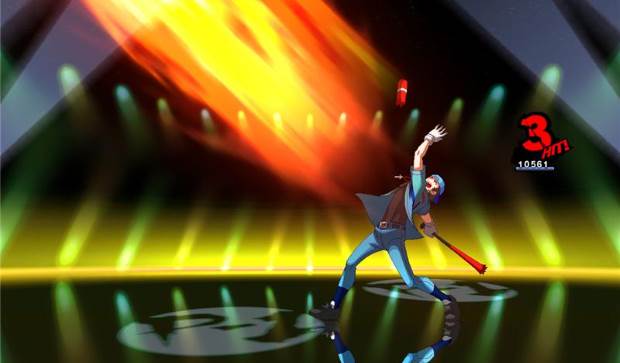 As fan service, Persona 4 Arena Ultimax is a treat. Just getting to use Rise in combat will cause some to leap with joy. So to find that the combat experience is also intricate and enjoyable is an even bigger bonus. Arc System Works and Atlus have teamed up to create a satisfying fighting experience that delivers on all fronts, even if the newbies may need to play alongside a Persona wiki.

Continuing the Story: The story picks up immediately following the events of the original Persona 4 Arena. As the heroes search for the mysterious force behind everything that’s happened, the Midnight Channel begins to air once again in the town of Inaba.

A Deep and Varied Roster of Playable Characters: Joining the fight anew are the fan favorites from Persona 3: bat-wielding Junpei Iori and the live action superhero actress, Yukari Takeba!

Unique Battle Systems: P4AU adds all-new depth to its combat system. Most of the characters now have a “Shadow” version with completely different fighting mechanics and other technicalities that appeal to the hardcore gamer and newcomer alike. 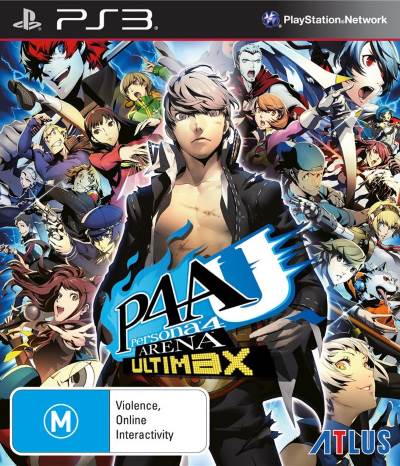