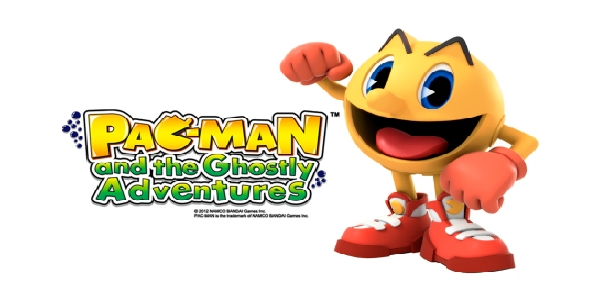 Pac-Man and the Ghostly Adventures

Summary: Pac-Man and the Ghostly Adventures is not a bad game but it’s also not a standout game either.

Pac-Man is one of the world’s first video game characters and unlike Mario or Lara Croft, our favourite ghost eating head has never quite reached his popularity from the early 80’s again. This game does try and unlike the original top down game from this era, Pac-Man returns in a 3D platformer that really transforms this yellow head into a strange gaming premise. 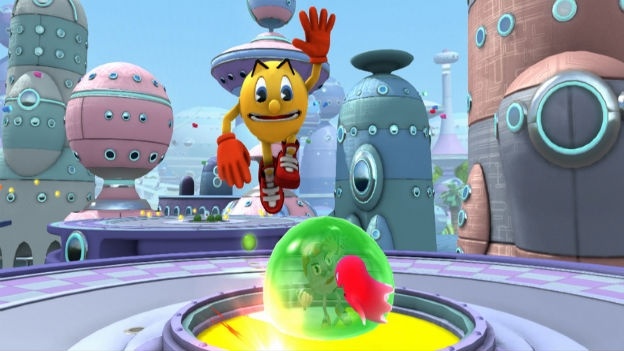 With that said, Pac-Man and the Ghostly Adventures is definitely targeted at the younger gamer as players visit the city of Pacopolis which introduces the player to the ghosts from the original game, Pinky, Blinky, Inky and Clyde. Now it’s up to Pac and his friends to believe in friendship, freedom and the future as they embark on a mission to rid PacWorld of the undead who now inhabit this world.

It’s corny but show me an arcade platformer that isn’t.

This is unfortunately where the originality of the game ends and turns the title into a stock standard arcade platformer that requires players to go from A to B, collect items along the way such as hamburgers and defeat an almost unlimited number of ghostly enemies thanks to your special abilities. Regrettably exploring this 3D world is a little limited but I guess it does help keep the player on track. 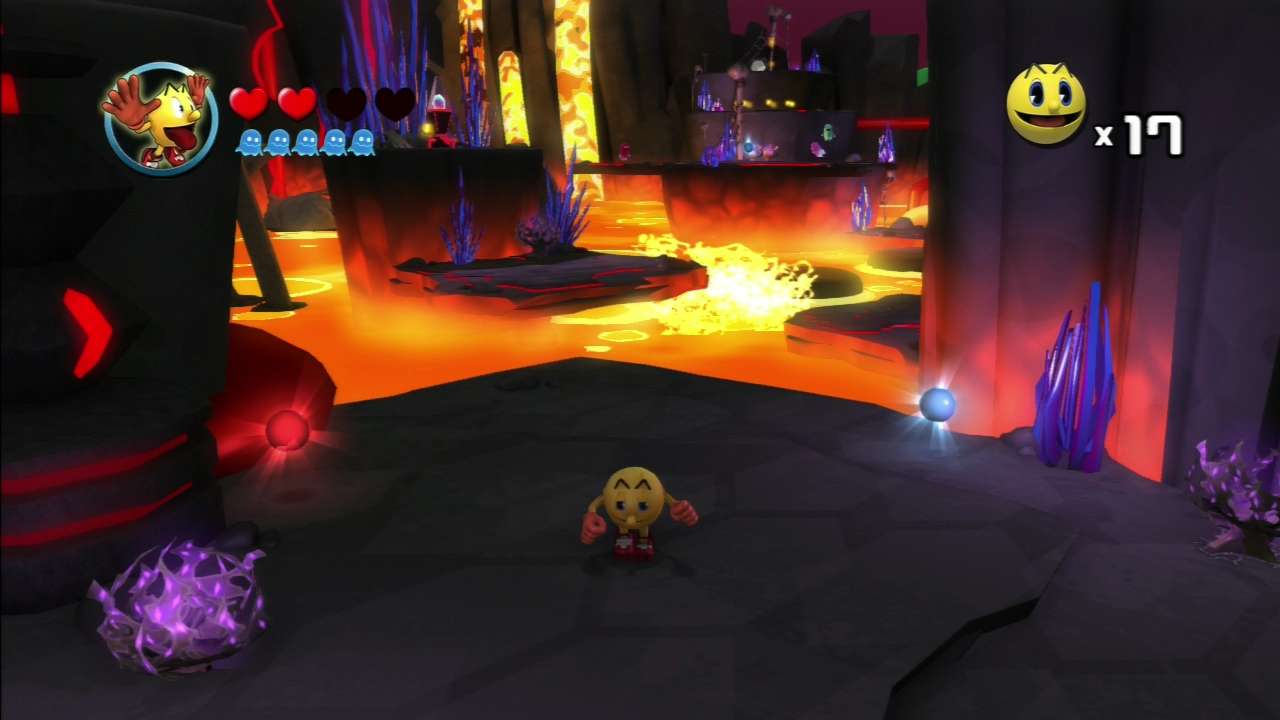 The combat of the game is okay, especially when you need to use elemental attacks on different ghosts such as fire on ice but the targeting system seems a little flawed, particularly if this game is aimed at younger players. Also in terms of combat, Pac-Man consumes all his enemies and our poor little ghosts don’t respawn like they did in the original. This is kind of cool and a little disturbing at the same time and more so because the game tells you how many eyes you have eaten.

You’re actually scored on this.

The environment that Pac explores is quite colourful and the areas are a joy to explore, mainly the more exotic ones like the floating island. Puzzles range from easy to medium in terms of difficulty and I must admit that there were a few places that had me stumped.

There are other tricks along the way and at first it is interesting but once again the game feels a little soulless and unoriginal. 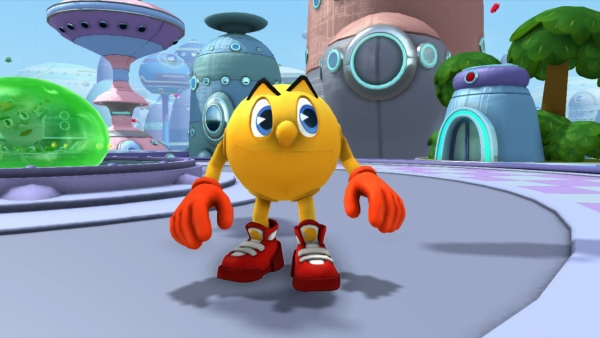 One cool aspect of the game that I enjoyed however was the multiplayer mode which allows up to four players to re-enact the classic 80’s arcade game in 3D. Opposed to the original game, you actually get to control the Ghosts which turns the tables upon our hero Pac-Man. This is definitely a fun element of the game due to the homage of the original 80’s theme, especially with all the power-ups.

Graphically, the game is decent enough, especially the colourful areas that you explore. Pac-Man is Pac-Man but the special effects in the game are great, especially the little movies at the end of the level. Music is fun and audio adds to that arcade platformer experience. It’s well presented for its intended age group. 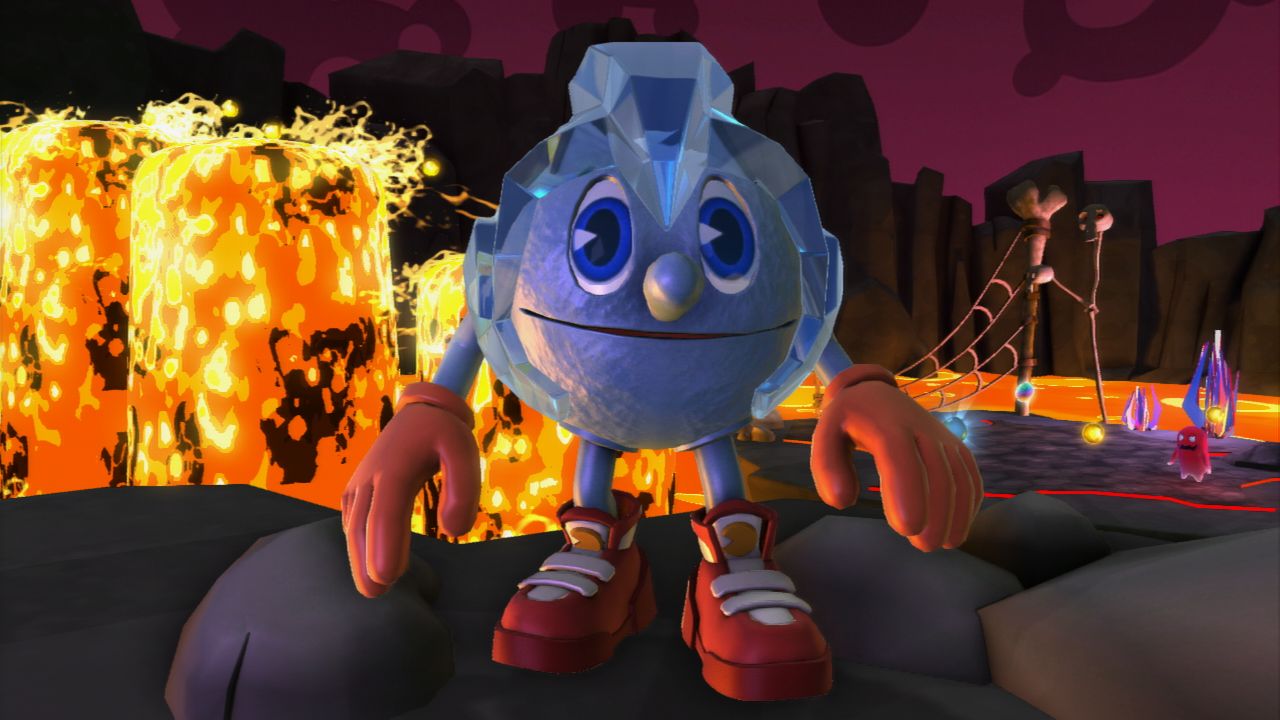 Pac-Man and the Ghostly Adventures is not a bad game but it’s also not a standout game either. The game is a little repetitive and doesn’t offer the player too much in terms of originality. Older gamers will get a kick out of it as well but unfortunately the repetitive nature hampers the gameplay and sometimes video game characters are best left to rest. 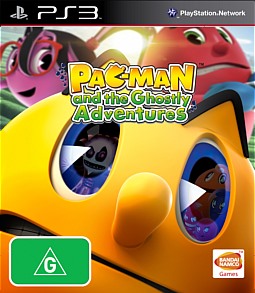