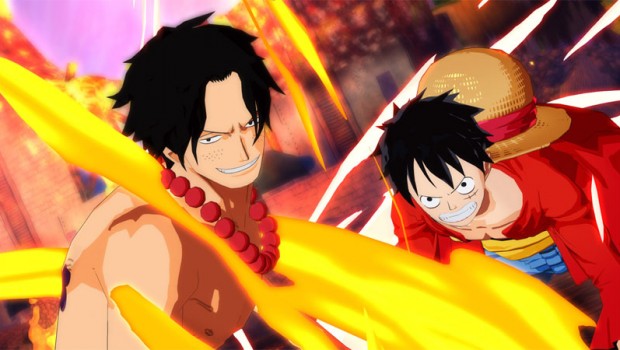 Summary: One Piece fans might take away more enjoyment from an otherwise average adventure

Approaching One Piece: Unlimited World Red with only a mild awareness of the franchise was always going to be difficult. I knew most of the Straw Hat Pirates led by Pirate King-wannabe Luffy—that’s Monkey D. Luffy—thanks to the episodes I’d watched and what I’d absorbed online. But if Unlimited World Red was going to win me over, it needed to do more than make appeals to fandom. 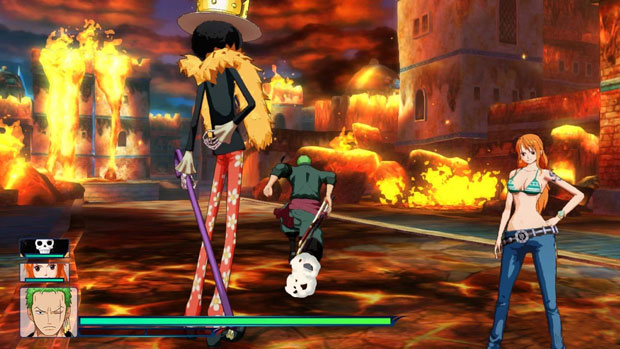 When I was first introduced to Unlimited World Red, it was (perhaps erroneously) advertised as a Dynasty Warriors clone. No such comparison can be made: the games are worlds apart. Unlimited World Red feels much more like an adventure game than it does an action game.

For a series featuring a rubber dude, a shapeshifting reindeer, and a guy wielding a sword in his mouth, combat is bland and unsatisfying. Though each of the Straw Hat Pirates plays uniquely, battles lack excitement and danger. Enemies—uninspiringly palette-swapped between areas—only serve to interrupt the player’s traipsing around; they have too much health but pose little danger to the characters, making fighting a grind instead of a challenge. Boss fights do little to change this; the slight difficulty increase comes from increased damage and health, as well as uninterruptable attacks. But even with these changes, it wasn’t until the Chapter 6 boss that I needed to heal mid-battle.

Combat interrupts what is otherwise an okay adventure game about exploring exotic locations, punching plants to collect fruit, catching critters in a net, and fishing for 30-odd-metre balloon octopuses, all in the name of transforming Transtown into a respectable city. The adventure elements, which stand almost entirely independent to the rest of the game, are what I cared most about. Fishing, particularly, was outrageously enjoyable despite being a simple rhythm minigame and providing no real tangible benefit. 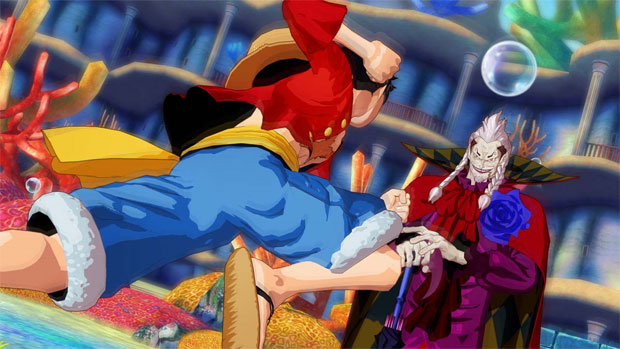 But as much as the distractions entertained me, there is the matter of a central plot. One Piece: Unlimited World Red is, disappointingly but not unsurprisingly, purely for One Piece fans. The “original plot” is original in the same way that Kingdom Hearts is original: it takes pre-established stories—in this instance, the One Piece anime—and installs a new Big Bad. For Unlimited World Red, this role is played by old pirate Patrick Redfield who apparently used to mix it with series bigshots Gold Roger and Whitebeard. Redfield can create clones, so the Straw Hat Pirates spend their time battling clones of familiar faces like Crocodile, Wapol, and Ace in replicas of the relevant locations.

This is rubbish, particularly for someone unfamiliar with the plot lines being recycled. What little originality there is to be found is ineffectively delivered; the “surprise” that Pato’s boss was the bad guy was obvious a full chapter before the party members discovered it. The core plot only kicks in in the second last chapter, making the previous locations feel utterly disconnected and irrelevant. These locations are just padding, like the battles you fight there. The finale has a nice message about not letting age or fear stop you from reaching for your dreams, but is delivered in typical anime info dump exposition, rather than being gradually revealed. 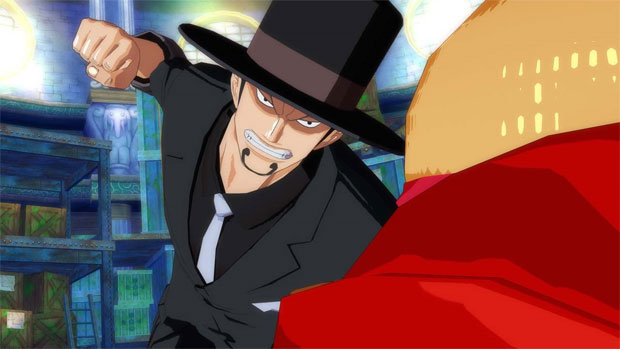 Being a fan is mandatory in other situations too. One minigame—Thriller Bark Card Rush—is a neat twist on card games Snap and Memory: the player has to quickly choose cards from a 3×3 grid matching a theme. The first theme was “Female”. The next was “Marine or Ex-Marine” and I was forced to choose randomly to have any hope. Unless I already knew these characters—or figured it out from playing once and then trying again—achieving a high score was impossible.

And yet, in spite of catering to the fans in many circumstances, there are awkward contradictions: falling in water in Transtown does nothing, and going for a dip in a battle location results only in a slight loss of health. Contrast this with the almost-certain death Luffy faces when he is submerged in water during the anime and it is easy to imagine fans being upset with the inconsistency. 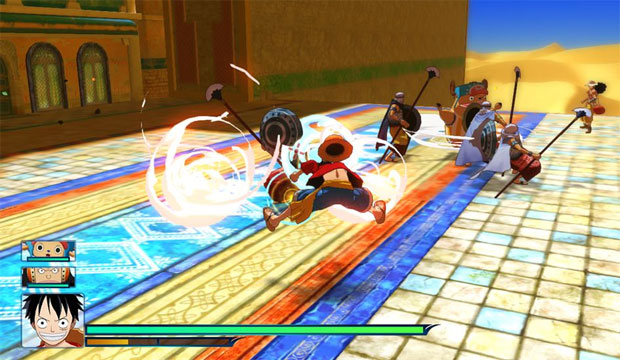 Little is on offer for those who aren’t already One Piece fans, and even the most passionate might still find the experience underwhelming. The (untested on my part) co-op mode seems like a way to share the burden with a friend, and the Battle Arena cannot rectify the fundamentally bland combat system.

But despite the myriad faults, Unlimited World Red wasn’t exactly a horrible experience. Traversing Transtown with Luffy’s Gum-Gum Rocket is hilarious. Most of the minigames are a nice break from the grind. The game itself looks fantastic in that anime-influenced 3D style and the soundtrack definitely makes me yearn for an over-the-top pirate adventure of my own. But when the main enjoyment comes from tangentially related side missions—which can be found in other games, but better—it’s hard to rate One Piece: Unlimited World Red as anything other than mediocre. 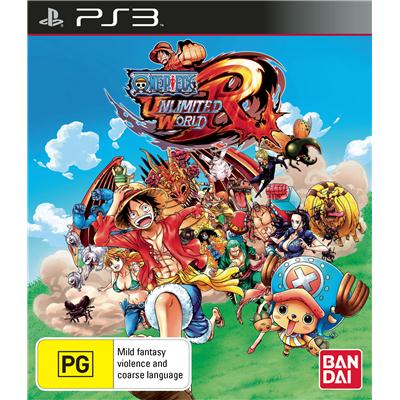