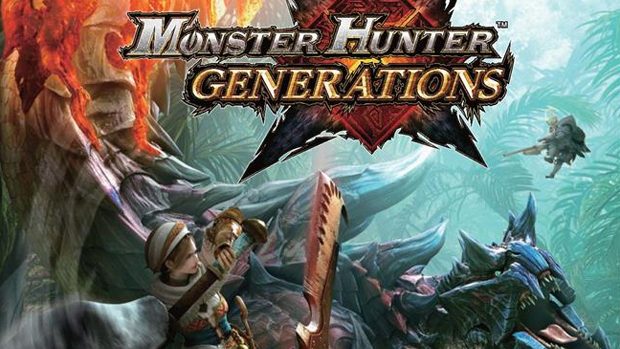 Summary: Monster Hunter Generations successfully captures what made this series so great and then amplifies it on the 3DS!

The hunt is on!

One of the most anticipated games of 2016 finally arrives on the Nintendo 3DS that allows gamers to again, dabble in the universe of Monster Hunter. Developed by Capcom, I would dub this game a strategic RPG that puts a strong focus on combat as Monster Hunter Generations puts you in the shoes of a huntsman as they attempt to dispatch a variety of monsters throughout the lands and let’s just say that some of these creatures are massive. Although killing monsters is the main drawcard of this series, crafting plays another element to the game and by interacting with the environment and using the remains of these creatures, you can create better weapons and armour for your character. 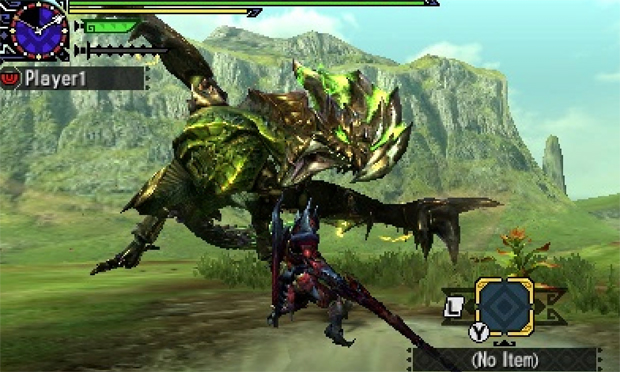 Although there is no real story perse, your job as a hunter is never simple and by visiting one of the four villages in the game, you are given various quests from the townsfolk to help eliminate them and in turn make the village surroundings a safer place. This assists with the overall illusion of a much bigger world.

You also get to interact with these characters as they give you a snapshot into their lives and sometimes this dialogue can be a little stagnant at times. Nonetheless, they all have their own unique personalities which is part of the charm of Monster Hunter Generations. Speaking of ‘generations’, the developers even include characters from some of the other games which successfully links these titles together. 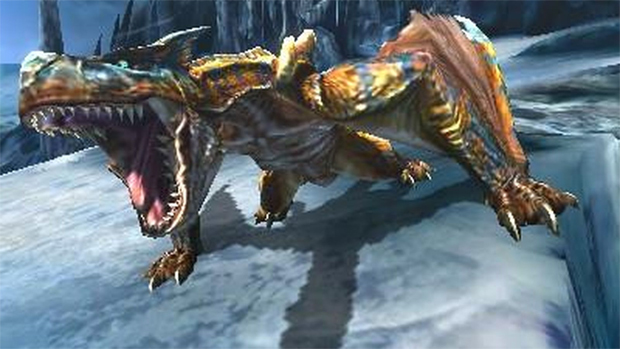 At its core, Monster Hunter Generations is a game about combat but thankfully there’s plenty of different weapons, armour and gear to support you in your endeavours. Whether you’re swinging a massive almost Final Fantasy-like sword or using a ranged weapon, gamers will definitely gravitate towards a favourite, however each of the almost 15 weapons included in the game have their own pros and cons which works with the strategy of this 3DS title, particularly to all the combos. Of course, this does add to the replay value because maybe next time you want to focus on a bow opposed to a hammer. Given that, it does make choices a little difficult because do I want to use my gunlance which is powerful but slow or something faster like a sword?

Customisation of characters is also available, including Hunter Styles and Hunter Arts which increases the scope of how combat will take place as it mixes up your strategies. Add some quite clever combo-attacks and as you progress, you’ll soon become a force to be reckoned with. Personally my favourite Hunter Style is Aerial which makes your character fly through the air in this almost Hong Kong Kung-Fu way. I never grew tired of this and the effects look great on the 3DS. 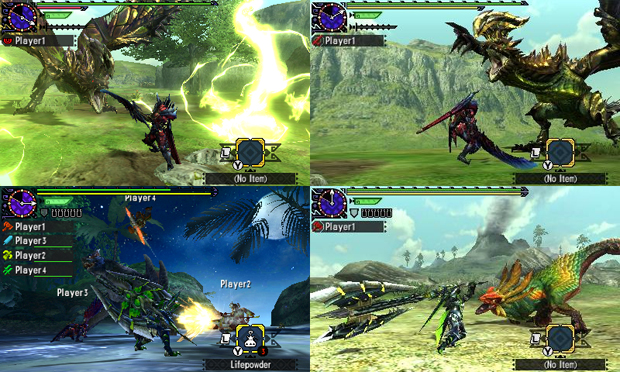 However for those who have never played a Monster Hunter title before, they may require a little bit of patience to master this system because it’s quite easy to get into the game but stringing all the combat together does take some skill, particularly when it comes to elements like dodging and bonuses. Needless to say, Capcom really open up Monster Hunter Generations to plenty of trial and error for the player. Another big change in this instalment of Monster Hunter is the ability for gamers to play as the cat-like Palico creature which have different skills than your regular hunter. I found this quite a refreshing take on the series as it allows me to explore the world from a unique slant, even with quests designed specifically for them.

The world of Monster Hunter Generations looks superb on the 3DS with detailed environments, clever use of lighting which creates this almost living breathing entity. On that note, the monsters themselves are the star of this game which have some insane attention to detail and best of all, each of the creatures that you come across have their own pros and cons which is up to the player to discover how to manipulate this. I also like how some of the monsters are based on real-world creatures just amplified to become dangerous monsters. The controls also well mapped on the 3DS control and even if you are new to the series, the gaming mechanics work on all levels. The touch screen is another important element to the controls that makes navigating a flawless experience. 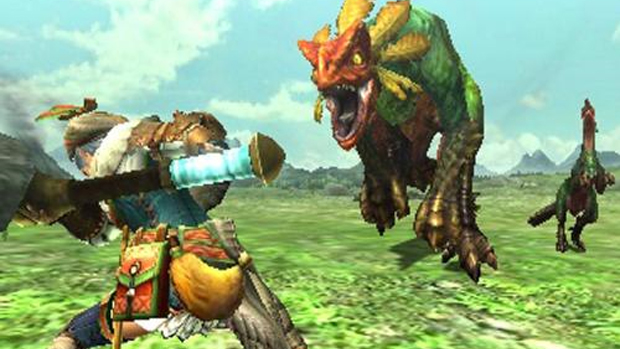 For those that want more, Monster Hunter Generations does allow up to 4-players which takes such a sturdy single player game and turns it something unique. When playing with other players, it definitely makes the experience a much more strategic one and seeing everyone perform their various combo attacks is a joy. Add the excellent level design, great character design and special effects and the graphics meld well with both the audio and the gameplay to easily create one of the best Monster Hunter experiences to date.

This game is for both veterans and newcomers alike that not only boasts excellent gameplay but great graphics to compliment your experience as a hunter. There’s some great missions to be found along the way and some clever crafting as you turn yourself into one of the best hunters in the realm. Sure, some elements do feel like grinding but somehow the developers take this and turn it into something more as you explore this living breathing world. Best of all, it’s a game that supports both single and multiplayer well so there’s really no excuse not be playing this title, especially if you like this genre. So if you need a break from Pokémon Go… Monster Hunter Generations may be right elixir. 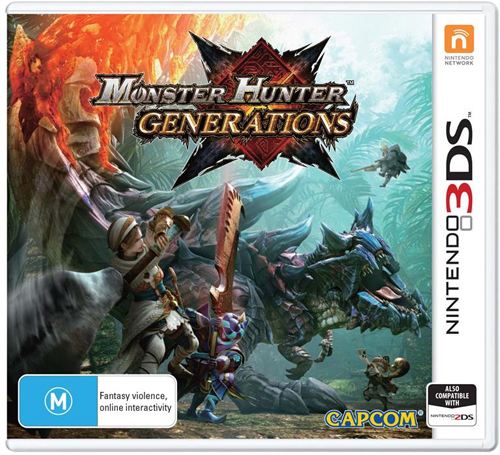