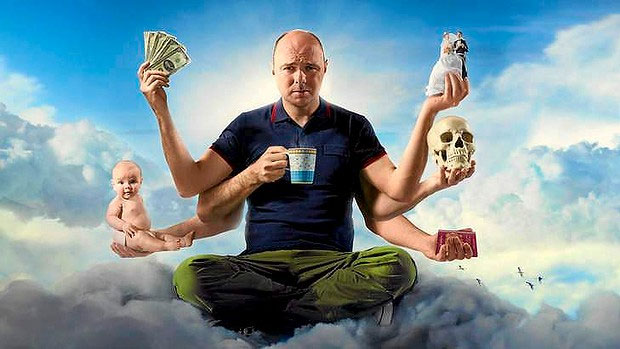 The Moaning of Life DVD Review

Summary: If you enjoyed An Idiot Abroad then The Moaning of Life is equally as entertaining but slightly more down to Earth and considerably more informative

The modern philosopher, traveller and “comedian” is back for another entertaining look at this wondrous world that we live with Karl Pilkington’s THE MOANING OF LIFE. With links to the very popular AN IDIOT ABROAD, The Moaning of Life once again follows Karl around the world but unlike the aforementioned series, Karl investigates how certain countries and cultures handle some of life’s biggest issues that include Marriage, Happiness, Kids, Vocation & Money and Death. As Karl has just turned 40, he also thought this is the perfect time to revaluate life.

“It was good to know that if everything did go tits up, there’s someone else in the world who would put up with me” – Karl Pilkington

Also, unlike An Idiot Abroad, Karl doesn’t have to keep looking over his shoulder to see what Ricky Gervais and Steve Merchant have planned for him. As a result, the series is much more focused and “relaxed” but is still thoroughly entertaining, especially seeing Karl out of his comfort zone and of course listening to his “Karlisms” or philosophies as he investigates life’s biggest mysteries. Karl eloquently sums up his experience in Japan ”Some brains are hungry for knowledge, mine just wants sausages” which is why this series is so darn enjoyable. 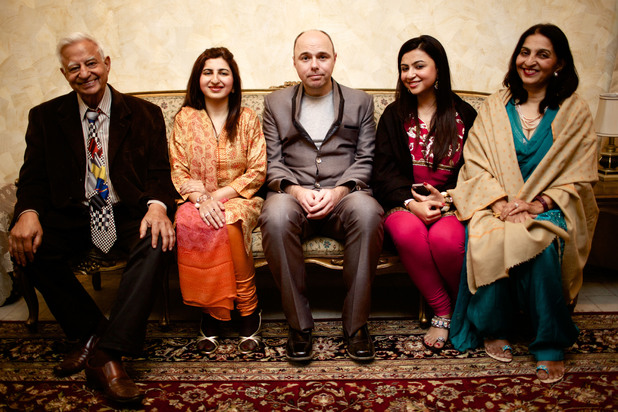 This release from the BBC / Roadshow features 5 episodes on a 2 disc set which begins with Marriage. Ironically Karl has been with his lovely wife Suzanne for 20-years but the two of them have never tied the knot. As a result, he travels the globe to New Dehli to investigate arranged marriages to California where he becomes involved in a pheromone party and finally to Las Vegas for a very beautiful (heh) Laundromat wedding as the bride and groom smell each other’s laundry. This highlight of this episode was seeing Karl being chastised by one of the women at the pheromone where he “chose” her for her scent. When she questions Karl why he liked her smell, he cannot give a answer and she doesn’t like this at all. 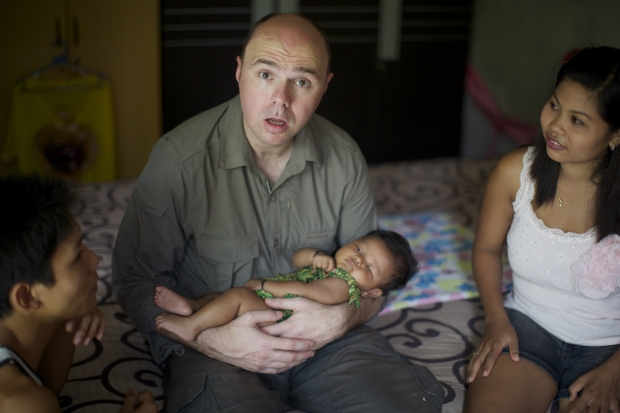 Episode two focuses on happiness where Karl travels to Mexico and the United States to investigate what everyone in the world wants. In Mexico he becomes involved in a marathon that apparently leads to happiness (he also wins a goat) and then to the US where he becomes a hip-hop clown, gets some plastic surgery and experiences homelessness. This was a really fun episode, especially seeing Karl experience “homeless” and he seemed to have a ball when he became a hip-hop clown and got a tad of plastic surgery. I’ve never seen him smile so much. Seeing Karl do the “crumpet” dance dressed as a hip-hop clown is also brilliant. From here Karl flies to Japan, saves a turtle and becomes involved in a fertility festival with giant phallic symbols. The highlight of this episode is Karl helping out a natural birthing centre in Bali plus discovering that he has relatively healthy sperm which would allow him to father children.

“Who’s the mental one here? Is it me, or everyone else?” – Karl Pilkington 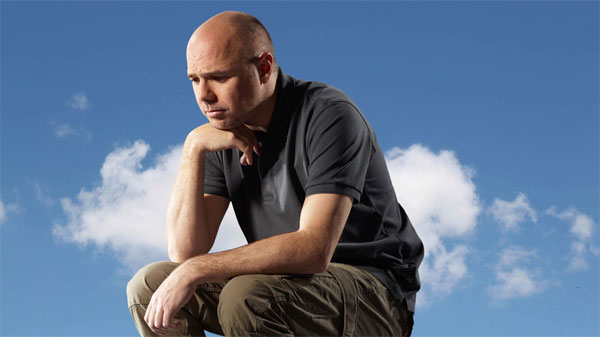 Episode 4 is about jobs and money with Karl spending the day with a jack of all trades in Japan and then flying to South Africa where he spends some time with a self made millionaire. I really loved Karl’s unique look that being rich would open up a Pandora’s box for him as Suzanne would continue pestering him for more extravagant holidays, whereas he likes staying at home. He even gets the chance to eat sushi off a naked girl but politely declines and notes to himself that her job isn’t half bad as she gets to lie around all day.

My favourite episode was the final episode that focused on death. Karl visits Ghana to get a Twix coffin made for him and Suzanne, putting makeup on a dead lady called Comfort and then flying to the Philippines to help remove a deceased body from a cemetery as there is a five year limit. Did Karl discover the moaning… err meaning of life? I think this series did open up his eyes to some very strange experiences like burying people on cliffs and help cheering up the streets of Compton as a clown but deep down, I think Karl had an awesome time which is quite infectious to the viewer. I really enjoyed this series from start to finish!

“I’ve got a fat head. There’s nothing I can do about it” – Karl Pilkington 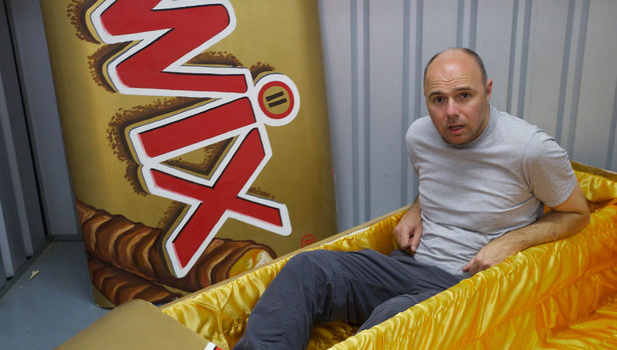 If you enjoyed An Idiot Abroad then The Moaning of Life is equally as entertaining but slightly more down to Earth and considerably more informative… like Karl, I never knew half this “stuff” existed. However I just want to see a follow-up episode where Suzanne gets her own back at Karl for everything he said about her in the series and comparing her to the dead woman called Comfort. So does Karl change his ways? Remember this is Karl we’re talking about!

Very and amusing and highly recommended!