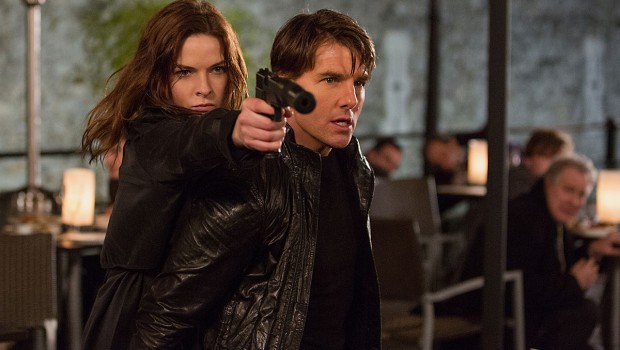 Get it on Digital HD three Weeks Early on November 18

Hailed as “most entertaining film I’ve seen this year (Weekend Sunrise)  and filled with “imaginative edge-of-seat action” (The West Australian), the global hit MISSION: IMPOSSIBLE—ROGUE NATION takes off on Blu-ray, DVD and On Demand December 10, 2015 from Paramount Home Media Distribution. The critically acclaimed action-thriller will also be available as part of the Mission: Impossible 5-movie Collection on Blu-ray and DVD, the perfect gift for the holiday season. The film arrives three weeks early on Digital HD November 18.

Loaded with “an absolute rollercoaster ride of awesome stunts and rollicking entertainment” (Hotflix), Paramount Pictures and Skydance Media’s MISSION: IMPOSSIBLE—ROGUE NATION was directed and written for the screen by Christopher McQuarrie. Tom Cruise, Jeremy Renner, Simon Pegg and Ving Rhames return to their iconic roles and the movie also stars Alec Baldwin and newcomer Rebecca Ferguson is a “star in the making” (MC Reviews) as a mysterious double agent.

With his elite organization shut down by the CIA, agent Ethan Hunt (Cruise) and his team (Renner, Pegg, Rhames) race against time to stop the rise of a new global threat, The Syndicate, a dangerous network of rogue operatives turned traitors. To stop them, Ethan must join forces with an elusive, disavowed agent (Ferguson) who may or may not be on his side as he faces his most impossible mission yet.

The MISSION: IMPOSSIBLE—ROGUE NATION Blu-ray Disc is loaded with cast and crew interviews and a commentary by Tom Cruise and Christopher McQuarrie. Plus, get an inside look at the movie’s incredible stunts, including the jaw-dropping Airbus stunt, the nail-biting underwater sequence and the riveting Moroccan car and motorcycle chase, and much more.