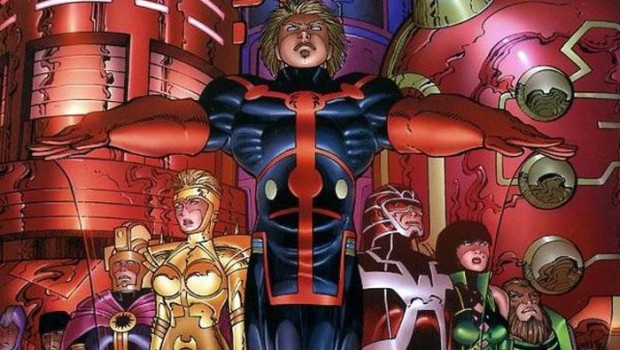 Summary: unlike the original concept by Jack Kirby, Gaiman successfully modernises the franchise in the Marvel universe and sets up the key players well.

Based on the comic by Neil Gaiman (writer) and John Romita Jr (artist), Marvel Knights The Eternals transforms this story into an action packed motion comic that is now available on DVD. For those that don’t know Neil Gaiman, he is one of the world’s hottest comic book writers and the creator who helped launch the amazing Sandman series. Romita Jr is also no stranger to the comic industry who is quite the spectacular artist and really adds to the atmosphere of this awesome tale.

The story on this DVD revolves around catalyst Mark Curry, a scientist whose world is turned into turmoil when he meets the enigmatic Ike Harris. Curry also learns that Ike is actually part of a superhuman and immortal race known as the “Eternals” who have been placed on the Earth to protect its inhabitants. To complicate the situation for Curry, he learns that he is also part of this ancient race.

The Eternals is a great introduction to these characters and I really love how the creators Shout Factory have transformed Romita’s animation into a motion comic which works quite well. Also unlike the original concept by Jack Kirby, Gaiman successfully modernises the franchise in the Marvel universe and sets up the key players well. It’s also good to see something that isn’t focused on the mainstream Marvel characters like The Avengers or Spider-Man. 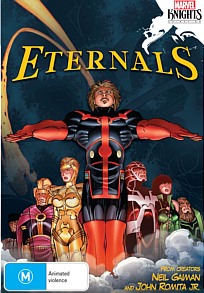