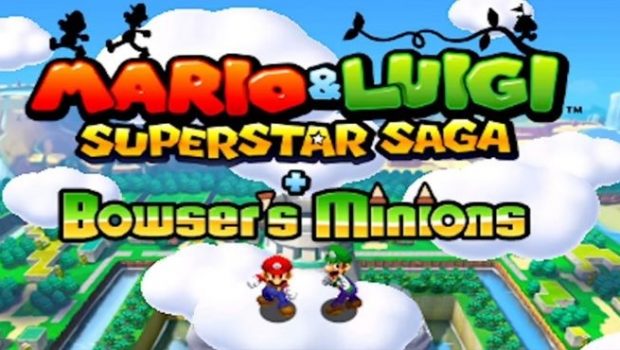 Mario & Luigi: Superstar Saga + Bowser’s Minions is a blissful trip down nostalgia lane and one of the best first-party remakes and turn-based Japanese role-playing games available on the Nintendo 3DS right now – but it’s not without its share of puzzling alterations.

As a 2017 update of a 2003 Game Boy Advance release, the remake features completely overhauled art and graphics, all-new touch-screen and Amiibo functionality and extra gameplay content in the form of Bowser’s Minions. While it shows its age a little, there’s no denying Superstar Saga is still great fun and the quirkiest side-entry in the Mario franchise to date. 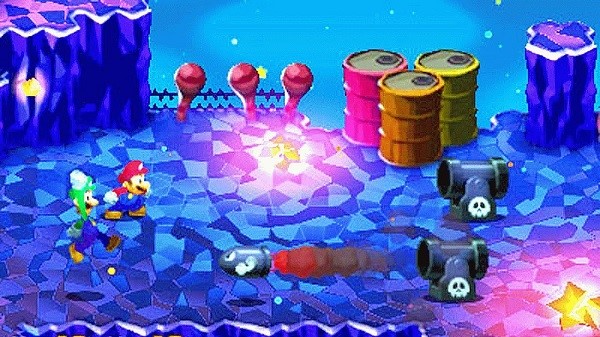 For those unfamiliar with the series, the original Superstar Saga was only the third-ever Mario role-playing game made and the first to feature the iconic brothers in equal starring roles. The end product from veteran developer AlphaDream was colourful, crazy and totally outrageous in design, gameplay and storytelling – the exotic world of Beanbean Kingdom is nothing like the Mushroom Kingdom and villains Cackletta and Fawful are ten times wackier than Bowser. Fourteen years on, Superstar Saga remains the fan favourite and capitalises on our nostalgia brilliantly, but there have been some slightly perplexing changes made along the way.

Thankfully, none of it has to do with the story. Mario & Luigi: Superstar Saga + Bowser’s Minions makes little to no changes to the main narrative and it’s basically the same humorous, incredibly zany 20 hour + quest to save Princess Peach’s voice from an evil witch and her eccentric assistant you may remember. The jokes and wit remain intact after all this time and I still found the clever writing and self-referential jokes to be appealing. For either kids or adults, the remake is well worth playing given traditional Mario games never give us anything as eccentric or laugh-out-loud, and the cameos and call-backs to other games is just plain fun.

The core gameplay of Superstar Saga is also mostly the same, with some tweaks here or there. As both Bros (Mario’s actions controlled with the A button and Luigi’s actions controlled with the B button), you explore the overworld of each distinct area of the Beanbean Kingdom, collect items from blocks, talk to NPCs, solve puzzles and engage in battles with wandering enemies in the overworld. Combat is turn-based, but what makes Superstar Saga more engaging than traditional JRPGs is the dual control mechanic and the fact you have to actively time your attacks, counters and dodges. This means every-time it’s your turn in battle, you need to hit A or B to maximise your jumps and attacks, or evade that enemy’s counter in-time. More powerful Bros. Attacks demand more precise timing from the player, but when they’re pulled off, they dish out incredible damage, often accompanied with charmingly creative animations. The dual controls also applies outside of battle when you need to jump to hard-to-reach places by using one of several unique Bros. abilities, easily selected by using the 3DS’s bottom touch-screen. 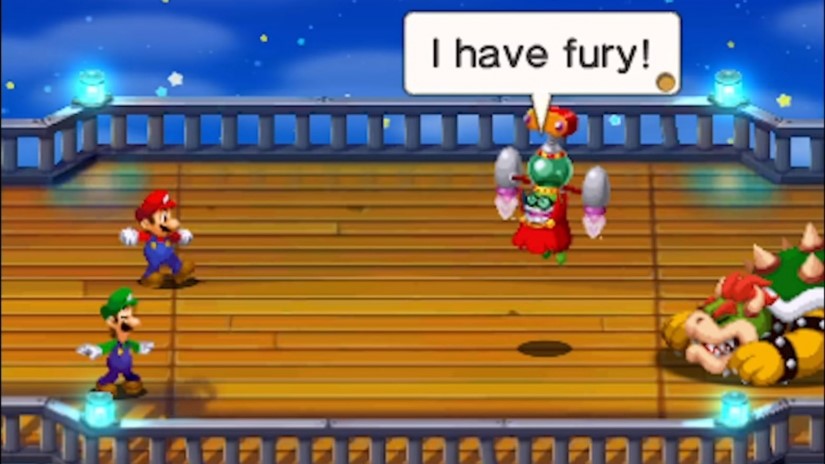 I personally had a lot of fun returning to the Beanbean Kingdom and jumping on weird and wacky enemies that weren’t just Goombas of Koopa Troopa’s (as iconic as they are), but the simpler role-playing systems in place here (no additional party members, levelling is basic and equipment and consumable item management is not really that in-depth) makes it a much more casual RPG experience in the long-run. If the brilliant story isn’t enough to keep you slogging through the game’s hundreds of combat encounters, or you need deeper role-playing elements to stay interested, Superstar Saga’s remake won’t change your mind in that regard.

The most obvious change in the remake is the completely new art overhaul, tailored to the Nintendo 3DS’s more powerful hardware. The sprite-work of the GBA original is touched up with more colour and detail reminiscent of the aesthetic used in the more recent Mario & Luigi entries, and the result is very pretty to look at. The personality and over-exaggerated animations of Superstar Saga’s cast also pop on-screen more than ever with the new visuals, and the energetic music from composer Yoko Shimomura much higher in quality this time around. This is also the first Mario & Luigi game on the 3DS to run at 60fps, but the sacrifice needed to get there was the removal of a 3D option, which won’t affect everyone but is still disappointing.

The Bowser’s Minions portion of the game is the completely new part of the package, essentially a separate campaign mode which puts players in the shoes of Captain Goomba, who aims to re-unite Bowser’s scattered army and take the fight to the Beanbean Kingdom. It takes place parallel to the main story, after the Koopa Cruiser crashes into Stardust Field, and offers a light real-time strategy experience mixed with humorous dialogue up-to-scratch with the main experience. Before each battle, you study the opposing army before choosing which units (melee, ranged, or flying) participate and said unit’s formations around the other team’s weak-points, and you need to mix up units in order to counter more powerful foes later in the campaign.

Fights themselves are a little less engaging than the pre-battle strategising: You are effectively the field commander watching each army duke it out, but you can command your troops to execute special contextual attacks and block the opposing army’s abilities with a button press to shake up the general flow of battle. While the simplistic rock-paper-scissors combat (there’s no exploration – you’re moving battle to battle here) grew a bit dull over time, I found the recruitment and management of new units (Goombas! Koopas! Shy Guys!) to be compelling enough to continue on whenever I needed a break from the main story – overall it’s a fun new diversion that will keep fans entertained for a surprisingly long time, should it click. 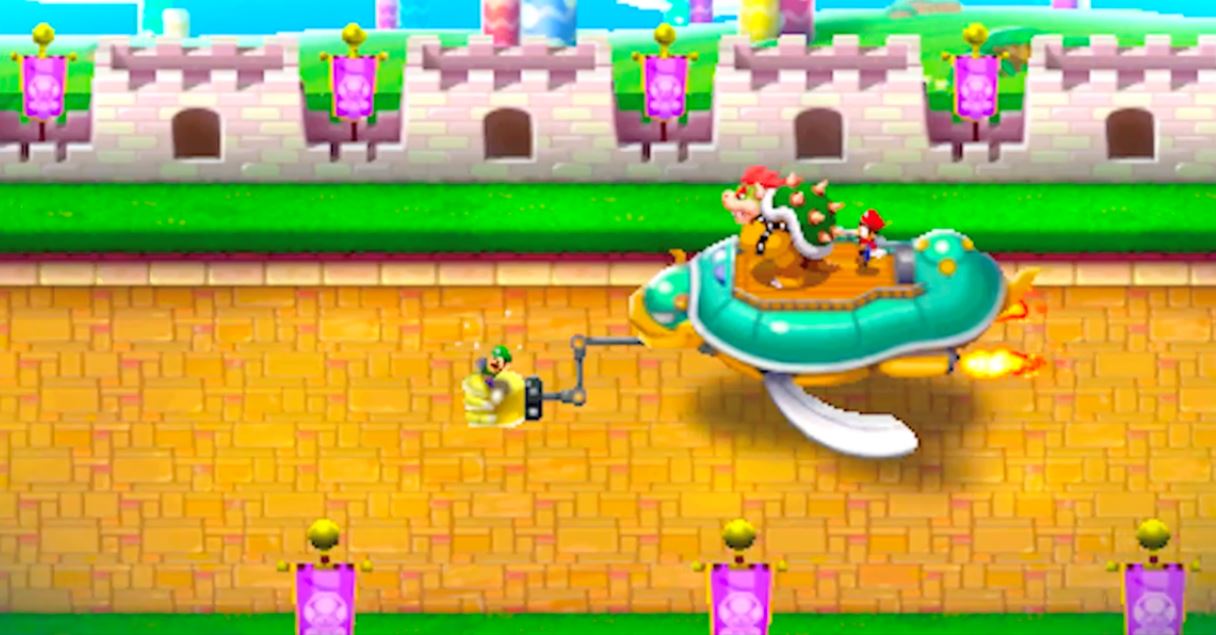 So, what about those less-than-welcome changes mentioned earlier in the review? They are mostly personal nitpicks, but noticeable ones nonetheless. For reasons beyond understanding, many of the original game’s quirkier characters and enemies have undergone what I like to call ‘New Super Mario Bros-ification” (NSMB-fied for short), which basically is my own term for describing when mainstay Mario series characters become blander or more generic than in past games. It’s happened in recent Paper Mario games and unfortunately it occurs in Mario & Luigi: Superstar Saga + Bowser’s Minions too, though much less severely. All Toad NPCs in the game are all made generic compared to the GBA original, for example, as have the Koopa Troopa and Hammer Bros, who all basically look the same with a few basic re-colours here or there compared to often completely unique appearances in the original release.

So, what about those less-than-welcome changes mentioned earlier in the review? They are mostly personal nitpicks, but noticeable ones nonetheless. For reasons beyond understanding, many of the original Superstar Saga’s quirkier characters and enemies have been replaced with blander or more generic designs more in uniform with recent Mario games. It’s happened in recent Paper Mario games and unfortunately it also occurs in Mario & Luigi: Superstar Saga + Bowser’s Minions, though much less severely. All Toad NPCs in the game are all made generic compared to the GBA original, for example, as have the Koopa Troopa, who all basically look the same with a few basic re-colours here or there compared to often completely unique appearances in the original release. Other unique enemies, such as the Hammer Bros and MechaChomp, are inexplicably replaced with sprites from Dream Team and Paper Jam. Even some unique characters like Bink and Psycho Kamek are randomly replaced with completely unrelated characters, presumably to save time on updating the sprites to the new engine.

Aside from a few personal nitpicks, Mario & Luigi: Superstar Saga + Bowser’s Minions is the best Mario & Luigi game made for the Nintendo 3DS – and that’s kind of a shame to say, considering a remake is effectively better than the two completely original and recent entries that preceded it.

Whether you’re a new or returning player, Superstar Saga holds up extremely well in both the story and gameplay departments – the great QoL changes and visual updates are just icing on the cake. Recommended for players young and old who love casual turn-based RPGs and anything Mario related.