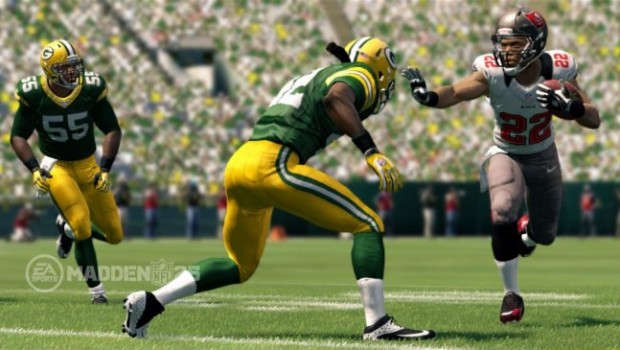 Summary: Madden NFL 25 tweaks the hell out of the franchise and brings a few new things to the table to make any football gaming fan happy.

With a new physics engine and a new connected careers mode and Kinect capabilities, Madden 25 is looking to score a touchdown with the fans. The game is looking good, playing ok, and prompted some gleeful moments as if I really scored a touchdown in real life.

Let’s talk about that Kinect capabilities. Madden 25 makes use of the Kinect’s voice recognition. Using a mind boggling amount of vocabulary to work the magic and call plays and other functions during the game. I was often confused in what to do with this option and its merits. Stumbling through them is not the way, using some of the game tutorials will get you proficient in no time. There are some commands that are surprisingly well done in the game, opening the game up even more and making it even more exciting. Setting the offense to concentrate right or left, voicing out load to challenge a play call. 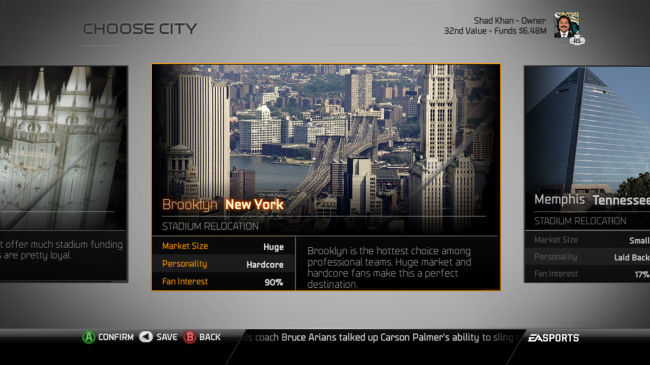 Players may use the buttons more often than not until they are at ease with the voice controls and what they do. There had been times the Kinect did not register what I was saying, it was unclear if this was the Kinect just not tuned in…or if it was player error by not pronouncing the command or making it load enough…or if the game just did not pick it up. I found myself keeping to the buttons and halfheartedly using the Kinect commands. As I progressed into the game more I found I was more at ease using the commands, I still ran into times that the game did not recognize commands at times.

Madden 25 is one of those game franchises with a lot of value for a gamer.

The game Modes in Madden 25 gives a lot for a gamer to play with, digging deep into the different aspects that the franchise has to offer.

Connected Franchise is a big deal, it’s the new name with a few new tweaks. It was called Connected Careers before. Connected Franchise keeps all the fun stuff and smooth’s it out even further for the player. Skill progression and XP for the players and the coaches have been tweaked. Making it easier for players to upgrade sooner and get out onto the field. There has been a big boost in the amount of XP that a player can earn during games and practices. The nice thing about the XP and gaining it this year is that even if you do not achieve set goals, there is still an award of at least part of the XP for completion of the drill. 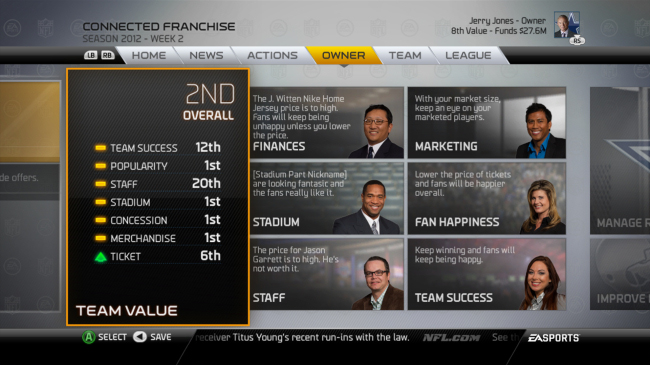 Skills trainer is one of my favorite things about the game. This gives the gamer a chance to learn some of the game nuances. In turn practicing to improve the gamer utilizes what Madden NFL 25 has to offer by way of game play. Skills trainer does not seem to go very in depth, opting it seems to give basics as the gamer tests out some of the options and things like modifiers. The precision running system is one of my favorites. Executing some of these modifiers is very simple, just a press of the left trigger gets you going. Using the modifiers gives the animations of executed moves more panache.

Gamers get a lot of control in the game. Surprisingly so. Some of the new moves gracing the precision modifier are pretty darn impressive to see, and may even cause silly grins as the gamer leads their virtual football team to another touchdown. 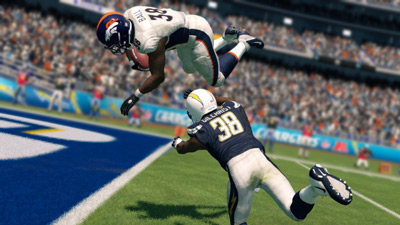 Here are some of the moves and a bit about what they do.

I am a fan of this one. Stiff –Arms. Using this against a defender. Particularly cool is when it’s used by a player with a strength rating over 90. The Stiff-Arm moves helps keep would be tacklers at bay.

A fan favorite and real life favorite when it’s pulled off well is a Spin move. Using the modifier with the spin move makes the runner cover up and protect the ball from the defenders better than just a normal spin move.

Dives are another visual eye candy that a gamer can use in a game. Being just inches away from a first down…using Dive will cause the runner to…well dive for it and grab the extra few yards. Precision modifier causes the player to outstretch the arms with the ball and go for as many more inches as they can gain. This dive is extra cool when close to the goal line. Diving over the backs of team mates and into the end zone. Celebrate that hard earned touch down! 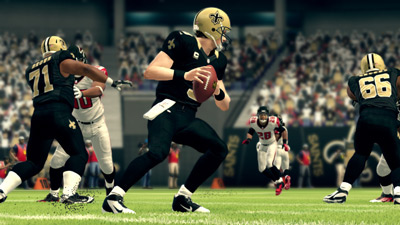 The Precision modifiers are evened out with Hurdles, stumble recovery, truck and truck spins, jukes and various combinations of over 30 moves. This all makes for a rather exciting game play experience.

Cut scenes leave a lot to be desired and seem to recycle the same few. Variety is the spice of life and it would have done well to show a lot more going on around the field than what these cut scenes do.

The interface it seems got the most noticeable overhaul. It looks good. With menus presented and looking almost like you’re browsing an internet page. The menus and interface are straight forward and easy to catch onto even if you never played a game in your life. The settings and modes of the game are presented in simple title format showing a gamer exactly what they will get choosing those options. 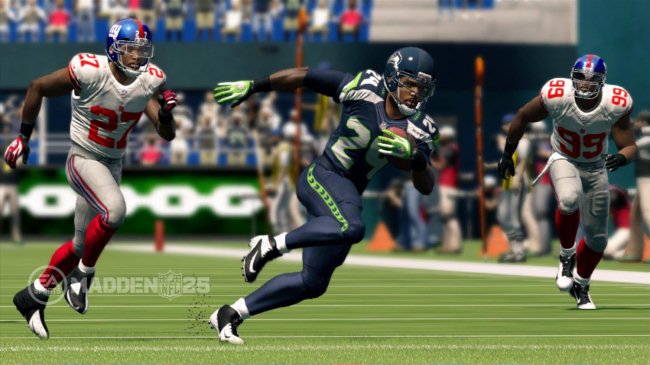 One of the all new things within Madden NFL 25 is the connected franchise Owner Mode. As an owner gamers are given a lot more responsibility. Amongst the many choices, as an owner you can rebuild your stadium, or relocate. Set prices for everything being sold for the franchise. Listen or not listen to advisors, and then of course manage and coach the team. It all ties into the money the franchise is making, so be careful because you do not want to run out of money by making bad choices.

There are a lot of deep nuances to Madden NFL 25, some of which seems to have happened from player feedback. It all comes together and makes Madden NFL 25 a worthy successor to the franchise, it’s just not a game changer as they say. Those fans that are hoping for some challenge will be pleased that amping up the difficulty level to All Madden gives a good challenge. The AI is better than past games and seems to be on a level playing field with the player controlled team.

Madden NFL 25 tweaks the hell out of the franchise and brings a few new things to the table to make any football gaming fan happy.