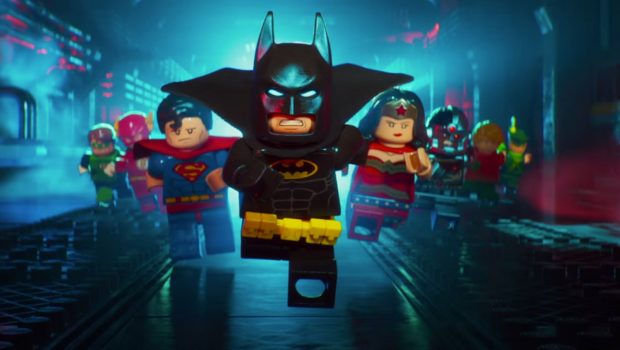 Lego Batman is the best Batman film since Christopher Nolan’s Dark Knight Trilogy. It is far more fun than anything Zack Snyder has made. Lego Batman is a very funny and well assembled animated film. Director Chris McKay utilises a strong cast well to demonstrate a deep appreciation for Batman and his universe. If you’re a Batman fan, a small child, or the keeper of a small child then you should read on.

Lego Batman takes place in the Batman universe, and gleefully acknowledges all the screen properties including the 1966 television series. It delves into the question that most Batman films only dance around: what happens to Batman when he has no enemies? After all, Batman is defined by his enemies – most famously the Joker. As it explores this, McKay presents a serious narrative about family and emotional openness costumed with irreverent humour and an encyclopaedic knowledge and love for Batman and his universe. Will Arnett is Batman, reprising his role from The Lego Movie. He is joined by Rosario Dawson as Barbara Gordon, Michael Cera as Dick Grayson/ Robin, Zach Galifianakis as the Joker, and Ralph Fiennes as Alfred. It’s a great comedic cast and they bring the perfect balance of silliness and gravitas to the story. Lego Batman is a film which will appeal to die hard Batman purists and parents watching it with their films.

In Lego Batman, Barbara Gordon has taken over from her father as Police Commissioner. She has a reputation as an excellent officer who graduated top of her class from Police Harvard and single handedly cleaned up neighbouring Blüdhaven. She vows to clean up Gotham with teamwork, community engagement, and rehabilitation. These are obviously concepts alien and frightening to the egotistical and self-centered Dark (and oh so lonely) Knight. Not content to use the absence of foes to deal with his emotional problems and raise the freshly adopted Dick Grayson, Batman tries to find a permanent solution to the Joker. Hilarity ensues.

Lego Batman is an incredibly funny film. It develops a sense of self-awareness and parody similar to The Lego Movie, but marries it to an in-depth knowledge of the DC universe. There are a constant stream of jokes and superhero references that will make adults and kids laugh out loud. The film successfully pokes fun at the Batman canon and modern superhero films. Lego Batman’s willingness to use Bruce Wayne’s relationship with his mask or his competitive relationship with other vigilante billionaires is key to its success. The rapport and energy of the cast drives the film and its laughs. Cera, Fiennes, Arnett, and Dawson bounce off each other fantastically. Dawson’ Commissioner Gordon brings a mix of pathos, sass, and humour not seen in Batman since the ’66 series.

Lego Batman is bright and colourful. While the film uses the conventions of a dark and gritty Gotham and dour Batcave, at every opportunity the screen is bathed with lights and primary colours. The Batcave has 1700 lights in one sequence, it’s visually stunning. The restriction of being confined to the Legotm universe works in Lego Batman’s favour. The heroes and villains are bright and fun, the Batcave and Wayne manor alternate between tragic emptiness and fun techno-wizardry. The animation is clear and the movement the perfect mix of Lego jerkiness and balletic dance. The sound design is wonderful. The sound of Lego has been utilised brilliantly and the gunfights will have you “pew pewing” like an emotionally deprived supervillain.

At 104 minutes, Lego Batman could have been a bit shorter. Some of the gags are overused or overplayed. The presence of Siri as the Batcomputer, and the ubiquity of Apple products, became distracting and unnecessary. The pacing wasn’t perfect either, the end of the 2nd act and start of the 3rd do drag just a little. While the DVD comes with a short making of documentary, there’s nothing else which is disappointing. But these are small quibbles about the fun and exciting Batman film that audiences have been signalling for. Whetehr you’re a Batfan or not, this is an animation well worth watching.