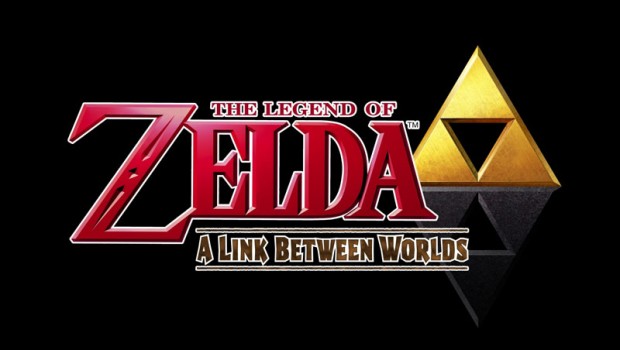 The Legend of Zelda A Link Between Worlds Review

Summary: The Legend of Zelda A Link Between Worlds takes Link into a fully functional 3D world that not only pays homage to the games of yesterday but modernises the franchise into something thoroughly enjoyable and challenging to the gamer.

The Legend of Zelda: A Link Between Worlds pays homage to the original 16-bit classic, Zelda A Link to the Past and takes these ideas and transforms it into another memorable Zelda experience with a considerable amount of additional freedom. The highlights for me was being able “fast travel” between locations thanks to a witch and broomstick, the ability to explore dungeons without being guided by the game plus turning into a 2D version of Link in order move along walls and through gaps. 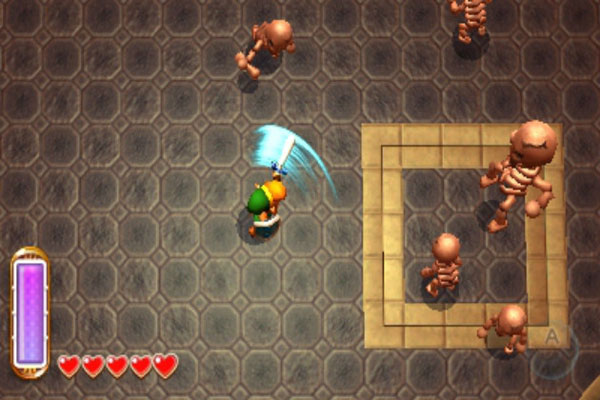 The story is set in Hyrule where a wizard has been magically turning the Kingdom’s Seven Sages into paintings and then taking them into another realm called Lorule. As a result, this wizard named Yuga has created harsh repercussions through the Kingdom of Hyrule and it is up to Link to defeat him and return the sages to their rightful place.

Like the original classic A Link Between Worlds, this game is a top-down view which harkens back to an earlier time of gaming. It actually works perfectly on the 3DS, especially with the inclusion of 3D. The use of 3D in game really enhances the gameplay, especially when it comes to puzzles.

It’s also one of the first 3DS games that I didn’t have to turn off 3D! 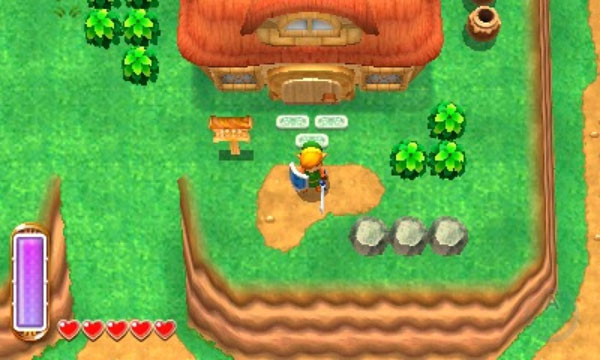 As you explore the world, you will visit dungeons and defeat new enemies in order to find Yuga. It’s quite a challenge but if you are up for it, so is our hero Link. Another great aspect about the game is that the player has access to Link’s more powerful weapons from the start such as the Boomerang and the Hookshot.

Opposed to finding these items in the dungeon, Link can rent or purchase them from the store which definitely enhances the gameplay. However if you die, you will need to rent these items again from the store keep Ravio. Also by giving Link access to these weapons early on, it gives the player more freedom in how they explore the gaming environment, especially the dreaded dungeons.

Apart from exploring the hub-world, dungeons is where the action is found. There are quite a few dungeons to explore and each of these dungeons has their own themes, enemies and puzzles. There’s also lots of items and gold to be found to assist Link in his adventure which is always a bonus. 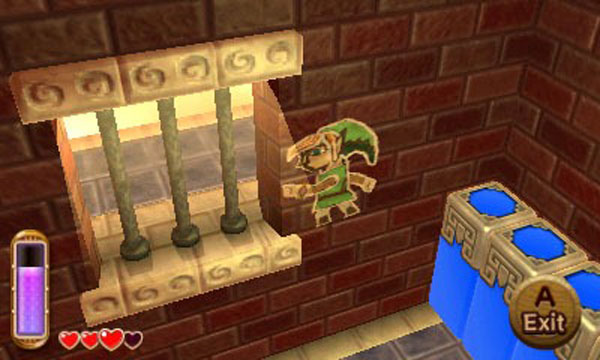 The control system is perfectly mapped on the 3DS, especially with the use of the touch screen. The touch screen definitely improves the gameplay when you are moving through your inventory or solving puzzles. Combat is fun, although like most Zelda games is a little bit of a button masher but still fun. I also love the ability of turning into a 2D version of Link which is great for exploring places that the 3D hero cannot enter. I found myself addicted to finding new places for Link.

All in all, the gameplay works flawlessly on the 3DS.

Graphically, the game is a good looking title on the Nintendo 3DS, especially when you explore some of the more colourful dungeons like fire. The game also compliments the classic 16-bit soundtrack and revamps it for the modern audience. I also loved the use of 3D in the game which actually enhances the gameplay instead of being a pain to the player. 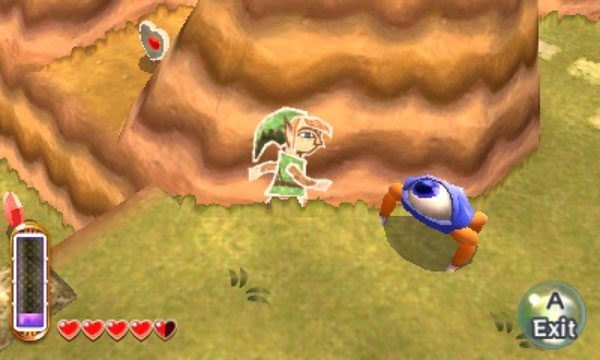 The Legend of Zelda A Link Between Worlds takes Link into a fully functional 3D world that not only pays homage to the games of yesterday but modernises the franchise into something thoroughly enjoyable and challenging to the gamer.

It’s great that Nintendo have tweaked the gameplay which results in a more enjoyable experience, especially the freedom it gives the player in exploring the various areas in the game. 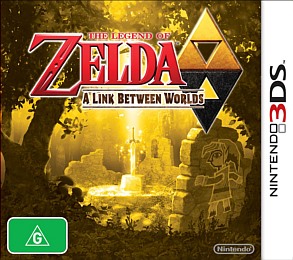 • A daring adventure awaits Link in Hyrule, where he can use his new ability to become a “drawing” and move along walls of dungeons. This opens up ways to explore and puzzle elements that give Link access to locations he could not otherwise reach.

• The game brings this top-down, 2D world to life with elevation and depth made possible by the Nintendo 3DS system’s stunning 3D visuals that reinvent classic Zelda game play at a constant 60 frames per second.

• Using the touch screen, touch and drag the item from the items window and switch the item assigned to the X and/or Y buttons.