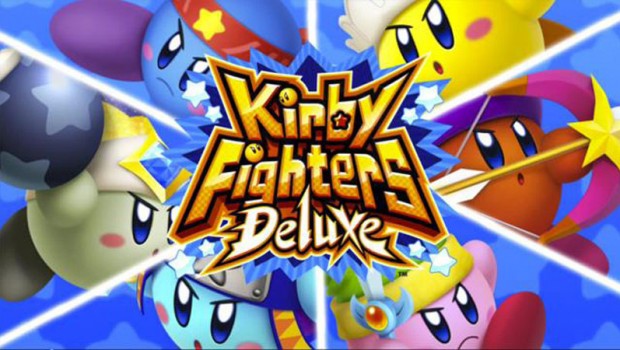 Summary: The latest Kirby spinoff takes more than a few pages from Smash Bros.’ book- but it’s an alternative nevertheless

Kirby Fighters Deluxe is an expansion to the mini game Kirby Fighters that was featured as an additional mode packed in with Kirby Triple Deluxe in 2014. In this standalone sequel, HAL Laboratory takes inspiration from their older days when they were the development team behind the original Super Smash Bros. game- imitating the style of the original Super Smash Bros. but with a strictly Kirby-only set of characters and stages. While the game is short on content, it is a passable Nintendo eShop exclusive game as a cheaper alternative to 2014’s Super Smash Bros. for Nintendo 3DS and a must have for any Kirby Triple Deluxe fans as a significant expansion to one of the game’s popular mini games. 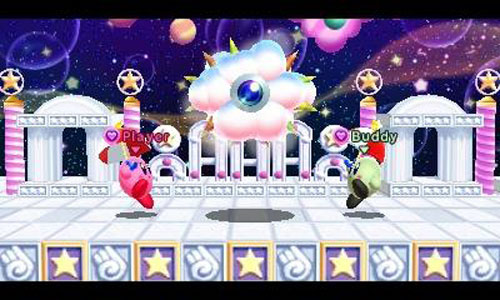 Of course, the game isn’t exactly a blatant Super Smash Bros. clone and it comes with gameplay that truly defines it as a Kirby game. You get to select a bunch of different abilities for your Kirby as you pit them against other Kirbys and occasionally, classic bosses from the series. Kirby’s move set is heavily inspired by the standard controls in the Kirby platformer games from jumping to attacking. While losing the ability to suck up enemies for their power, the ability you choose for Kirby before entering a fight makes a difference to how you need to play to win. Also unlike Super Smash Bros., Kirby Fighters Deluxe uses a health meter damage system, a staple in fighting games for decades. The Single Player campaign consists of a kind of arcade mode, akin to Super Smash Bros.’ classic mode where you progress from stage to stage fighting against other Kirbys in teams, free-for-alls, and boss battles. 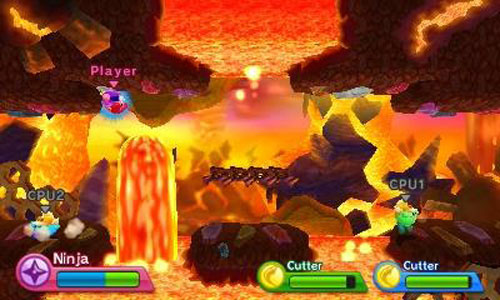 Despite former Smash Bros. developers HAL Laboratory producing this game, without the influence of the Kirby and Smash Bros. series’ original director Masahiro Sakurai, the controls of the game suffer to sluggishness and overly bouncy physics. Actions are performed rather slowly and sometimes seem unresponsive, and dashing by quickly tapping the circle pad left or right is hardly different to simply walking. Jumping may not even bide you enough time to dodge attacks. However, the atmosphere within the game remains true to the Kirby series, reminiscent to games like Kirby Air Ride and Kirby’s Adventure, while being a companion title to last year’s Kirby Triple Deluxe. 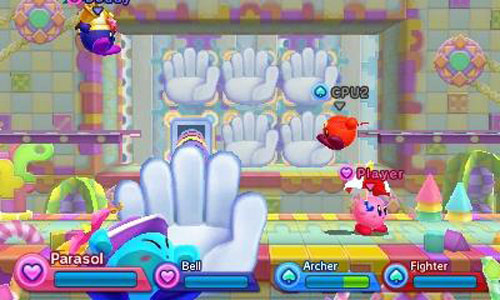 Kirby Fighters Deluxe has a very cutesy art direction to it following in the footsteps of the game’s predecessor, and it remains consistent with most other Kirby titles as usual. However, considering the graphical levels of other 3DS games at this point in the system’s lifetime the game could have used some more polish- character models are fair enough but some background graphics would have looked better had more work been put into them. With plenty of cover music from previous Kirby games, the soundtrack is a trip down memory lane, but the rearrangements of the tracks make them feel new again. Kirby fans will enjoy the homages to games like Kirby’s Dream Land and Kirby Super Star. 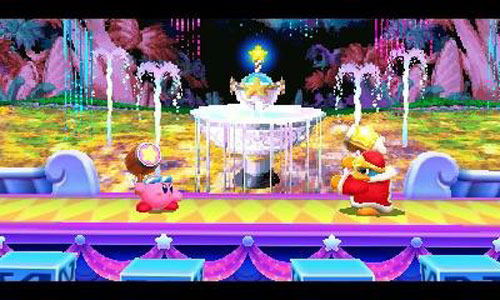 While this game is fun for short periods of time there’s not enough content to invest a lot of time into. Still, it does what it set out to do; being the poor man’s Super Smash Bros., so if anyone wants to see what the fuss is about without the full retail price, Kirby Fighters Deluxe is a solid starting point. It seems curious that if you want a standard beat up with three other players you have to use the training mode, but the game also has support for three other players via wireless play so it’s fun with friends. People who are already familiar with Smash Bros. may find this game redundant but it resurrects the appeal of the original Nintendo 64 game as more of a party game rather than for competitive play.

• Save the day after a mysterious being kidnaps King Dedede atop a giant Dreamstalk, defeating your enemies using new and returning copy abilities, such as inhale, spit and transform 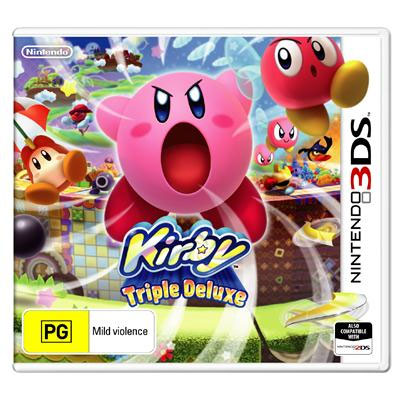