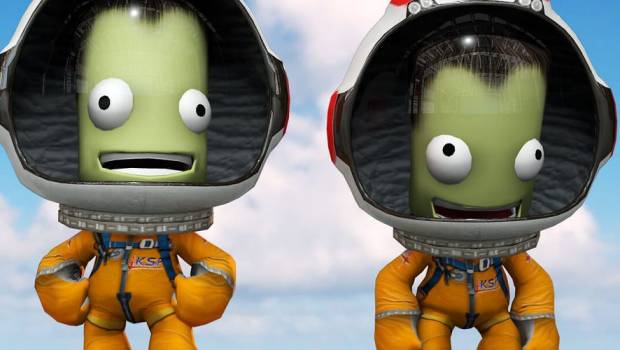 Summary: This game has no business being on a console. A painful and abrasive gameplay experience that will disappoint most players.

Take-two Interactive’s Kerbals Space program is a well-known and much loved space simulation-game, in that is it fuses both simulator and game into a single product with an abundance of joyful slapstick comedy and scientific challenge.

It should be noted Take-two being the parent company of Private Division, and there is a bit of history involved with all these names involved with bringing you the Kerbals title.

The original title was first released for PC, it is time for consoles to get some Kerbal loving in this new ‘enhanced edition’, or is it?

First, watch this official video release to get a real feel for the gameplay style which is a must see for anyone not already familiar with Kerbals Space Program. 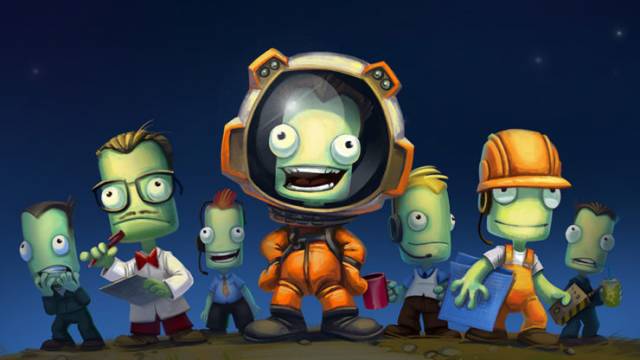 It is reasonable to suggest that most people attracted to this title would have already played the previous releases on PC, this is one of those games that has a following and allegiance, rightfully so.

With that in mind, there are a number of standout improvements and changes that are immediately noticeable, such as:

What is likely the case is a number of bug fixes and quirks that go unnoticed, but these are no doubt highly appreciated.

The elephant in space

It needs to be addressed, this is a port of a PC game with some improvements from previous releases but the gameplay is very sickly indeed.

Keep in mind the style of game this is, it is a simulation-game that requires quick responses, multiple actions at the drop of a hat, and fine precision work in the rocket design mode.

The astute readers will already tell where this is going. That’s right, the Xbox One controller has a limited number of buttons and it certainly isn’t very accurate with almost no fine precision movement possible with the joystick controls.

This is why the game was developed for PC in the first place. This game has complex controls, and at times almost feels like CAD software in the design mode.

As it stands, at a first blush look at this game, it was confusing to understand how to navigate around the Kerbal space centre assembly buildings; and assembling the rockets was mind numbingly painful. After a period of time, most people would find that pressing the left joystick button will toggle the ability to move mouse pointer and allow for “precise” placement and the removal of rocket parts and activation of the symmetry functions, just like in the PC releases.

Throughout the game, there is a requirement to use the controller to toggle on/off functions by bringing up a circular wedge menu, toggling the applicable option and pressing the ‘B’ button to return.

But it doesn’t stop there, as many of the core functions such as time warp and selecting parts etc, although this can be done with the mouse pointer, certain objects require deselecting of the mouse mode and activation through the ‘A’ button exclusively.

Here is an inclusive summary of some of the annoyances of the controls: 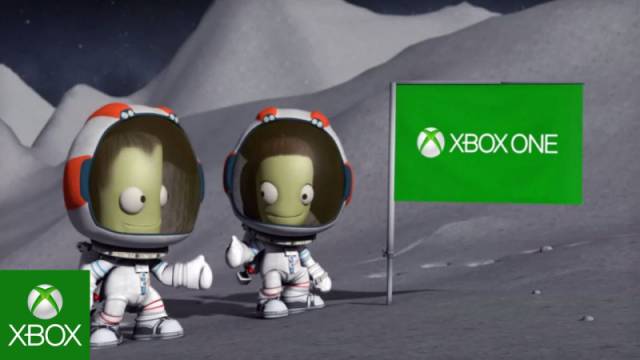 Although the controls are infinitely frustrating, it should be noted that all functions seem to exist as they do in the PC version. It is clear though that this game is designed for a mouse and keyboard and this is self-evident in how many of the functions still require the cursor pointer to activate them.

In fairness, a keyboard and mouse was also tested; and this greatly improves things. In fact the mouse works as precisely as it would on the PC, zoom controls in the VAB are fantastic with the scroll wheel enabling vertical camera movement (which is so needed) and the game seems to turn a corner, perhaps even is playable.

Controlling the vehicle with the keyboard is great too, although the controlling the flight controls with the controller is wonderful, in general. The ability to initiate launch stages with the space bar is fantastic, as would be selecting items on the vehicle with a right click, ie the capsule to do a crew report or a science object to gather science. Oddly enough however, the right click does nothing. However the ‘X’ controller button does.

Aside from an almost uncomfortable time waiting for the game to load, which admittedly does show off the funny load screens eg “polishing helmets”, there are some performance issues that completely bring the wisdom of porting this game into question.

In comparison to the PC release, which did at times suffer from sluggish performance; especially with rockets that were higher in part count. However this tolerance is far less forgiving on the Xbox.

The effects present as a jittering, menu and navigation lag and frame loss during launch.

There are moments in this game that seem to completely stress the Xbox out, such as transitioning from the map view to the stage view; although it does seem more pronounced depending on the rocket in question and usually only after transitioning the first time, seems to perform better thereafter.

Transitioning from the flight to the KSC also redraws the entire screen elements, where the mesh of the buildings is static but the background draws starting from the bottom layers until finally the ocean and sky scenery is drawn. This can be at least 10 seconds on average.

Ultimately the performance is best described as poor.

Kerbal Space Program is a great game, in essence of what it is, what it does and what can be achieved with it; this is as true today as it was per previous releases. However all of this is completely eclipsed, by the fact that it is on an Xbox One.

It would be unfair to suggest that this game is unplayable, because it certainly can do everything that the PC releases can do, of course with the exception of no real additional user modifications and other customisations.

The performance issues are unsightly and very noticeable. The controls work against the player as controller-only and are uncomfortably reliant upon the controller when using a keyboard and mouse, which ultimately is an abrasive and unfriendly experience.

It is also worth mentioning the difficulty most people will experience with visibility of the cursor and other game elements from their couch et al; this is also one of those games that require a closer distance to the screen.

If a new player’s first impression of this title is derived from KSP Extended Edition, they are likely to be negatively impacted by these issues and not develop an interest in what is otherwise a great game with infinite playability.

The marketability of this game to new players is very limited. The appeal is simply not there, nor is there any new features worthy of capturing the PC players’ interest; and with these controls it is pointless to even try. This release and port to a console was a poor choice that has only served to reduce the title and brand quality. This game should never have been released for console and should be avoided at all costs.

Instead, head over to steam and get the latest Kerbal Space Program for PC, because that is indeed a sensational game.

Also keep an eye out for the Kerbal Space Program 2, which is the highly anticipated sequel.