Summary: Fans will enjoy Pilkington’s morose commentary and some of his interactions with Davis, particularly regarding the latter’s acting career, lead to some bitingly funny moments that are reminiscent of Davis’s self-deprecating role in Life’s Too Short. A flawed but enjoyable experience, An Idiot Abroad’s final series is well worth a look.

The long suffering round headed twonk Karl Pilkington is back in this latest series of An Idiot Abroad, somehow roped in yet again by pal Ricky Gervais to partake in an often uncomfortable journey to various far flung locales. This time around though there’s one major difference – The addition of Warwick Davis (Willow, Life’s Too Short) as Karl’s travelling companion, a situation the pessimistic Pilkington takes every opportunity to bemoan, often directly to Davis himself.

Davis’s presence lends the show a much needed change in dynamic, often serving as a light-hearted counterpoint to the perpetually miserable (Yet often hilarious) Pilkington; the show’s biggest draw has always been the simple premise of taking the reluctant Pilkington out of his comfort zone and setting him loose on a world with which he wants no part of but after two great series’ worth of comedic gold the formula was in danger of getting a bit tired and staid. 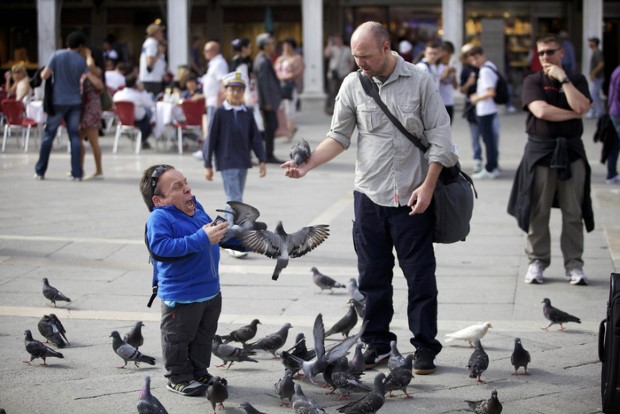 In this series we see the intrepid odd couple visiting recreating the journey of Marco Polo by visiting China, India, Venice, Macao, Hong Kong and Macedonia over the course of three episodes, experiencing a night with Gypsies, a masquerade ball, a variation of bungee jumping, acting in a Bollywood feature film and much more. Pilkington’s unfiltered commentary and strangely endearing apathy towards these experiences is on full display once again and leads to some absolutely cracking one-liners that make the viewer marvel at the unique perspective the bald headed Manc has on the world. This constantly puts him at odds with the optimistic and more adventurous Davis, who seems to genuinely enjoy most of the experiences for the most part, although contending with the gypsies continually finding excuses to touch his head for good luck and Pilkington’s fascination with a pair of conjoined twins dubbed “The Spider Sisters” visibly makes him uncomfortable.

Probably the biggest letdown of this release would be the short length of the series itself; rather than the eight episodes of the preceding series’, there are only three episodes this time around, leaving the entire affair coming off feeling a bit truncated – Just as the series really seems to be picking up steam it’s over. Another minor niggle relates more to my personal feeling about Pilkington’s treatment of Davis; although often amusing, like Pilkington’s insistence that Davis isn’t a real actor because he’s only played a “Bear” in Star Wars, on occasion the verbal barbs just seem callous and mean spirited. 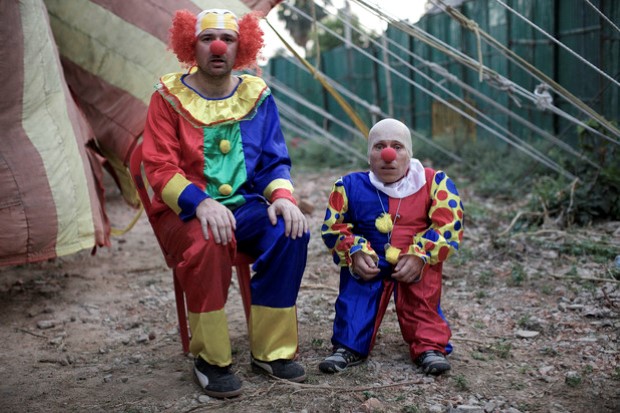 This season it’s fairly obvious that Pilkington has fallen into a bit of a routine, leaving me with the impression that he’s kind of playing into expectations rather than genuinely being so mirthless. The series still has its fair share of hilarious moments but these are occasionally tempered by more bizarre moments bordering on exploitation, such as the interaction with The Spider Sisters where Karl convinces a clearly uncomfortable Davis to sit alongside the conjoined twins and get his hair brushed in order assist in raising more money for the girls. Although his intentions to assist the girls is authentic, it’s at the expense of Warwick’s feelings, made even worse by the fact that Warwick had already had to endure a large crowd of onlookers accosting him in the street.

There are many bright spots across these three episodes and I personally enjoyed the addition of Davis to the proceedings, but this series is probably the weakest of the three, a situation not helped by the reduced number of episodes. 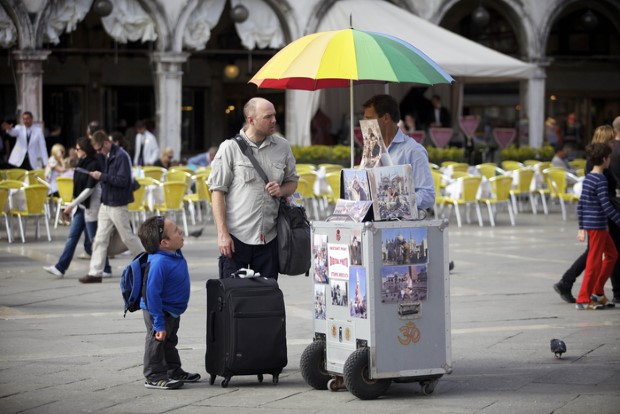 An Idiot Abroad has a few special features, mainly a collection of extra scenes and a commentary by Gervais, Pilkington and Davis on the third episode. The commentary is a bit deflated when compared to previous Gervais led offerings but it does offer some amusing insights behind the show, such as Karl thinking that marco polo was some chap who owned a shop across from his house and his declaration that there’s too much Panda coverage in the media. The small collection of deleted scenes have Davis and Pilkington going shopping prior to commencing the trip, Karl’s thoughts on the morbid focus of Italian Art, some outtakes from The Bollywood film Chinagaari and a slideshow of Davis’s photos from the trip. Although not exactly essential, the supplemental features are good for a chuckle. 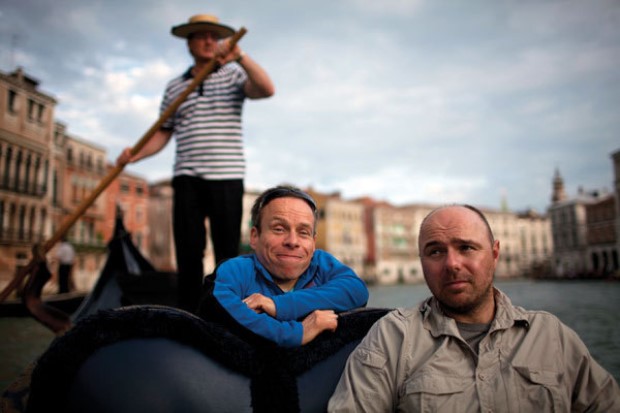 Some fans took umbrage to Gervais giving the tortured Pilkington a travelling companion but I for one welcomed this change in formula. One unforseen drawback was the fact that poor Davis became the recipient of Pilkington’s impotent rage about the myriad of awkward situations they were forced to endure, impacting on Karl’s likeability somewhat and at times making him seem like a petty bully.

Despite this An Idiot Abroad Series 3 is still an enjoyable journey across the globe, anchored by two generally charismatic leads and the odd couple pairing is a breath of fresh air. Fans will enjoy Pilkington’s morose commentary and some of his interactions with Davis, particularly regarding the latter’s acting career, lead to some bitingly funny moments that are reminiscent of Davis’s self-deprecating role in Life’s Too Short. A flawed but enjoyable experience, An Idiot Abroad’s final series is well worth a look.