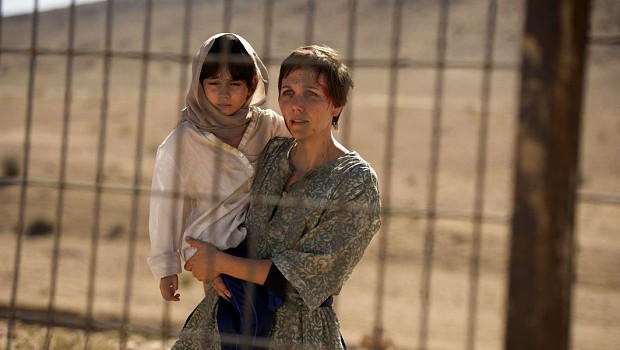 Summary: Like the very best of spy novelist John Le Carre, The Honourable Woman displays a world steeped in dishonour and betrayal.

Of the Soviet Union, Winston Churchill once said it is a riddle, wrapped in a mystery, inside an enigma.

Much the same can be said about the 8 part series, The Honourable Woman.  A dense political thriller and a torturous examination of doing the right thing in a fallen world, The Honourable Woman features an exceptionally strong cast, including Maggie Gyllenhall and Stephen Rea.  Set against the backdrop of the and deeply intertwined within the endless coils of the Arab-Israeli conflict, the series is a stunning success.

Orphaned after the murder of her father, Nessa Stein and her brother Ephra transform their father’s armaments business supplying Israeli armed forces with weaponry into an institution devoted to building confidence and bridges between the Palestinians and the Israeli’s, via education and telecommunications technology.  But, as they say, the best laid schemes of mice and men, often go awry. 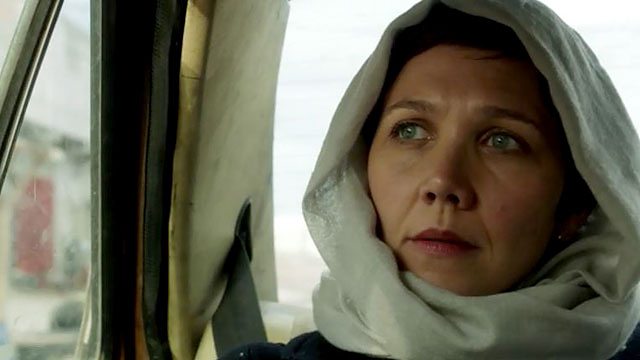 In recent years, the spy thriller on television has come of age.  From the fast paced action of 24, to the convoluted machinations of Homeland, the current post 9/11 environment deeply informs The Honourable Woman.  Nothing in this series is as it seems.  The motivations of the characters are often murky.  Individuals are used and disposed of in the furtherance of unknown ends, manipulated by puppet masters cooly indifferent to their fate.  The geopolitical manoeuvrings of different political actors mean that the lives and hopes of ordinary men and women often become grist for the mill of these larger ambitions.

All the very best dramas, no matter the wider ambitions of large impersonal forces, are rooted in the dramatic conflict within their characters.  There is not one character within this series who isn’t conflicted or damaged or deeply flawed.  Their ambitions and hopes are often twisted awry by their personal failures or demons.  Indeed, the central narrative in the story finds its beginning in a bloody murder at the beginning of the story.  That killing leads to the kidnapping of the son of Ephra Stein’s Palestinian housekeeper Atika.  As with anything to do with the Palestinian-Israeli conflict, blood begets more blood, endless torrents of it.

Series writer, director and producer Hugo Blick (The Shadow Line) has broght a cinematic approach to the series.  He has fused the thriller with an examination of the personal dynamics between the characters.

Great drama comes out of interpersonal conflict, and this serious has both in spades.  While the narrative unfurls at a leisurely pace, the ramping up of the tension in each episode is undeniable.

The viewer is given a chance to see each of the main characters develop in their personal and professional lives.  Oftentimes, both spheres overlap.  Actor Stephen Rea (The Crying Game) as British spy Hugh Hayden-Hoyle, is a particular delight.  His permanently crumpled visage and dress match his outlook on the world, a world of broken people gamely trying (much as he does) to carry on in the face of disappointment.

Through the use of flashbacks, Blick unpeels the story like an onion, each new layer changing our understanding of what has gone before.  As the series progresses, our appreciation of the motivations of the characters becomes clearer at times, then clouded again.  Friends become foes, and turn about once again.  Those we think of as irredeemable, are motivated by understandable urges.  Those we would otherwise consider friendly, or allies, are shown to be despicable in their treatment of others. 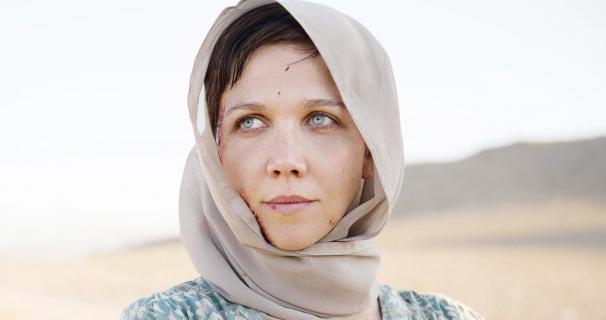 The script is sensitive and intelligent, and demonstrates Blick’s extensive research into the region and its issues.  The voice of each character is distinctive and recognisable.  There is Ephra Stein, who sacrificed almost everything to help his sister.  Lubna Azabal as Atika Halibi, his housekeeper, brings great strength to a character forced to endure the disappearance of her son, with the same fortitude and patience her people, the Palestinians, have displayed for decades.

These, and the other characters are patiently drawn out, and provide part of the reason to remain with the compulsive narrative.

The plot, which resembles nothing more than a vast machine, grinding relentlessly to its finish, is peopled by a vast array of characters who fit seemlessly into it like an endless series of interlocking cogs.  The actions of one, are dependent on the actions of those on either side.  Blick’s handling of the narrative, which twists and turns like the best of thrillers, never treats the audience for fools.

Careful concentration of what is going on is always rewarded with another revelation about plot or character.

Like the very best of spy novelist John Le Carre, The Honourable Woman displays a world steeped in dishonour and betrayal.  When Nessa asks at the beginning of most episodes, who can you trust, the answer, as shown again and again in this series, is no one. 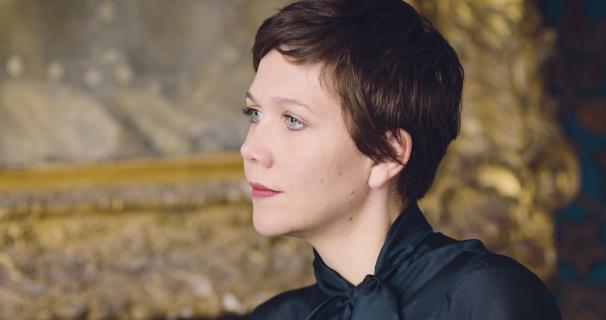 Overall:  5/5  There has been some truly great drama on television in 2014.  Like True Detective, The Honourable Woman weaves a compelling narrative around and through the lives of a cast of vividly drawn characters.  Character, it is said, is never better on show than under stress.  As the pressure builds, as the noose gathers tight around the necks of the main protagonists, The Honourable Woman delivers again and again to its audience.  Finished too soon, it should nonetheless linger long in the memory of its viewers.

Extras:  Subtitles and a Behind the Scenes Featurette.  The featurette doesn’t show anything more than you would expect  – cast interviews, some limited insight into the writing and filming of the episodes. 3/5

Visuals:  5/5 – the sombre tones of the visual elements match the sombre nature of proceedings. Blick, who directed all eight episodes, deftly handles the visual aspect of the series, taking us from Britain to Europe to the Middle East, giving each locale its own character.

Audio:  5/5 – crisp and clean, the audio presented very well on this reviewers widescreen set up.  The Middle Eastern infused soundtrack complements the action very well, and is a hauntingly crafted piece of music in its own right.