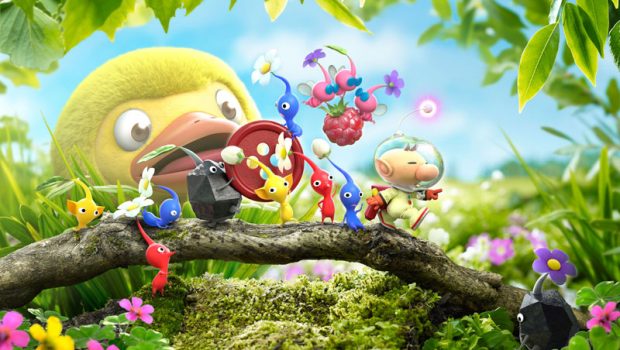 A change of pace

Pikmin has been around for a good decade and a half by now, earning itself a respectable fan following since the original GameCube release. It’s hard to think that until now, there’s only been three games in the series. And while fans have been waiting for the inevitable Pikmin 4, Nintendo has thrown a complete curveball and launched a 2D handheld spinoff. Hey! Pikmin is something of a 2D adaptation of the classic gameplay. It seems once again, Captain Olimar’s ship has crash landed on an alien planet inhabited by the tiny creatures, and he requires their help to power his ship to take off again.  You gain crowds of miniscule Pikmin and manage them to work and solve your problems as you progress through levels across a world map. But is it good enough to tide fans over until the next 3D game? 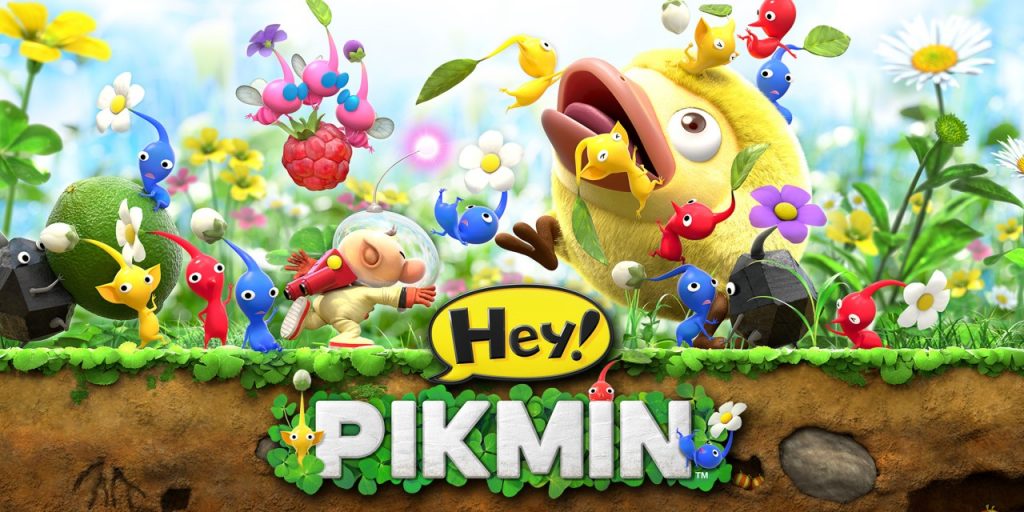 The game has the look of a typical 2D platformer, but Captain Olimar can’t jump on his own, so there isn’t much platforming involved. Level design revolves around puzzles requiring you to use Pikmin effectively, which can be found in various places throughout each level. Most of the puzzles comprise of managing your Pikmin to carrying objects and fighting enemies, but there’s also some challenge to making sure you don’t lose them along the way. Pikmin can bring things to you if you have enough of them to support its weight, and you’re able to whittle down enemy HP faster with the more Pikmin you have attacking it. Just make sure you don’t throw your precious Pikmin right into the beast’s mouth! If you lose your Pikmin, you might just be able to find some more nearby, but often there’ll be hidden extras in the levels that can only be obtained if you have enough Pikmin at the time. 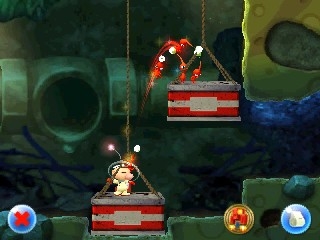 Hey! Pikmin’s gameplay isn’t revolutionary but it’s incredibly simple. The circle pad is your only form of physical input, allowing you to move left or right, and climb specific things. Everything else is left to the touch screen to command Pikmin and use abilities. In a cynical sense, the point of the game is to touch things and wait for an interaction to occur before you can advance. Is there an enemy blocking your path? Tap it to throw Pikmin on it and attack. Object you want to pick up? Tap it to throw Pikmin on it and collect it. Bridge you need made? Tap the parts to throw Pikmin to them and build them together. As you meet more Pikmin you get access to a greater range of abilities, but the premise stays the same: tap something, continue. 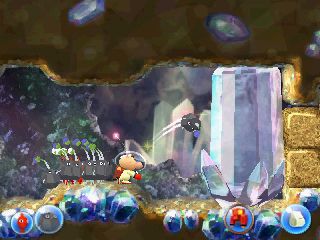 Previous Pikmin games had the advantage of 3D movement so there was often a bit more thought and interaction involved in navigating your Pikmin around to achieve something. In a 2D space, this gameplay is limited to problems and solutions that can only be solved on a 2D plane. Don’t get me wrong though, the game is great. Hey! Pikmin retains the core gameplay of past Pikmin games. It’s recognizable and makes a great solution to having a Pikmin fix on a portable. The game simply loses some of its appeal in the 3D-2D conversion. 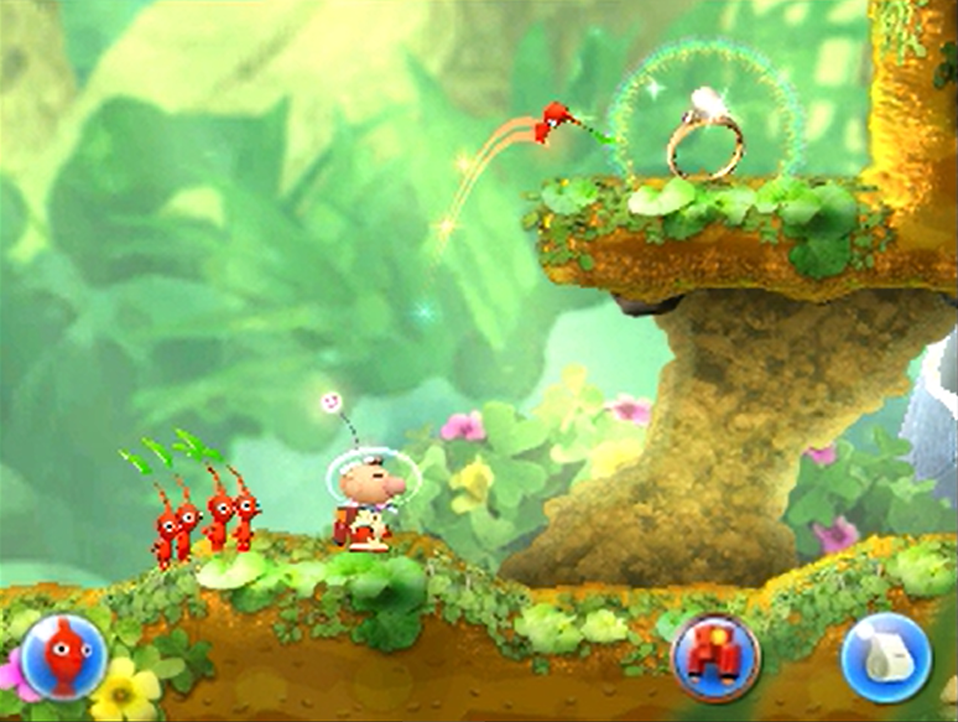 At a glance, this game almost looks like Yoshi’s New Island, with de-saturated 2D tilesets and a lot of green. The game doesn’t consume a lot of polygons, but the framerate often seems very low for some reason, and the use of both 3DS screens makes the 3D feature unnecessary, so it’s removed. Altogether, I feel like the game could have been much improved in this respect, and it’s one of the weakest aspects of the game. Even so, it’s still generally nice to look at, and the presentation is great.

The game soundtrack is a blend of futuristic and ambient-sounding songs, with a generally easygoing feel. Fitting as it is to the alien environment you’re exploring, the lack of strong melodies means there’s nothing memorable in the soundtrack. 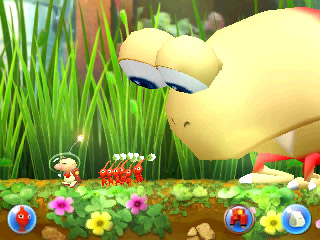 Hey! Pikmin is a great game to add to your library. It’s a solid addition to the series and it freshens up the formula with the perspective shift, but having said that, don’t expect a game that’s on par with the previous console games. A Pikmin fix is always good though, so enjoy!