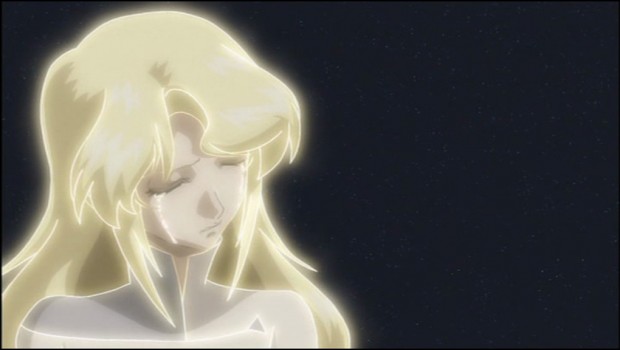 Summary: The Heroic Age is a thoroughly entertaining sci-fi adventure with great protagonists and a classic tale of good versus evil. It's a shame that the ending wasn't more fleshed out!

Boasting 26 episodes, the Heroic Age is an entertaining sci-fi anime series that is directed by Toshimasa Suzuki and takes place in the future where mankind has headed to stars, only to discover that we are not alone. It is here where mankind learn of these godlike beings called the Gold Tribe, a peaceful sentient race but with good comes evil.

Unfortunately two other tribes, the Silver and Bronze who are considerably more aggressive than the Golds have targeted the lowest tribe which are the Irons. Humanity is unfortunately part of the Iron Tribe and they have been given a gift by the Gold Tribe called the Nodos, a powerful and ancient craft that has the ability to transform into the Bellcross which is a powerful weapon capable of desolating worlds.  Seeing the Bellcross in action if pure anime fan service and is a joy to watch.

Besides the stylised and gorgeous animation, The Heroic Age feature quite a powerful storyline with some well thought out and interesting characters. The two main protagonists, Age and Princess Dhianeila are some of the best anime characters to grace the small screen due to their likeable nature and for Age, his childlike view on the world. One issue that I had with the Heroic Age is the conclusion of the series that sort of just fizzled, especially with the 25 episodes of build-up. Nonetheless, it was satisfying but failed to tick a few boxes for a enjoyable conclusion.

Presented in widescreen, The Heroic Age looks decent on DVD with sharp images, vibrant colours and some great animation. Blacks are deep and there are no errors whatsoever. Audio is equally as good with the 5.1 English track that produces clear audio and a great balance of sound, audio and music.

The Heroic Age is a thoroughly entertaining sci-fi adventure with great protagonists and a classic tale of good versus evil. It’s a shame that the ending wasn’t more fleshed out!