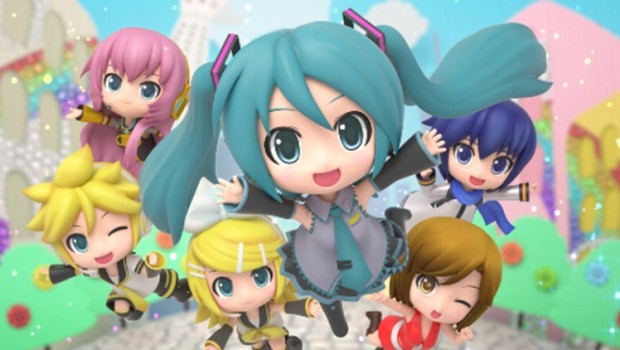 Sydney, Australia – Sept. 11, 2015 – Hatsune Miku: Project Mirai DX, the music rhythm/lifestyle game developed by SEGA®, is now available for the Nintendo 3DS™ handheld entertainment system. The western debut of Hatsune Miku on the Nintendo 3DS system features her and her friends in a cute, chibi style, inspired by the popular Nendoroid figurine series. The gameplay itself blends traditional rhythm game elements with an apartment to decorate and interact with the characters in, fun mini games (including Puyo Puyo!), collectible items, and more. The game encourages users to spend time interacting with their characters by rewarding them with new animations, options, and flavour text.

Dance with Hatsune Miku, Kagamine Rin, Kagamine Len, Megurine Luka, KAITO, MEIKO and even GUMI to songs popular throughout the Miku fandom, including “Ageage Again,” “Senbonzakura,” and the game’s theme song, “Nice to meet you, Mr. Earthling.” Almost everything for those characters are customizable as well – their outfit, their living space, their allowance, their dance moves – and can be shared with other Miku enthusiasts over StreetPass and SpotPass.