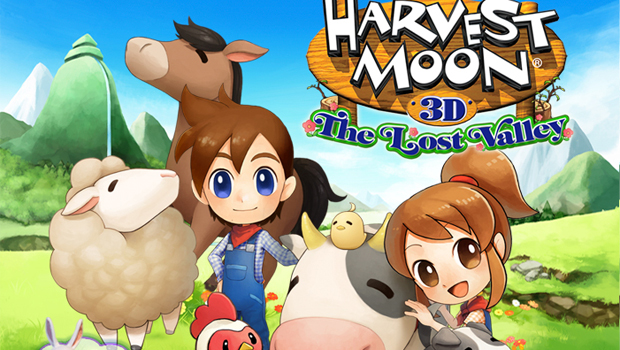 Summary: Harvest Moon the Lost Valley 3DS was an enjoyable distraction on this console that really channelled it's inner Minecraft but with a touch of Nintendo

Harvest Moon is no stranger to the world of gaming and now it’s time to visit the Lost Valley on the 3DS as you help the Harvest Goddess return the four seasons to the world in order to remove the perpetual winter which now plagues the land. By recruiting villagers and Harvest Sprites to help you in your quest, your goal is to end winter by returning the Harvest Goddess to the world. Sure, your role is a challenge but together with your friends and even the King of the Underworld, you can help return the world to normality with the natural cycle of seasons. 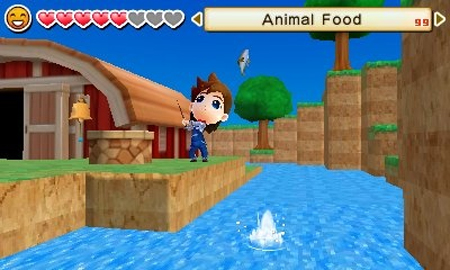 At times, Harvest Moon reminds me of Minecraft meets farming as you explore this colourful world and modify the gaming environment by digging, building, planting crops and all sorts of other activities like fishing to spice up the gameplay. However Harvest Moon the Lost Valley also has an element of a life-sim included in this title which allows the player to socialise with other characters, get married and even start their own family. But the main goal of the Lost Valley is to wake the Harvest Goddess and this is done by linking to Mother Nature herself. That is, by planting crops and spreading this over the wintery world, it will wake the goddess and return the seasons to normality. 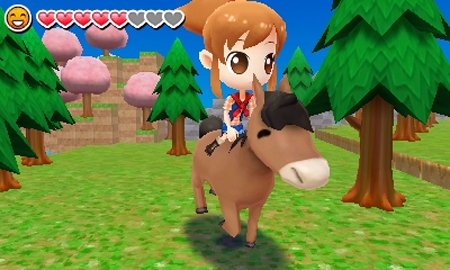 In terms of controls, Harvest Moon boasts some intuitive controls that makes navigating not just the gaming world easy but also the menu and inventory system which becomes a simple task. This makes engaging with the environment quite easy and what I thought would be an annoying control mechanic actually works well on the 3DS, especially the farming mechanics as you prepare the soil for planting and modify the lands for your farms.

Although this can become a little repetitive, you do have Harvest Sprites who do assist in the process but there does seem to be a slight disconnect in terms of timing which creates a grinding element. Another tad annoying aspect is that some of the environments are a little annoying to navigate, especially those trees that get in the way but overall, I actually found myself become a Harvest Moon zombie as I explored the world trying to complete the tasks. 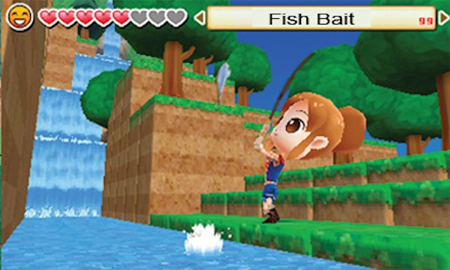 Furthermore and just like Minecraft but on a smaller scale, you can modify the ground with some terraforming options and you can create buildings and fences which does make a sense of ownership for the player. As a distraction, there are some side-quests that you need to do for villagers such as traditional fetch quests that does allow you to explore this virtual world plus other tasks to ensure your farm-life works in unison with not just the player but also your animals. 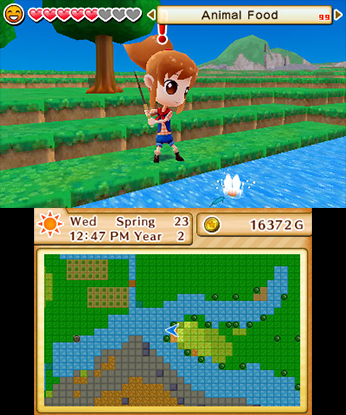 So apart from completing quests for villagers, growing crops and helping the goddess return, your character can also get romantically revolved with another character. Depending on whether you are a male or female character, the game does give the player a few different options to assist in the romantic inclination aspect of the game that does serve as an amusing distraction. But for the majority it’s all about farming and tinkering with your different crops to not only make them hardy but create some super crops that I’m sure some real-world crop industries would love your secret. Compared to some of the others available at the moment, I found Harvest Moon an enjoyable yet repetitive distraction on the 3DS. 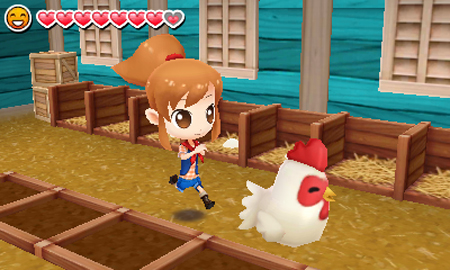 Graphically, the game is well presented on the 3DS but it doesn’t jump out at the player. Nonetheless, the worlds are detailed enough to allow you to get lost in it and there’s some good world building employed by the developers. And yes… you can see some parallels with Minecraft not that this is a band thing mind you. You can also customise your character to a certain extant but if you’re expecting a full Minecraft game on the 3DS then this title is not that. Sound effects work well with the game as does the entertaining soundtrack. The music was quite boppy actually! 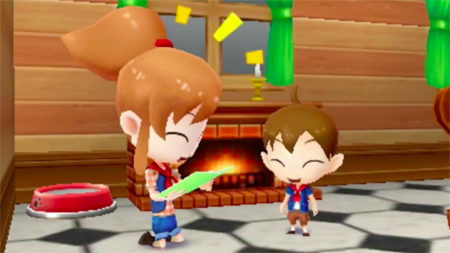 Never having played the previous Harvest Moon games before, I found the Lost Valley an entertaining experience on the 3DS that did get a little repetitive once you have restored a few of the seasons because basically you need to start again with each season. All in all, I actually enjoyed my time, especially exploring the world of the Lost Valley and going on mini-quests for villagers and creating my own little farming empire. It’s not unique but did offer a satisfying distraction. 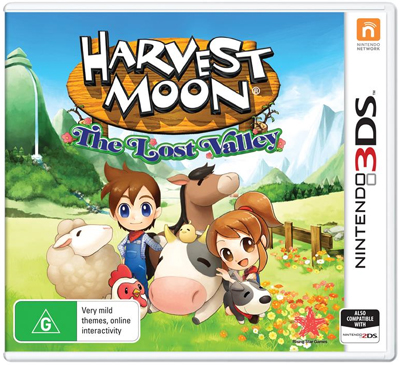