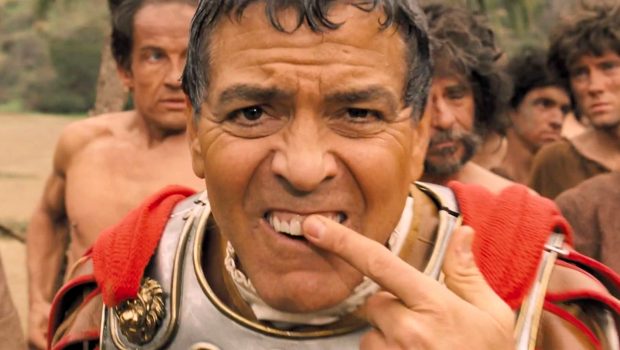 Universal Sony Pictures Home Entertainment is releasing Hail, Caesar!, available to own on Digital from June 30, 2016 and Blu-ray with UltraViolet and DVD from July 14, 2016.

Hail, Caesar! follows a single day in the life of Eddie Mannix (Brolin), head of production and all-around problem solver for Hollywood studio Capitol Pictures. When Baird Whitlock (Clooney), the world’s biggest star, is kidnapped in the middle of production on the studio’s latest swords-and-sandals epic, it’s up to Eddie to recover his leading man.

Hail, Caesar! is a hilarious whodunit that pulls back the red curtain to reveal the backstage humour and drama of the movie industry. A timeless ode to Hollywood’s Golden Age.