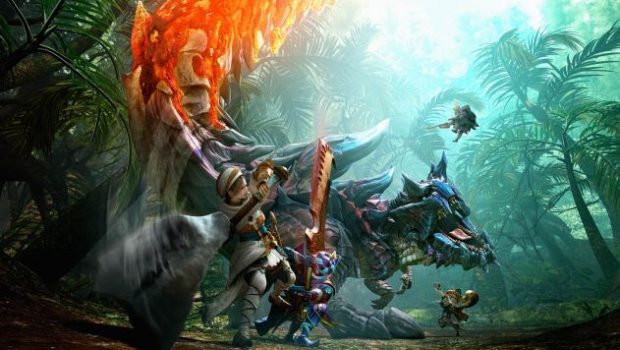 13th May, 2016 – The hunt is about to begin, as Capcom®’s Monster Hunter Generations™ will launch in Australia and New Zealand on July 16, exclusively for Nintendo 3DS family systems (SRP AU$59.95). Also launching on the same day, the New Nintendo 3DS XL Monster Hunter Generations Edition comes in a striking red colour and features artwork of the game’s Fated Four, an elite group of powerful monsters (SRP AU$249.95 – game sold separately).

With the new Prowler game mode and revisions to help newcomers, Monster Hunter Generations is the most accessible entry in the series yet and the ideal jumping-on point for beginners. The new Prowler mode, where players can directly control one of the game’s Felyne characters, allows newcomers to get straight into the action of hunting and gathering without feeling overwhelmed. Prowlers enjoy simplified mechanics for gathering items and enjoy their own unique attacks and combos, making them a great learning tool for anyone starting out on their Monster Hunter journey. Any of the game’s single or multiplayer quests can be enjoyed in Prowler mode, allowing players of all skill levels, whether playing as a Hunter or Prowler, to hunt together. See more of Monster Hunter Generations and its new accessible features, including Prowler Mode, in action in the A Brand New Type of Hunter Trailer* premiering today.