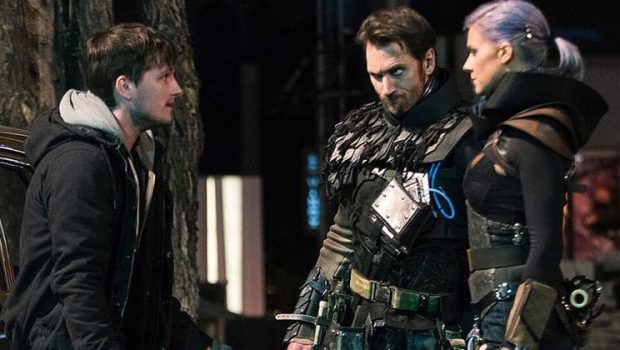 Summary: Rather than restarting events for the characters, season two wisely builds on the foundations of its predecessor and is a must-see.

The first season of Future Man (2017) proved that a show could combine the best parts of the comedy and sci-fi genres to make a fun, adult-rated serialised show about an underachieving, time travelling janitor and two super soldiers from the future. Season one saw our heroes repel a future that saw the downfall of society unfold due to the existence of a cure for the simple cold sore. Now season two brings us the closest thing to a live-action Rick and Morty that TV has to offer.

The story recommences in the year 2162 (hence the title), where Josh (Josh Hutcherson), battle scarred Wolf (Derek Wilson), and tough-as-shit Tiger (Eliza Coupe) have succeeded with their time-altering mission from the first season that saved the world from the apocalypse. However, the future is still a bleak place with society being broken into factions living in the desert. In this altered timeline, Josh’s nemesis, Stu (Haley Joel Osment), is ruling a part of society that has chosen to escape to Mars since Earth’s days are numbered due to manmade climate change (*cough* Relevant! *cough*). 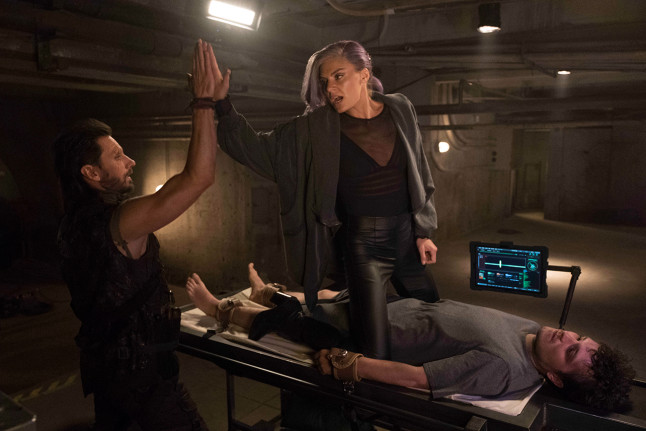 A mysterious organisation called the Pointed Circle opposes Stu’s plans and attempts to recruit Josh in order to stop the mission to Mars. Meanwhile, Wolf is embraced by a society that rebukes Stu’s modern ways and instead chooses to live in a Mad Max-style community. The uncertainty of who the good and bad guys are runs throughout the whole season, which makes for compelling television. Do not be confused though because this is still a comedy that does not take itself too seriously. There are plenty of jokes about penis sizes and the band Smash Mouth for all to enjoy.

Season two gives the three main characters enough space from one another to let each actor stretch their creative wings. Derek Wilson thrives as Wolf, a raspy voiced killer with a gooey centre. In this altered timeline, Wolf finds himself referred to as Torque who has been missing for two years. Wolf must sustain this charade to his family (which consists of six polyamorous adults and one child) that he is who they think he is. The same can be said about Eliza Coupe who normally plays the monotone killer soldier Tiger but now pulls double duties since Tiger has a body double in the form of Ty-An, a squeaky voiced brat who is the antithesis of Tiger. 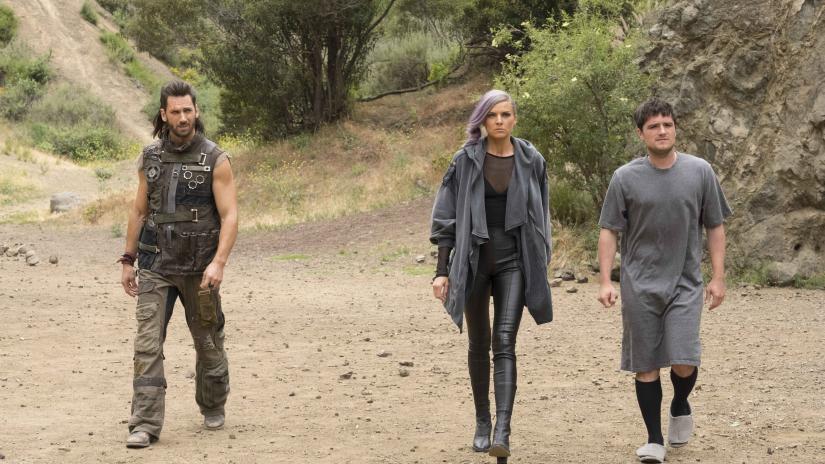 The best part about season two is that the writers and producers know better than to revisit the same material by moving their characters through time and space. This has worked for the other Seth Rogen/Evan Goldberg produced show, Preacher, and it works here too. Watch out for some really funny cameos from recognisable faces. While the show does not dig too deeply into drama and emotions, its greatest strength is taking the sci-fi elements seriously. Awesome concepts relating to laser guns and time travel give the Back to the Future franchise a run for its money.

Though Josh Hutcherson is one of the capable leading actors, season two belongs to Derek Wilson and Eliza Coupe as Wolf and Tiger, respectively. Both actors display their versatility, while the series itself continues to be funny, silly, and imaginative, which adds to the genres of science-fiction and comedy in a positive way. Rather than restarting events for the characters, season two wisely builds on the foundations of its predecessor. The result is that the story of a time travelling dummy and two kill-happy warriors from the future is a must-see.