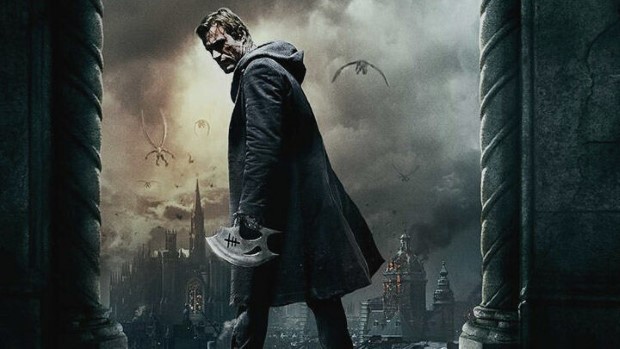 Summary: I, Frankenstein is, like Frankenstein’s Monster himself, rashly sewn together from a myriad of influences without a second thought as to how the final product would translate to screen.

Saddled with an astonishingly low Rotten Tomatoes rating (4% at the time of writing), the critically lambasted I, Frankenstein would have to be borderline unwatchable to be deserving of the critical drubbing it’s received, right?

Well, although definitely far from being a good film, I, Frankenstein isn’t nearly as bad as some critics would have you believe; sure it’s an unambitious, CGI laden Underworld analogue with very little distinguishing features of its own, but I’ve personally seen far worse features that haven’t been targeted critically as viciously as this film appears to be. 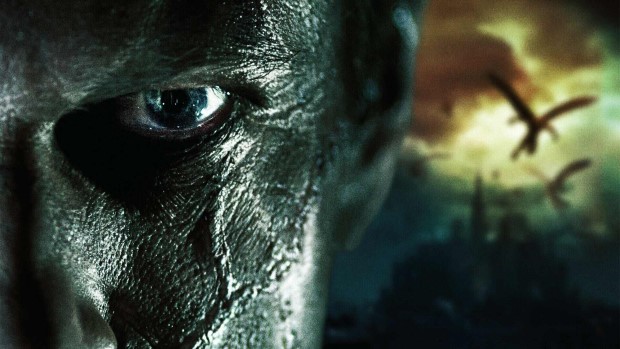 Opening with a hasty summation of the original Mary Shelley story, I, Frankenstein quickly reveals its true colours when, moments after laying the body of Victor Frankenstein to rest in a cemetery, the undead creation (Aaron Eckhart) is beset upon by demonic foes, barely surviving the attack due to the intervention of a pair of gargoyles.

Taken to their castle lair, Frankenstein’s monster is introduced to the leader of the gargoyle order, Leonore (Miranda Otto), who bestows him with a name – Adam – and explains that he’s inadvertently been drawn into the middle of an ageless war between the angelic gargoyles and demons in the service of a dark prince named Naberius (Bill Nighy), who seems to have taken an interest in Adam. 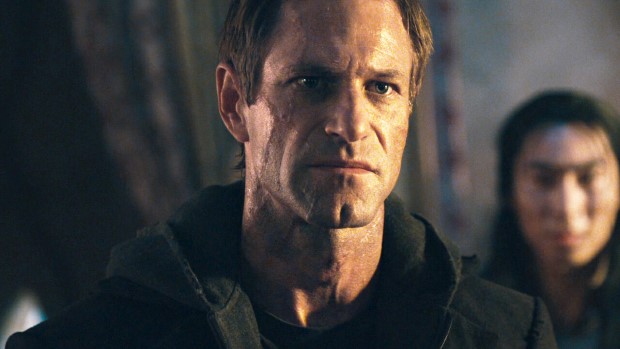 Adam refuses to assist the order of the gargoyles and instead decides to spend the next few hundred years on the run before deciding to fight back against his pursuers using the gargoyle’s sacramental weaponry. It soon transpires that Naberius, now calling himself Wessex, is the head of a multinational corporation that’s running experiments in resurrecting the dead with the aid of spunky potential love interest Terra (Dexter’s Yvonne Strahovski), and both Adam and his creator’s diary hold the key to raising an army of possessed dead that will finally raze the gargoyle forces.

So, basically the plot is cribbed almost wholesale from Underworld, not surprising given that I, Frankenstein’s source material is a graphic novel penned by the co-writer of that series; however, at least the pairing of vampires and werewolves kind of made sense, whereas in this case it like the writer basically just went “Gargoyles, they haven’t been used in a horror film yet, right? Sweet, Gargoyles it is!” and then chucked in some generic demonic enemy to serve as an adversary before inexplicably deciding that there weren’t enough unrelated creatures in the film and chucking in Frankenstein’s monster for good measure. 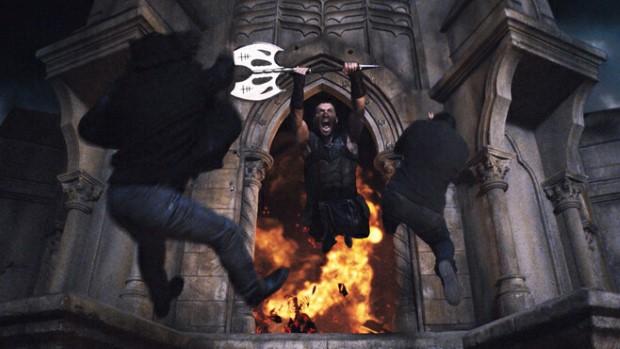 Seriously, the mythology of the film is a bit of a mess and the random pairing of the creatures just leaves you scratching your head in confusion. The writing is hamfisted and lacklustre, with the film basically jumping from one overdone and uninteresting CGI heavy fight scene to the next before drip feeding the audience a smidgeon of expositional dialogue.

The fight scenes themselves suffer heavily from the repetitive use of fiery special effects illustrating that a demon is descending back to hell and uninspired choreography, with the city in which the film takes place seemingly devoid of people aside from Terra and some of the demonic effects bordering on laughable. 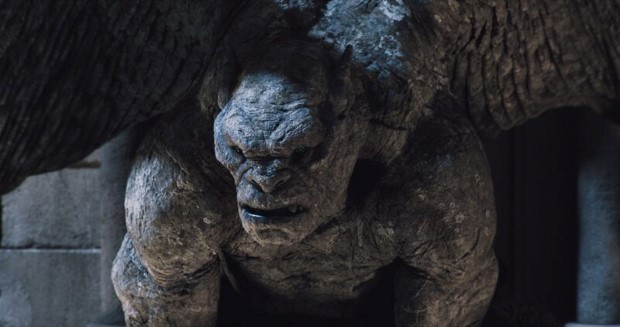 Filmed in Melbourne, I, Frankenstein features some local talent amongst its big name cast, but nobody really gets all that much to do here, with a distinct lack of character development and clichéd motivations flimsily serving as a device to propel the plot forward. Aaron Eckhart’s talents are wasted here, as Adam rarely does anything other than scowl or flail about wielding two blunt sticks, whereas Bill Nighy just seems to have simply transplanted his character from the Underworld series.

So, it’s fairly obvious from the above that I found the film to be an incredibly flawed and misjudged effort, yet there’s enough here for fans of the genre to warrant a viewing; stylistically I found it as bland and as unmemorable as the Underworld films, yet they’ve garnered a healthy fan following… Although that may be more down to a PVC clad Kate Beckinsale than the story. 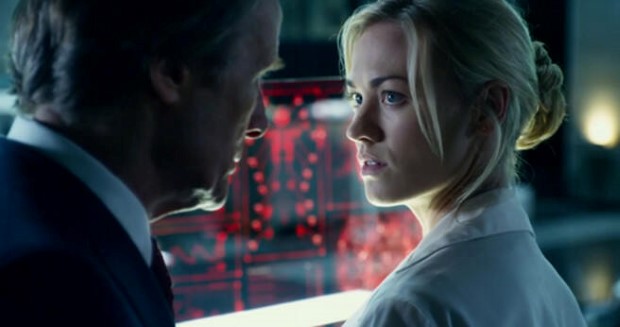 Admittedly I’m not the target audience for this type of film but those who enjoy these action filled depictions of shadowy supernatural wars may very well enjoy I, Frankenstein as a bit of mindless entertainment (I know my partner actually quite enjoyed the film), and as much as I disliked the film I still found its shockingly low RT score to be a bit harsh. Mid 20s or so, maybe, but certainly not worthy of a dismal 4%, if only for its visual flair.

eOne’s disc transfer is accomplished, with a fine audio and picture quality tha perfectlyt captures the bombastic quality of the films many varied effects and fight scenes. There’s no sign of aliasing or banding, although there are slight instances of crushing in darker scenes; nonetheless, this is another competent and complementary transfer from eOne. 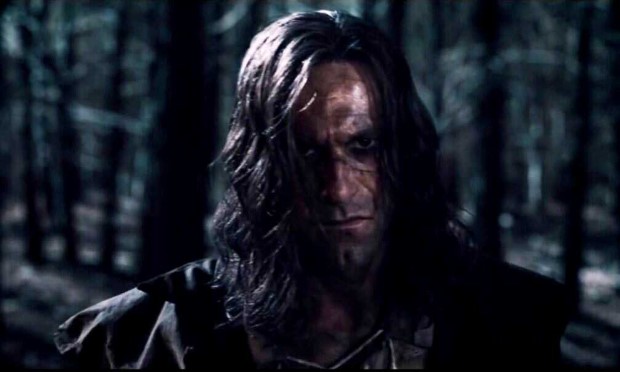 I, Frankenstein comes with two audio commentaries and a pair of featurettes as supplemental features. The first commentary features Stuart Beattie on his own, delivering an overview on everything from the casting process, the inception of the film’s central conceit and constructing the Gargoyle mythology, finding the right locations and much, much more in a relatively comprehensive and engaging track that offers some insight into building a film from the ground up.

The second features writer Kevin Grevioux and producers Gary Lucchesi, James McQuaid and Richard Wright as they get together for an exuberant discussion that offers a different perspective on the entire production, although inevitably the same ground is covered on both tracks. Their obvious enthusiasm for the film can’t mask the fact that the film they clearly intended to make isn’t reflected by what we’re watching onscreen, however.

Also included are two promotional featurettes, one looking at the make-up and digital effects used to create the creatures featured in the film and the other focusing on the film’s storyline and the process of adapting it from its original source material. 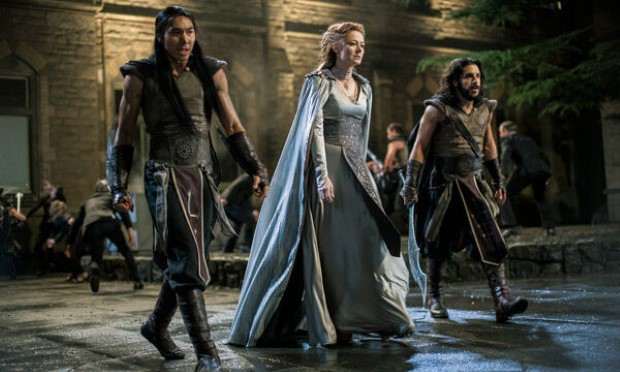 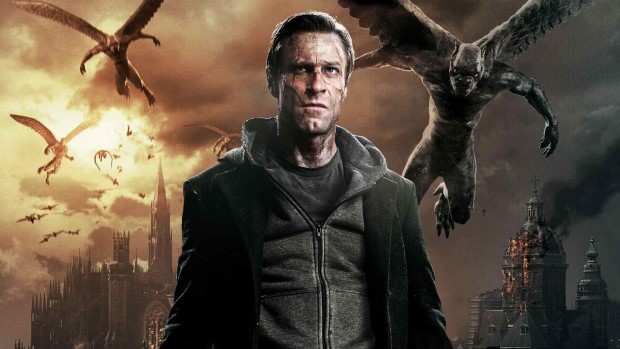 I, Frankenstein is, like Frankenstein’s Monster himself, rashly sewn together from a myriad of influences without a second thought as to how the final product would translate to screen and failing to exploit the potentially rich concept.

The final result is an incoherent mess marred by some poor performances, a crowded and incomprehensible story featuring the most random grouping of monsters ever committed to celluloid and a pedestrian viewing experience that amounts to pure spectacle and not much else.

The ridiculous premise could have been played more for laughs if the writers had acknowledged its sheer randomness, but as it is the film seems to be best summed up as “Underworld with a scarred bloke instead of a hot chick”… Which may actually be right up your alley if you’re a fan of those films. This reviewer, however, is not. 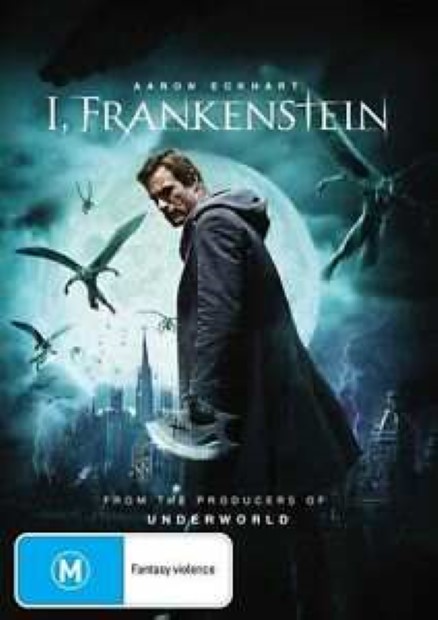