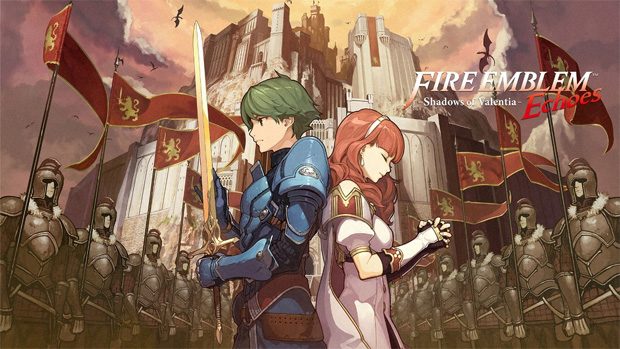 Summary: Fire Emblem Echoes: Shadows of Valentia is an excellent strategy role-playing game with thrilling tactical turn-based combat with some gameplay omissions which may split the existing fanbase.

Fire Emblem Echoes: Shadows of Valentia is the third and final Fire Emblem tactical role-playing video game to grace the Nintendo 3DS – and arguably the most interesting. As a full remake of 1992’s Fire Emblem Gaiden, which was never localised outside of Japan, developer Intelligent Systems has faithfully re-created that game’s unconventional design choices while bringing its stellar cast and world into the modern era. While the narrative and voice-work is some of the franchise’s best yet, some curious omissions of contemporary gameplay mechanics may make Shadows of Valentia seem a more shallow and less strategic experience in comparison. 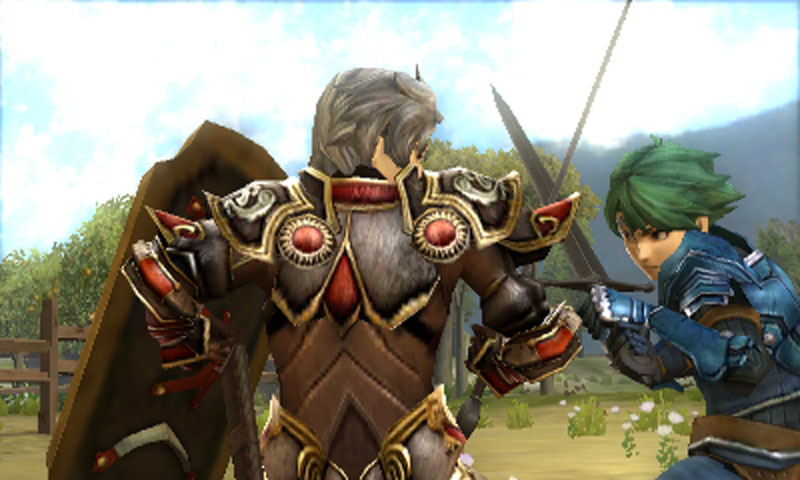 Fire Emblem Echoes: Shadows of Valentia follows the main story of Fire Emblem Gaiden, taking place in the same-named continent which shares no connection to other Fire Emblem games. Two sibling gods with opposite ideologies, the Earth Goddess Mila and the Dark God Duma, once fought other the land but eventually split it into two and their worshippers created two major nations: Zofia, where resources are bountiful and Rigel, where the land is desolate. Zofia’s people grew corrupt and complacent while Rigel fostered hardened and disciplined people due to the harsh nature of its climate and terrain. The Rigelian Empire eventually declares all-out war on the Kingdom of Zofia due to poor harvests and low food stocks, in the wake of Zofia’s king refusing to assist them. 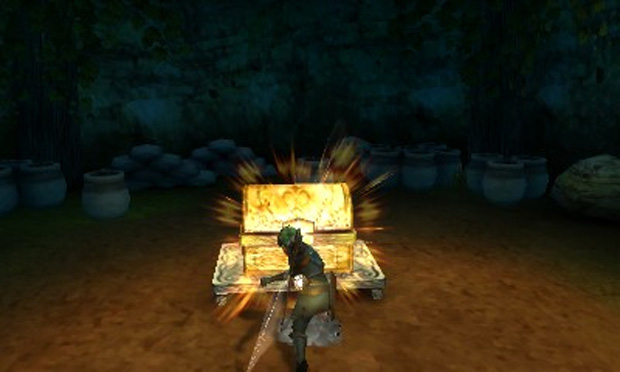 The game focuses on childhood friends Alm and Celica, two kids who bond over a shared mysterious trait – a strange mark on their hands. When Celica is taken away from Alm’s isolated village and revealed to be more than just a normal kid, Alm promises to find her. What follows is a classic fantasy tale of friendship, love, loss and heroism framed against the backdrop of a brutal, all-engulfing war against an evil empire. If you love RPGs reminiscent of old-school games which place heavier emphasis on melodramatic but ultimately grounded narratives, Shadows of Valentia will definitely appeal to you more than the anime-esque appeal and style of Fire Emblem Awakening or Fire Emblem Fates. 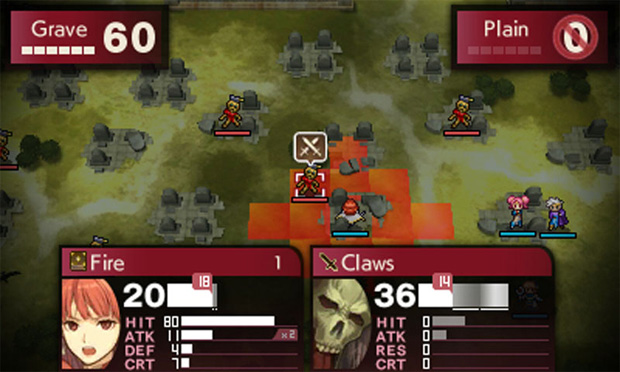 For me, the main story was immediately captivating largely due to the game’s stellar voice-work. Shadows of Valentia is the first Fire Emblem game to have full voice-acting for all main story cutscenes, support conversations and even on-field battle cries. The higher production values do wonders for connecting with the more enthusiastic cast and dialogue (compared to other recent FE games) and the great work done by returning specialist localisation company 8-4 (who also worked on 2013’s Fire Emblem Awakening) deserve massive props; it vastly overshadows the English localisation in predecessor Fire Emblem Fates, which was handled entirely in-house by Nintendo.

In Shadows of Valentia, players command and lead two separate armies led by Alm and Celica across a top-down perspective world map to engage in main story and optional missions. When encountering an enemy army on the world map, the engagement shifts to a smaller grid-based battlefield; players need to survive and defeat the opposing army through turn-based tactical combat, which means both parties take turns in maneuvering around the field and engaging the enemy in battle. When attacking a unit or defending against an attack, the camera moves into a fully animated 3D environment and third-person perspective, allowing players to revel in the moment-to-moment fights between units – in SOV these animations have been further improved in quality from past games. In between battles, you can also visit towns and other safe zones, navigated in a first-person visual novel style perspective, to talk to NPCs and examine the environment for items or additional lore or to buy items. 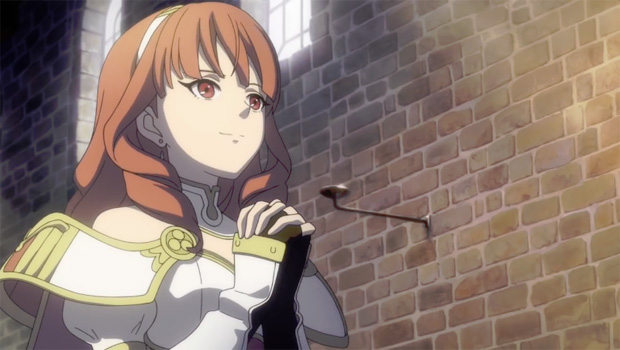 Turn-based tactical combat in Fire Emblem: SoV is straightforward but very tough. All units are subject to permanent death in Classic Mode difficulty, meaning every tactical decision has to be weighed and executed carefully – a series staple which has faithfully been carried over. Thankfully, like recent predecessors, there is a Casual Mode that revives all fallen units at the end of the battle and is great for players who might not have as much time to burn and want to avoid replays. The addition of Mila’s Turnwheel also lets players magically undo their last three turns to try things again, which will appeal to newcomers especially.

Shadow of Valentia’s core gameplay very much sticks to the past in its efforts to represent a faithful remake of Gaiden; as such, it has more straightforward combat mechanics and systems compared to its modern predecessors. The rock-paper-scissors style weapon triangle of previous games is absent, meaning there is no system governing which weapon counters which best. Instead, it’s more about the pure numbers of your attack, defense and resistance stats to determine your effectiveness and survivability against certain units. Weapon durability doesn’t exist and only one weapon and item can be equipped per unit, though weapons increases in power as its wielder gains experience points and levels in battle (as does special abilities and spells). Pairing two units up to double-team an enemy unit is also gone, and map design is definitely simpler with objectives rarely being anything different than killing all enemy units on the field – which is a shame given the high’s the Conquest campaign of Fire Emblem Fates reached with its combat scenarios. 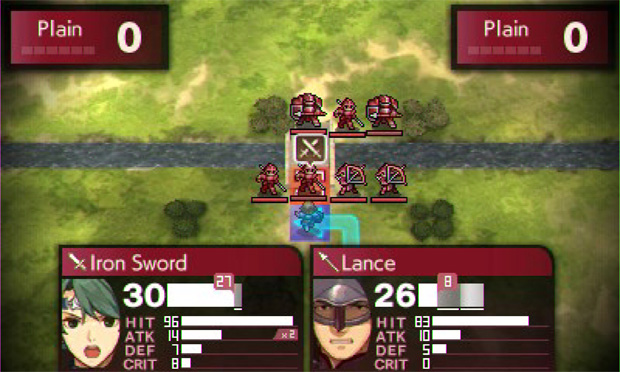 Perhaps most significant is its change to the franchise’s staple support conversation systems. For those unfamiliar, adjacent units on the battlefield gain points while fighting together which unlock conversations to further their personal relationships and character arcs. It’s an enjoyable part of the series which connects players to the characters (and makes it all the more meaningful when a unit lives or dies if playing with permadeath difficulty settings) and the latest two predecessors pushed the system further by adding virtual simulation elements which enabled players to marry their units and spawn offspring children who can then be used as units on the battlefield (after certain story conditions). Shadows of Valentia returns to the pre-determined on-field supports of older Fire Emblem games, so those who prefer the marriage/offspring systems of Awakening and Fates may feel like things take a step back in this regard, but I personally found the supports to be as well-acted, well-written and as enjoyable as the rest of the series.

The numerous other changes and omissions definitely proved jarring and in their place are new mechanics I didn’t find as nuanced, strategic or as enjoyable, such as the fatigue/stamina system which forces you to swap out tired units with fresh fighters or else risk reduced health. But a lot of the new additions balance things out. For starters, there are expanded prologue and endgame chapters and new characters such as Berkut, Conrad, Faye, Fernand, and Rinea which did not exist in the original Gaiden and make the game’s story richer in their inclusion. There’s also a new mostly optional dungeon-crawling sections where Alm or Celica explore and navigate their way through 3D environments to loot coins for future upgrades or to fight powerful dragons to obtain the special treasures they protect. The latter feature is actually carried over from Gaiden (then also considered unconventional) and while the change in perspective from top-down 2D to fully-rendered and controllable 3D exploration is unique for the series, I just didn’t click with the dungeon-crawling as much as I had hoped to. There’s no denying, however, that they are graphically impressive and a leap forward for what the handheld titles have achieved.

The character artwork in Shadows of Valentia is by Japanese illustrator Hidari and carries a more classic medieval fantasy aesthetic which meshes well with the darker wartime narrative. The personalities of each character shine bright through their detailed portraits, while still occasionally embodying the colourful, bug-eyed anime appearances and expressions the long-running tactical RPG franchise is well known for. The 3D character models and animations, as touched on briefly before, look great and greatly improve upon the chibi 3D models of Awakening and updates in Fates, with every attack and movement thrilling to watch in motion – though all can be, of course, switched off should you prefer to play without. 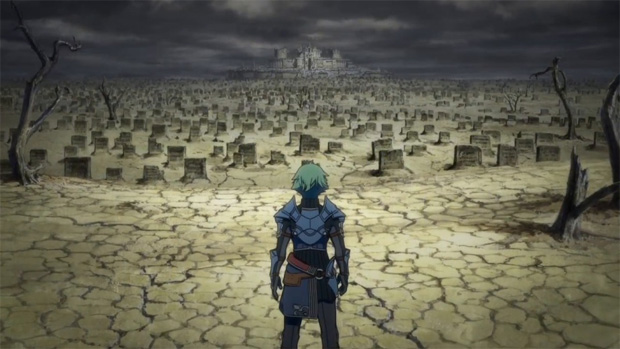 Fire Emblem Echoes: Shadows of Valentia is an excellent strategy role-playing game with thrilling tactical combat, magnetic artwork and character designs, and some of the franchise’s best voice-acting and storytelling. While some baffling omissions of certain gameplay mechanics may turn away certain fans, it’s still classic Fire Emblem through and through and offers up some fun tactical experiences that easily match up its two 3DS predecessors. 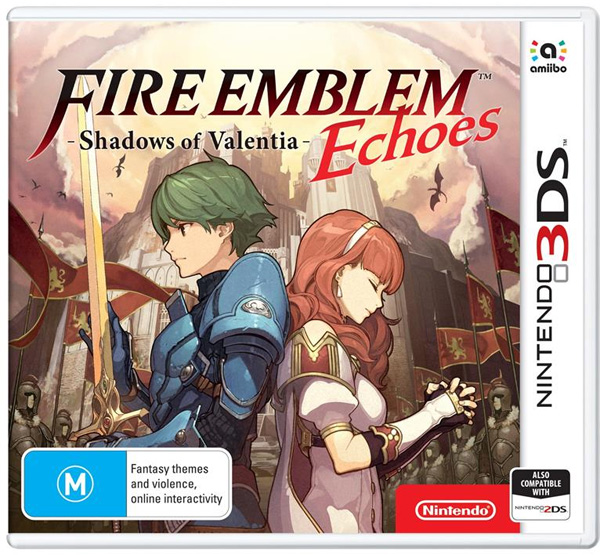