Feeding your Guitar or Bass for Rocksmith 2014

Feeding your Guitar or Bass for Rocksmith 2014

Rocksmith 2014 has been cranking out the DLC songs now since launch. Giving the guitar and game fans some pretty awesome tunes to keep us all busy for a while.  But we all know the game is like musical crack, we want more and Ubisoft has the plans to keep giving the fans what they want with an interesting eclectic mix of musical artists across the rock board of genres. In spite of the few that throw a fist in the air and declare such and such a group is not rock.

Thankfully, these few that post and throw out blanket statements of “WE want… (Insert band here)”…DO not speak for us all. So, Ubisoft is moving along with what they have in the pipe coming our way for DLC for the foreseeable future, and checking out their song request data from the Facebook page.

On their Facebook page for the game, Ubisoft has been stepping up the communication in the community. While every single post of the hundreds of fans are not answered of course, there are key things that are answered that will tend to sum up a majority of posts.

Let me tell you this is a great to see, because nothing frustrates the heck out of the fans more than no communication what so ever. The communication may not always deliver the news we want…but there are solid explanations on how things work with the game and of course the Request a song section on the Facebook page… yup use it folks because they look at it and gather information from that request tool. Though it is made clear that the user request data is only one part of the process for deciding on what is coming to Rocksmith 2014. 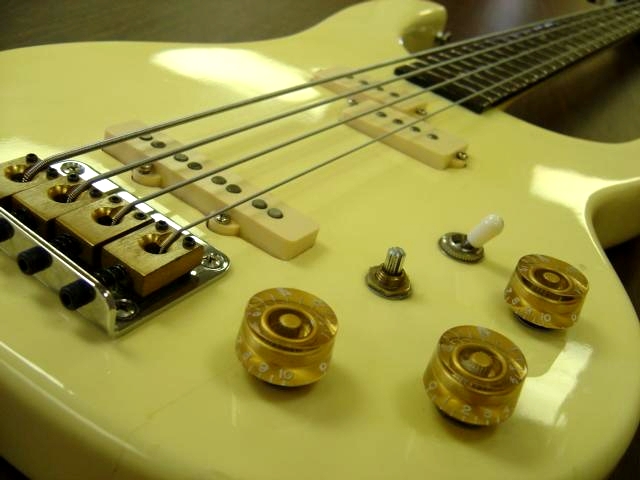 So far we have had a full range of surprises and welcome tunes, and surprises from bands not everyone may have heard of, but may or may not have started liking that band, thanks to Rocksmith 2014.

We have seen everything from Aerosmith to Kiss and recently Alter Bridge and even 311.

The best way to not get burned with a DLC purchase you may not like? Once you know the songs and who the band is, look it up online and give the song a listen. You may be surprised by the offerings, and even more surprised that it’s a song you actually turn out to like.

That all being said, as you partake in the wondrous world of music…whether you have a modestly priced guitar or Bass, or high end mouth drooling music machine…you want to make sure to take care of it and feed it the strings it needs so that it can maintain those wondrous tones you know you love to hear as you play the game and learn those songs.

Now, there are tons of information on the internet about tuning your Bass or Guitar and stringing it. About the strings themselves can sometimes be over looked. So this information is mainly for beginners, though if you find it useful and you’re not a beginner… cool beans.

Guitar string gauges are often described by their thickness. The thickness is in thousands of an inch with the sets of strings being referenced by the thinnest strings gauge. So that would be the 1st string or High E. So if we are talking about nines for instance then we are talking about the set of guitar strings with the first string being nine one thousands of an inch thick. 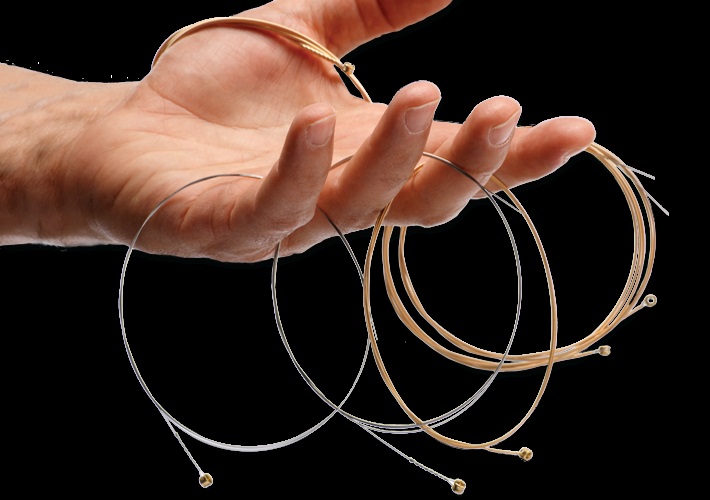 Guitar string gauges is a matter of choice in not only what you will be playing and type of music, but in what the person playing the guitar feels comfortable with. A thicker string may have more bite to your fingertips. So someone beginning in guitar may want to go with 9s or 10s. Just like anything that take some physical work, like exercise, working up to a heavier gauge can take a little time to build up the fingers.

Guitar strings of course can get extremely diverse, so we will only mention a little about some of the customizations out there. Some string brands are available that not only have different thickness, but brands that can customize to someone’s style of playing.  So slides and bends will be easier on those first few strings if they are thinner, and if you drop into a pounding rhythm the lower strings can be thicker. There are even different wound style of strings out there and different types such as Cobalt and even Steel strings.

There are also different types of strings in regards to plain or wound, steel vs. other materials. So in regards to plain or wound strings. Often we will see that even in the wound strings the first and second strings are plain, nothing wound around it, just the wire itself. Then the next few strings are wire in the middle and then wound with an outer wrapper of thinner wire and these two combined make the total gauge of the string. So on a set of strings you may see it indicated as 24p for instance. The “P” meaning that it’s plain. Or a “w” 24w for Wound. 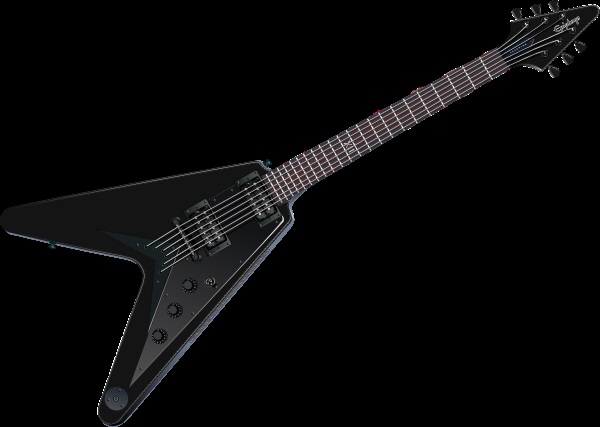 There are so many different types of strings to suit just as many different styles of playing that it can well boggle the mind. The best thing is always do your research you are sure to find the right matches.

Further as noted earlier on electric guitar strings are made from different materials. From stainless steel, pure nickel, Nickel-plated steel, and even Cobalt which has a stronger magnetic attraction than other alloys. Again, like the gauge, guitar and Bass players will want to test out different strings over time to see what works best for them.

Now I of course would be doing a disservice if I did not mention the upkeep of your strings. Guitar and Bass strings deteriorate several different ways. They get gummed up with not only your sweat and dirt, but gummed up from your skin flaking off and mixing with the dirt and sweat. They also stretch and deform over time.

have some backups of course. If your just a home player that enjoys you’re at home casual playing and rocking out to Rocksmith 2014… then you may end up changing your string from every couple months to every six months depending on how often you play and how often you clean the strings. 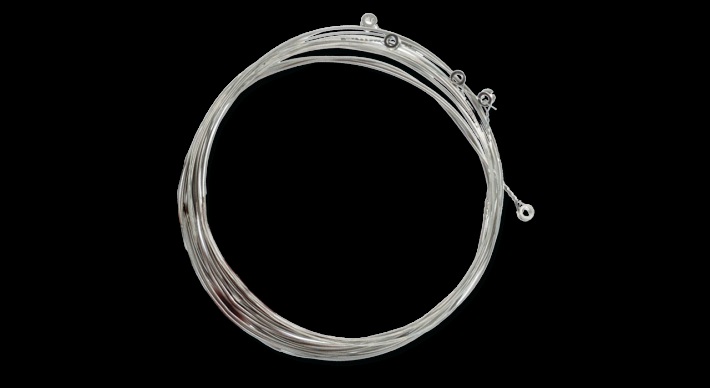 Changing strings can be a pain at times, but the reward of that wonderful tone you first fell in love with is very evident with new strings. So take care of your strings, do youre research on what types are out there and what will work best for you as an individual player, and Rock On brothers and sisters, Rock On.