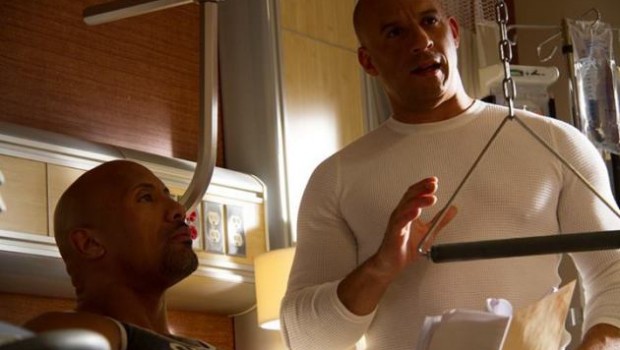 Universal Sony Pictures Home Entertainment is releasing Fast & Furious 7 – available to own on Blu-ray™, DVD & Digital with UltraViolet™ from August 27, 2015.

Brian O’Connor (Walker) and Dom Torreto (Diesel) are facing their biggest challenge yet – a normal life in suburbia. Focused on their respective families and looking to leave a life of crime behind them, their worlds are once again turned upside down when the past comes knocking in the form of Deckard Shaw (Statham), trained assassin and older brother of slain Owen Shaw from Fast & Furious 6 (Luke Evans, Dracula Untold, The Hobbit: An Unexpected Journey).

O’Connor and Torreto’s only hope to survive Shaw’s devious plan is to reassemble their beloved street crew and once again get behind the wheel to locate a tracking device – the ‘God’s Eye’ – before it falls into the wrong hands. This task takes them all the way to Abu Dhabi and back to the familiar streets of Los Angeles.

With over one hour of bonus features on the Blu-ray™ including deleted scenes and behind the scene access to the exhilarating stunts.