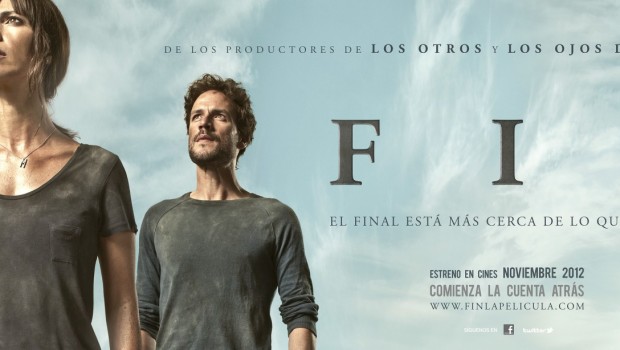 THE END – Available on DVD and Digital March 12

One of the most compelling entries in the Spanish Film Festival, Jorge Torregrossa’s THE END (FIN) is an apocalyptic thriller which puts forth an unforgettable vision of the end of humanity. Written by Sergio Sánchez (The Impossible) and starring the inimitable Maribel Verdú (Pan’s Labyrinth, Blancanieves), THE END (Fin) tells the story of a group of old friends as they reunite for a weekend in a remote cabin in the Spanish mountains.

After twenty years apart, the group have more than a little to catch up on, but lurking underneath the laughter and stories is a murky episode from their past which continues to haunt them. Their weekend retreat takes a turn for the unexpected, however, when a sudden, unexplained celestial incident leaves them stranded and without communication to the outside world. On their way for help, the group starts to disintegrate, just as a new natural order is unveiled before their astonished eyes.

“This is a film about the characters, the way they’ve chosen their lives and how they feel about those choices as their existence is nearing its end.”
Toronto Film Scene

Director Jorge Terragrossa comments on the power of the film; “FIN (THE END) is a thriller that uses fantastic elements in order to tell a story where the emotional emptiness and the frustrations of our characters make up the very heart of the film.”

Featuring some of the most well-known names in Spanish cinema such as Daniel Grao, Miguel Fernández, Antonion Garrido, Carmen Ruiz, Blanca Romero, Eugenio Mira and Clara Lago, THE END (FIN) is bound to raise the blood-pressure and toy with the mind.