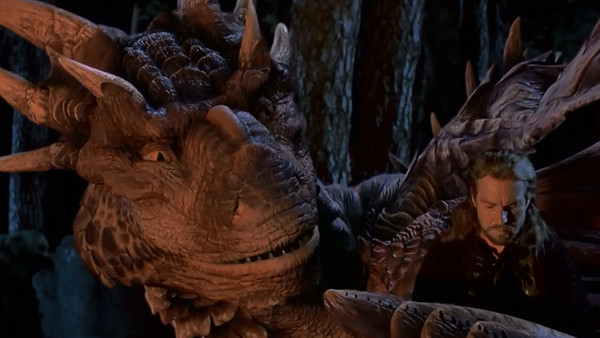 Gareth (Morris) is a young squire and fine swordsman who enters a tournament to fulfil his lifelong dream of becoming a knight. While his competition cheats, Gareth stays true to the rules to defeat his fellow opponents. However these aren’t the saintly knights of old lore, they are a group of criminals who shake down local merchants for protection money.

When Gareth shows sympathy for an elderly shop owner, his act of kindness gets him expelled from the academy. Now an outcast and penniless solider, he seeks shelter from the old man, who tells him of the sacred history of the dragons and the power and majesty of the once beloved beasts.