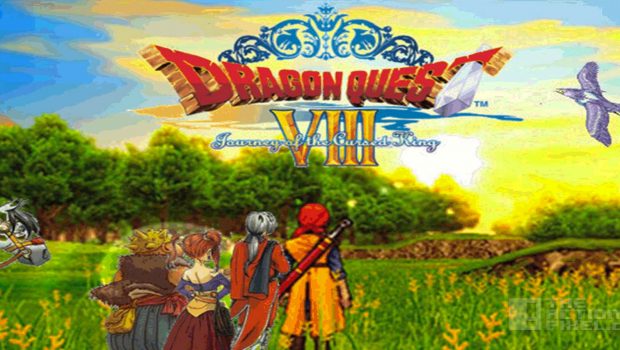 Dragon Quest VIII: Journey of the Cursed King has finally arrived on the 3DS that offers players some classic RPG gaming mechanics and more importantly, its been successfully ported onto this portable console. At its core, Dragon Quest VII: Journey of the Cursed King is the classic RPG story of good versus evil as you lead a group of warriors across the lands in order to defeat the nefarious Dhoulmagus. 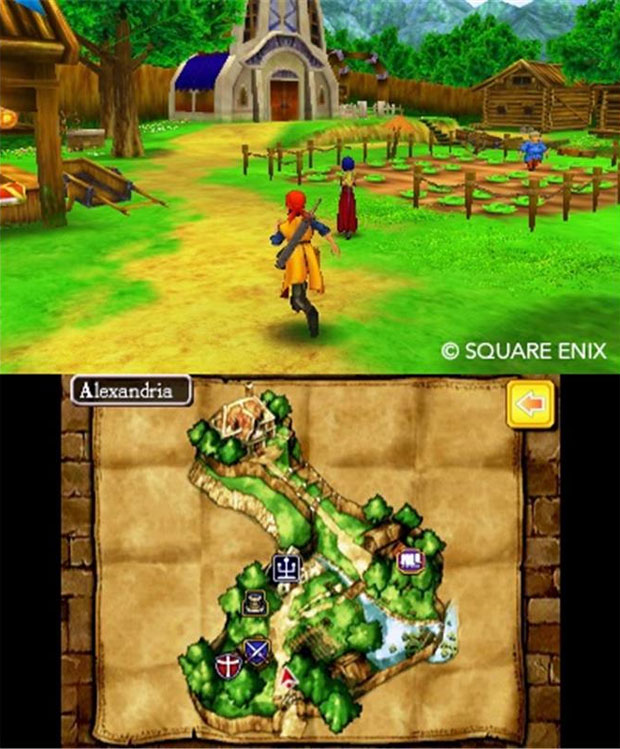 To make matters worse, Dhoulmagus has turned the King into a troll, his daughter into a horse with the other people in the castle being turned into plants and someone you’re the only person who has survived this onslaught. So while it has a main storyline, there are plenty of side quests and other activities to be found along the way as you eventually get to the source of this evil. Given that, you can belt through just the main missions but if you go off the beaten track, you never know what you might find in order to help better your party. 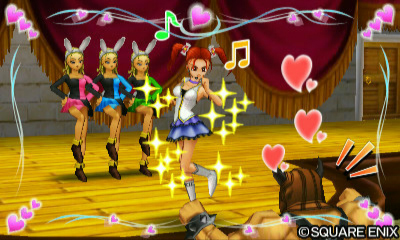 The developers should also be commended on how well the story flows and more importantly the characters in your party actually have personalities and interesting histories that all adds to the experience of Dragon Quest VIII: Journey of the Cursed King. Along the way, you’ll meet a wide assortment of characters with some wanting help, others wanting to hinder and those that help make this game a living breathing virtual world. 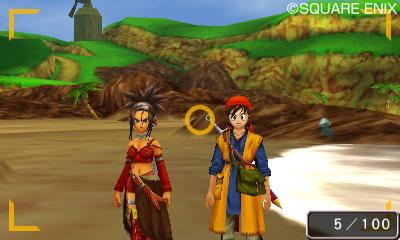 Although a certain amount of grinding is required in order to ‘level-up’ your characters, the characters and the world is an interesting place, especially the combat which offers the right amount of challene. Another feature of the game is the intuitive control system plus the map is always shown on the bottom screen and the title does a good job at teaching you the basics before throwing you into the deep end which makes this game accessible for both veterans and newcomers to the series. 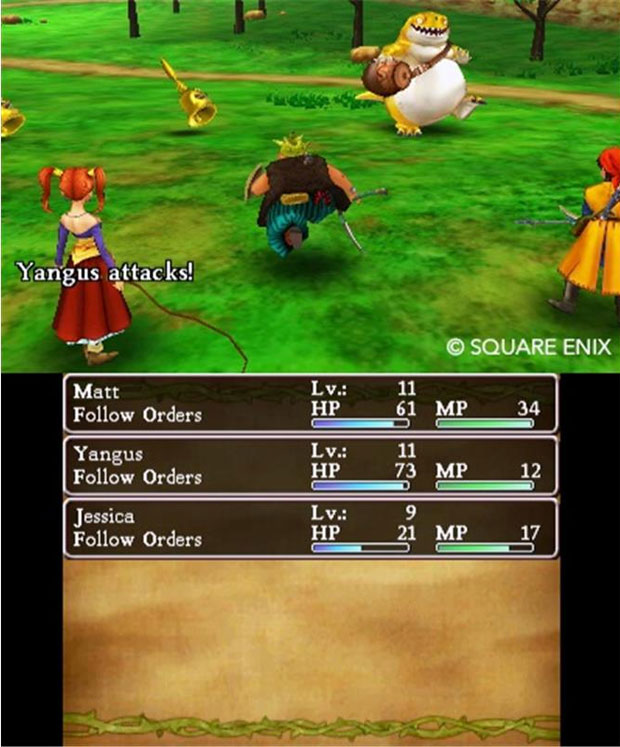 Combat in Dragon Quest VIII: Journey of the Cursed King is turn-based which sticks to tradition and allows for more strategic fighting on your behalf. When you do get more power, you can speed up the combat but for the most part, I really enjoyed the turn based aspect as the controls feel quite sturdy on the 3DS and the battles were fun, except when we were getting our heroic butts handed to us.

Furthermore, you need to keep an eye on your hit points and magic points, particularly when facing bosses. Oh, fans of this series or RPG’s in general will be very pleased with the quick-save feature that basically allows you to save anywhere, except if you’re in the middle of a battle or cut-scene. Dragon Quest even allow you to capture monsters just like Pokemon which allows you battle them against others in the Monster Arena which serves as a nice distraction to the main storyline.

As you defeat enemies, explore the world and complete missions, this assists your characters in leveling up that increases your stats and skill points which allows you to tailor your party members. These skill points assist in how other characters approach you so it’s a careful balancing act between party members in order to maximise their skills and there’s a few whacky ones as well. It’s also good that you don’t have random encounters in this game and enemies are now clearly visible so you can choose whether you want to engage or divert around them. 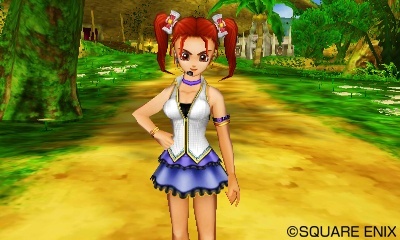 Then you have the alchemy system which gives players a type of crafting mechanics. Throughout the lands of Dragon Quest, you’ll find very useful recipes and books which allow you to create new weapons and equipment. Sure some of it is trial and error and requires patience on the player’s behalf but it adds to the overall RPG experience. Lastly, the game does offer some Street Pass options which allows you to share in-game photos with others and if they give these images a thumbs up, this give the option of finding additional items in the game. 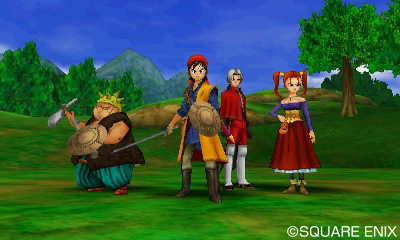 Graphically, Dragon Quest VIII: Journey of the Cursed King is a good looking title on the 3DS and the developers have pushed the console on what it can do. The world of Dragon Quest is great as are the character designs, animations and special effects. Audio works well and at times can be quite amusing. Add in a great 3D environment and this title is easily one of my favourite RPG’s on the Nintendo 3DS with its call-shading like graphics. 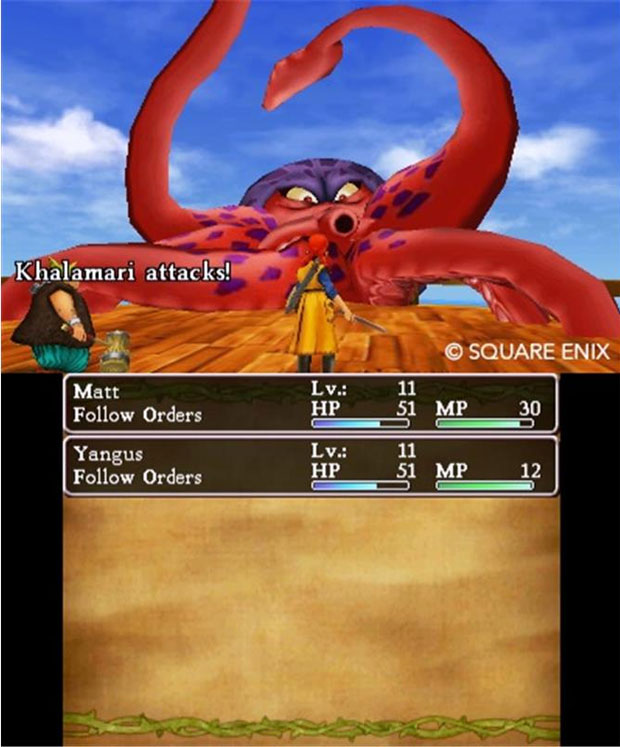 Dragon Quest VIII: Journey of the Cursed King is an enjoyable classic RPG on the 3DS with a few 21st century mechanics thrown into the pot. I like how it has been ported to the 3DS as it works on all levels from not just the control system but how the game plays out. It’s the perfect title for this console as it allows you to get lost in this world for either quick or long gaming sessions. Fighting is a challenge, creating items is easy and all in all, it’s a game that has been tailored for lovers of role-playing games. 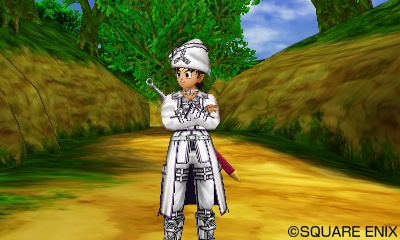