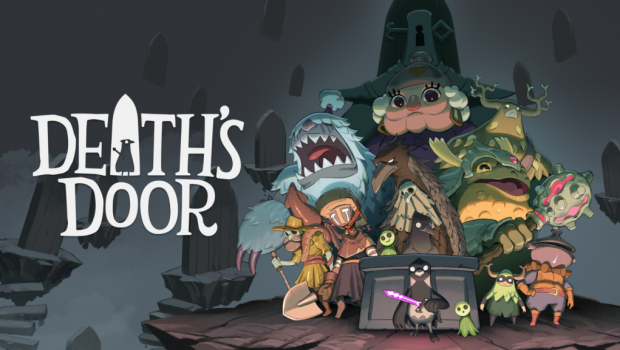 Summary: Clever, original, and beautifully presented, Death's Door is a solid Zelda-like indy title...but not without its faults.

Easily one of the most original indy titles of 2021, Devolver’s Death’s Door for the Switch is a nice – but a bit limited – take on the classic Legend of Zelda formula. (Check out our Xbox Series X review for a comparison reference point between the two versions.)

In Death’s Door, the protagonist is a weapon and magic wielding crow, a feathered fella’ just punching the old clock in service as a reaper of souls. Reaping is no different than any other office job, complete with paperwork, bureaucrats, and a slew of often miserable co-workers going about their every crow existence.

Reaping souls is done by entering doors to other worlds, and taking down enemies big and small. The bigger they are, both the harder they fall plus soul reward for doing so. Behind said doors, however, your formerly immortal crow can die. Dying thankfully doesn’t over-punish, with souls and health seeds retained through each run. Death (which happens a lot) places the crow at the entrance of his last entered door, ready to tackle what lurks within somewhat anew. 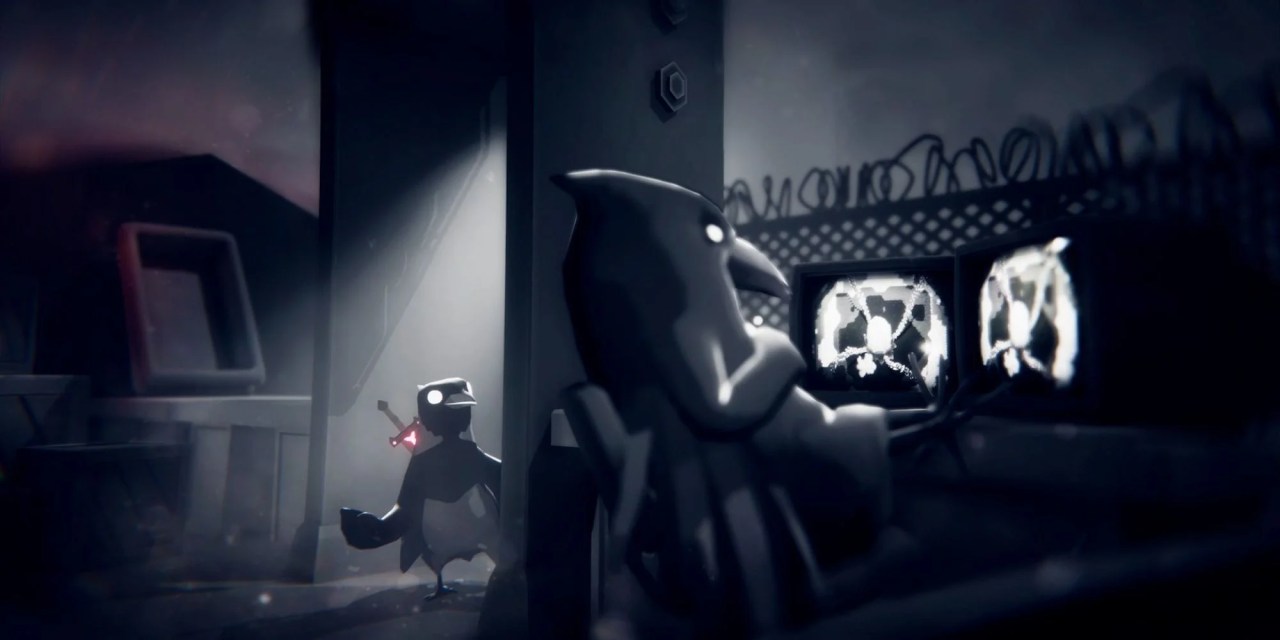 By ‘somewhat’ and in Death’s Door, retention of souls and health seeds means no hair pulling frustration of endlessly failing behind a specific door. Souls can be used to upgrade crow abilities, and planted health seeds re-appear where the crow last left them in a world.

Moreover – and yet another great level design decision – solved puzzles and pathways don’t require re-attack following death. Thus, the crow can usually and quickly return to the place of prior demise in fairly quick fashion. Specifically, Death’s Door is designed around branched levels, where defeating difficult enemy sections and/or solving puzzles unlocks shortcuts should death occur. There is likewise no requirement to defeat previous and re-appearing enemies if there no desire to collect redundant souls versus advance in a level.

Related, Death’s Door is an exploration game, first and foremost…and a bit to a fault. Paying attention to every aspect of a level means uncovering oodles of hidden goodies. Secret passages and items are ripe for the taking…but they require a bit of savvy in spotting then retrieving. 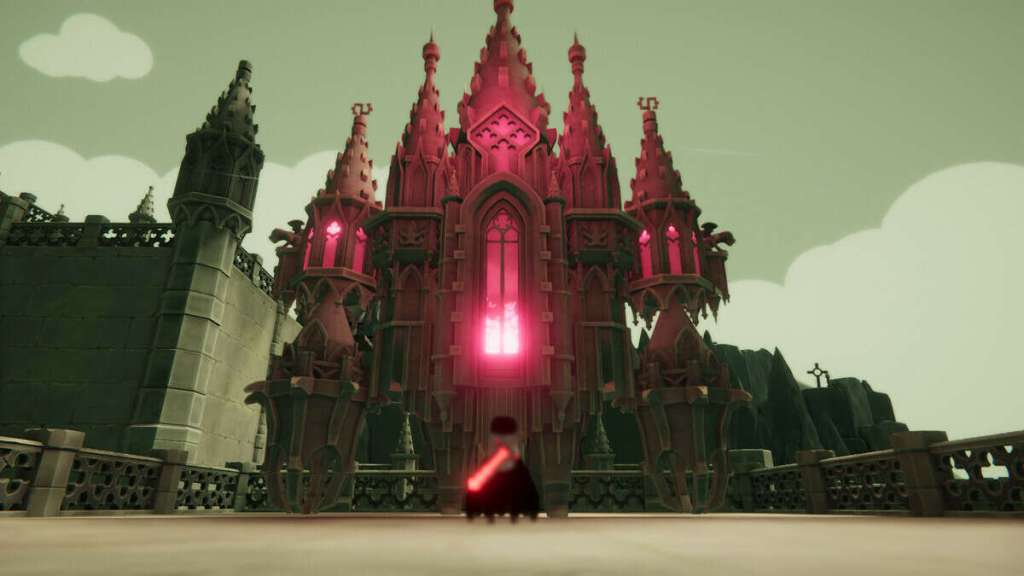 The faulty part lies in the absence of a map in Death’s Door. Thus, a darn good memory of often confusing worlds is a pre-requisite to any success in the game. Expect to do endless wandering to spot a path undiscovered and required to advance. A devil’s advocate may posit that no map encourages aforementioned exploration so critical to Death’s Door essence. I fall in the other camp, where wasted wandering to nowhere can detract from a bit of the intended fun.

Combat – resembling Zelda – is pretty straightforward. Our crow’s packing melee (light and heavy) and ranged attacks, completed by an evasive roll. All enemies strike in patterns, where recognizing and reacting keys to success. As crow health is limited, taking on hordes is never a good strategy, nor is getting backed into a tight spot in hopes of hacking your way out. Again, and for these reasons, holding on to acquired souls and health seeds so important. A failed combat decision shouldn’t over-punish a player. Also – and due to limited room for error – bigger baddie fights become adrenaline pumping knowing only a few wrong moves separates your crow from death and door restart.

Visually, Death’s Door is film noir beautiful. Everything in the game sports a gorgeous and simultaneous retro and hand drawn feel, with presentation popping in a stunning black and white and/or drab tone format. Music is splendid, a magnificent array of piano pieces that capture the spirit of the game wonderfully. Dialog – achieved only through text – is both humorous and engaging. Death’s Door storyline is equally strong, with intriguing little plot twists and characters to meet along the way. Biggest spoiler alert happens somewhat early in the game. And it’s a doozy. 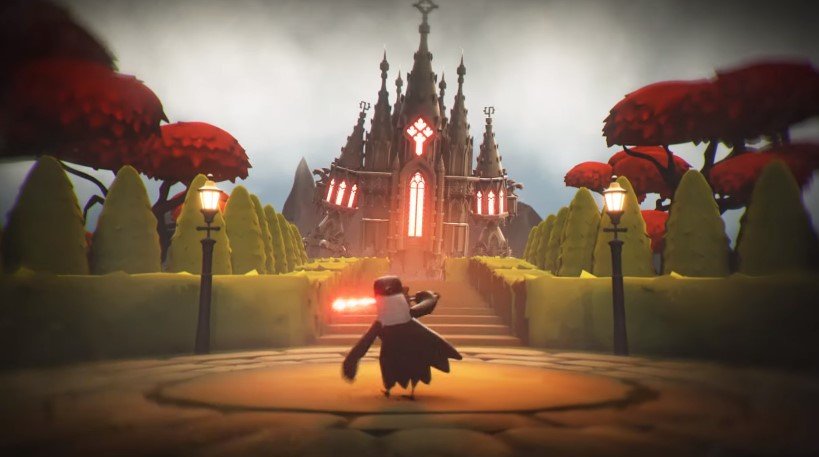 While Death’s Door is a well-done title, it isn’t without its faults. The absence of a map is a big one, as are enemies that – while clever in presentation – can be boring in combat execution. Said combat is limited in a good way…but this means limited variety in execution. Also, Death’s Door camera can be difficult to discern, especially in handheld mode. This produces a slew of unnecessary frustrations in falling off platforms, misreading depth, and/or needing to squint when not attached to a big screen. The crow is so damn cute, that it’s hard to be mad when these occur.

In so many ways, Death’s Door is the high end indy title to a tee. It’s extremely polished, very creative, terrific for shorter sessions, but lacks a little in depth. Still, it’s hard not to recommend Death’s Door for fans of the action-adventure, Zelda genre and/or someone looking for something truly different for the Switch. Just note it can be a visual struggle when played in the Switch’s portable fashion.