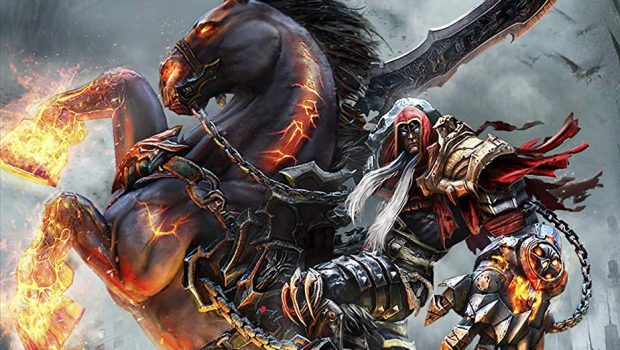 Summary: Going back to its roots results in the most polished and playable version of Darksiders to date.

The incredible irony of playing a remastered port from almost a decade ago is that it took the third iteration of the series – released just last year – to fully appreciate this one. It’s not that Darksiders III is unplayable (well…Tory may disagree…), rather the remastered original is simply so much better and in a number of ways.

Before we get to that, let’s get down to basics. As stated, Darksiders: Warmastered Edition for the Switch is a remastered version of 2010’s Darksiders, one now featuring tender loving care by Kaiko Games. Appropriately and as a historical note, Kaiko likewise played a hand in getting the second of the series to XBOX One back in 2015. 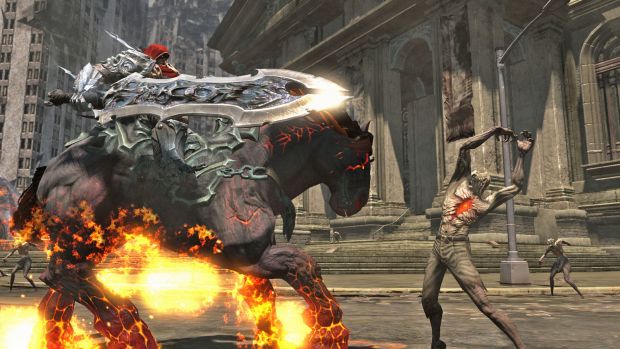 Darksiders, the series, tells the tale of the four horsemen of the apocalypse (War, Death, Strife, and Fury) perpetually stuck in the middle of wars between heaven and hell, also wedded to the whims of the mysterious Charred Council. Each Darksiders title spotlights an individual horseman; only Strife is yet to see a dedicated offering. As suspected by its namesake, Darksiders: Warmastered Edition features War front and center. In this tale, heaven got over ambitious and a bit naughty; our brother from another apocalyptic mother is trying to clean up the mess which ensued.

The Darksiders trio of games remain quite popular arguably for two reasons: a) their homage to God of War in gameplay and presentation, and b) a unique mythology that lends itself to terrific storytelling. To play Darksiders means encountering highest level voice acting, soundtrack and underlying script, with all three wrapped around occasionally insane experiences of third person, hack-and-slash mayhem. The series deliberately progressed in its level of difficulty from original to Darksiders III, with Fury’s story unabashedly declaring itself Dark Soul-esque in the amount of times one will die. (Speaking from experience, I wanted to throw my controller against a wall a good several dozen times.) This is not to declare Darksiders: Warmastered Edition easy, by any means, but it does not take pride in punishing its players. 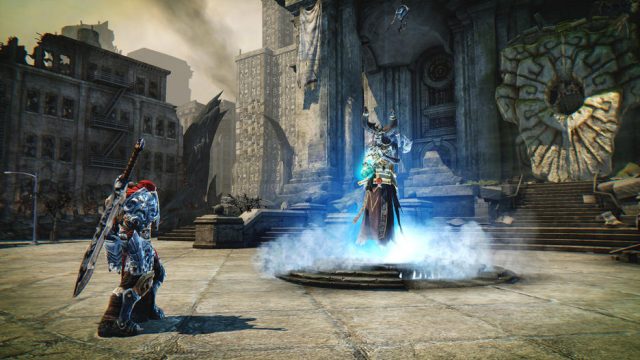 What all three titles likewise share is sadly uninspired level design and drab backgrounds, and both a graphical user interface and heads up display that confound more than guide. This is more surprising versus frustrating, as so much of the game’s presentation is top notch. Second level effects of these shortcomings means nothing truly stands out. This leads to excess aimless wandering as everything looks the same…the maps nondescript…and wasting what could be upwards of an hour to find a hidden entrance or opening. Destination markers on a map seemingly taunt the entire time.

Now the good news. Darksiders: Warmastered Edition is surprisingly the best of the three games. While Darksiders II and III push gameplay mechanics a bit more, Warmastered features noticeably more finesse and finish (no doubt a product of being the most recent remaster) than its kin. The game looks gorgeous on the Switch, the navigation system more refined if not perfect, and character responsiveness a smidgen better on jumps and physics. This smidgen goes a very long way when facing literally tens of thousands of enemies in confined spices. Related – and while Darksiders’ notoriously bad camera remains – Warmastered offends the least. You will struggle on occasion in locating whom is attacking…and where to attack…but it no longer feels as the camera is yet another bad guy to overcome.

Also, Darksiders: Warmstered Edition a-l-m-o-s-t bridges the gap between character and environmental models. While level design is still questionable (a remake can’t truly address that), environments no longer seem last gen versus how War graces the screen. Third and thankfully, gone are irritating, excessive level loads and random freezes. This port is as smooth as silk.

As a fan of Darksiders, I wasn’t sure what to expect of Warmastered. I’m pleasantly surprised by a legitimate remaster, on how well it looks and plays on the Switch. For those new to Darksiders and who enjoy hack-and-slash games, this is an awesome option. Darksiders: Warmastered Edition is now the best of the series thus far, plus an added bonus of beginning the storyline from the very beginning (to subsequently tackle Darksiders II and III, if desired, and on other platforms). Conversely – and if you’ve played later versions and not the originals, give Darksiders: Warmastered Edition a go. You’ll appreciate the forward steps the series took by stepping backward. 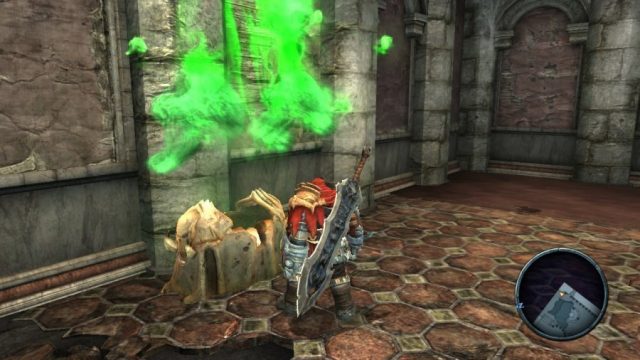