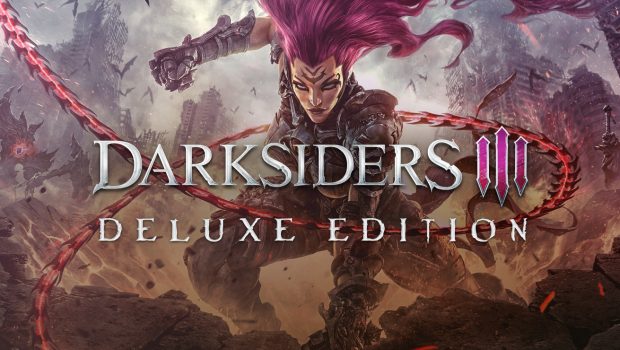 Summary: A poorly presented game that is best left for purchase from a dump bin.

Well it’s not often that I can say this but Darksiders III is a must own for any gamer on the PS2. Just kidding! This game screams at all that is bad with rushed or incomplete video games on next gen consoles. 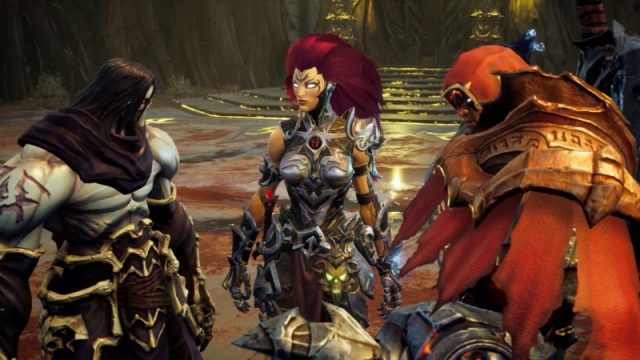 This title actually made me angry playing it. From the horrid graphics to the poor coding on hit boxes, Darksiders could have been so much more than what was presented to gamers as a sequel to an established series.

In this title you play as Fury and she has to make her way through the gameworld fighting and killing on her quest to collect the Seven Deadly sins. She is one of the Four Horseman of the Apocalypse and to be honest, you pretty much won’t care by the end of things. 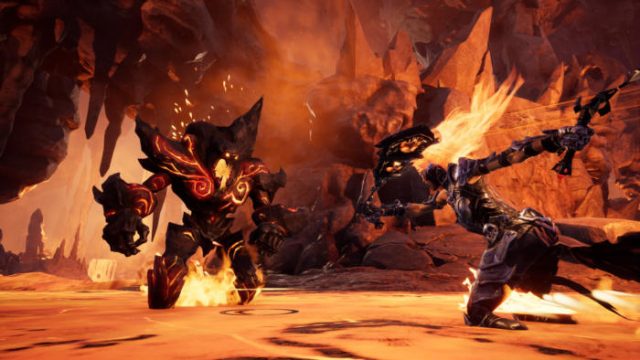 A hack and slash dungeon crawler, Fury’s skills develop over the course of the game which makes things slightly more interesting. Her impetus for even going on this quest is to take over leadership of the Four Horseman, her brothers who are incapacitated for some reason. As you start the game, the drab palette of the world kicks in and the nod fest begins.

I like dungeon crawlers. I like hack and slash games. I also like next gen graphics, a good storyline and reason to be playing the title. Darksiders III gives me none of this, which is a shame really considering the pedigree of the prior games in the series. It really feels like a game that was nearly done so they put it out anyway. Or maybe a student coding project? I’m not sure either way, it is just terrible. 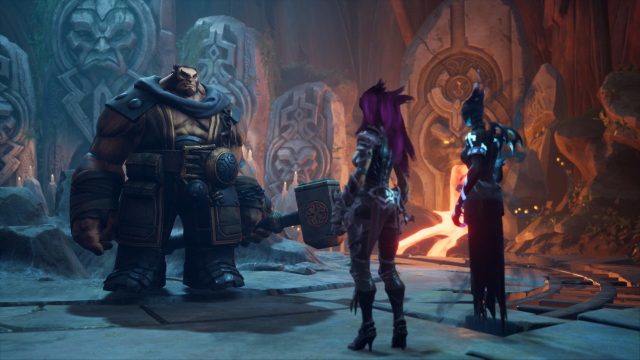 Even the audio leaves tons to be desired. At no time did I buy into Fury’s tale, her voice or anything she had to say. With the exceptions of some of the Sins, it sounded like everyone was phoning their parts in.

Inevitably  people will draw comparisons to Dark Souls. Do not be misled. This is nothing like that great game. This lacks the finesse to even be placed in the same class of title. If you look for other reviews on this title you are going to see scores all over the place with some of the other big outlets scoring up to 7/10. Do not be fooled. I’m being kind with my 40% score and that is mainly for the puzzling elements you will encounter during the game. They are kind of fun. 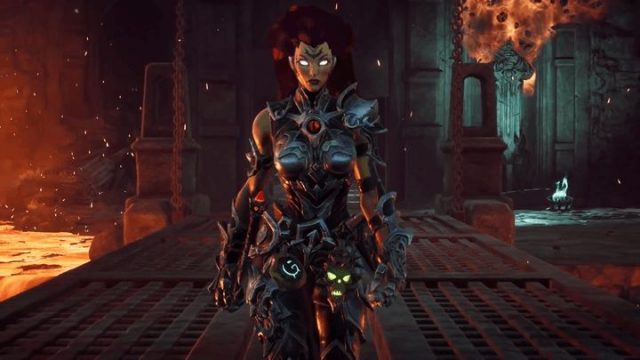 All things said and done, Darksiders is a game that you might buy when it goes super cheap. Far from a triple A title, it lacks depth and sadly pretty much any real enjoyment playing it. If there is to be another game in this series they are going to have to do heaps to win me back. I’d give it a miss.

PS: Don’t be fooled by the images posted. They are almost all from cutscenes.