Since Civilization VI was first released on PC back in 2016, I don’t think a week has gone by that I haven’t played the game in some form – whether it’s on the PC with the Rise and Fall expansion or on the Switch as a part of my commute. You might think I would be sick to death of the game after playing it for two and a half years, but this latest expansion titled Gathering Storm, comes with so many interesting new features that I can see myself continuing to play Civ VI for another two and a half more years at least. 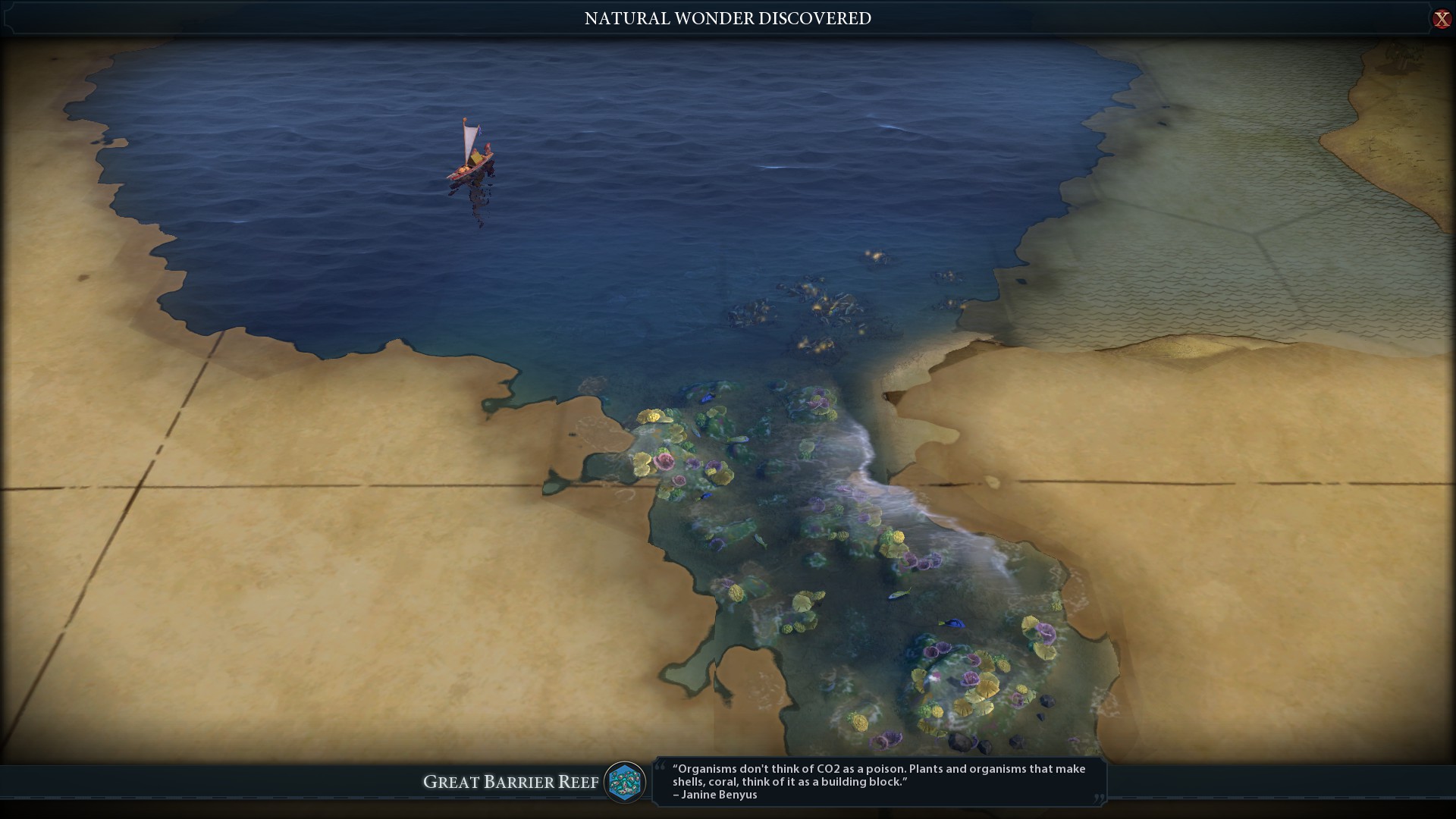 Civilization VI: Gathering Storm is the second expansion released for 2016’s Civilization VI, and is currently only available for the PC version of the game. Along with a host of new Civs, wonders and technologies to play with, the main features of the Gathering Storm expansion are a suite of new gameplay mechanics revolving around the impacts of natural forces in the world. 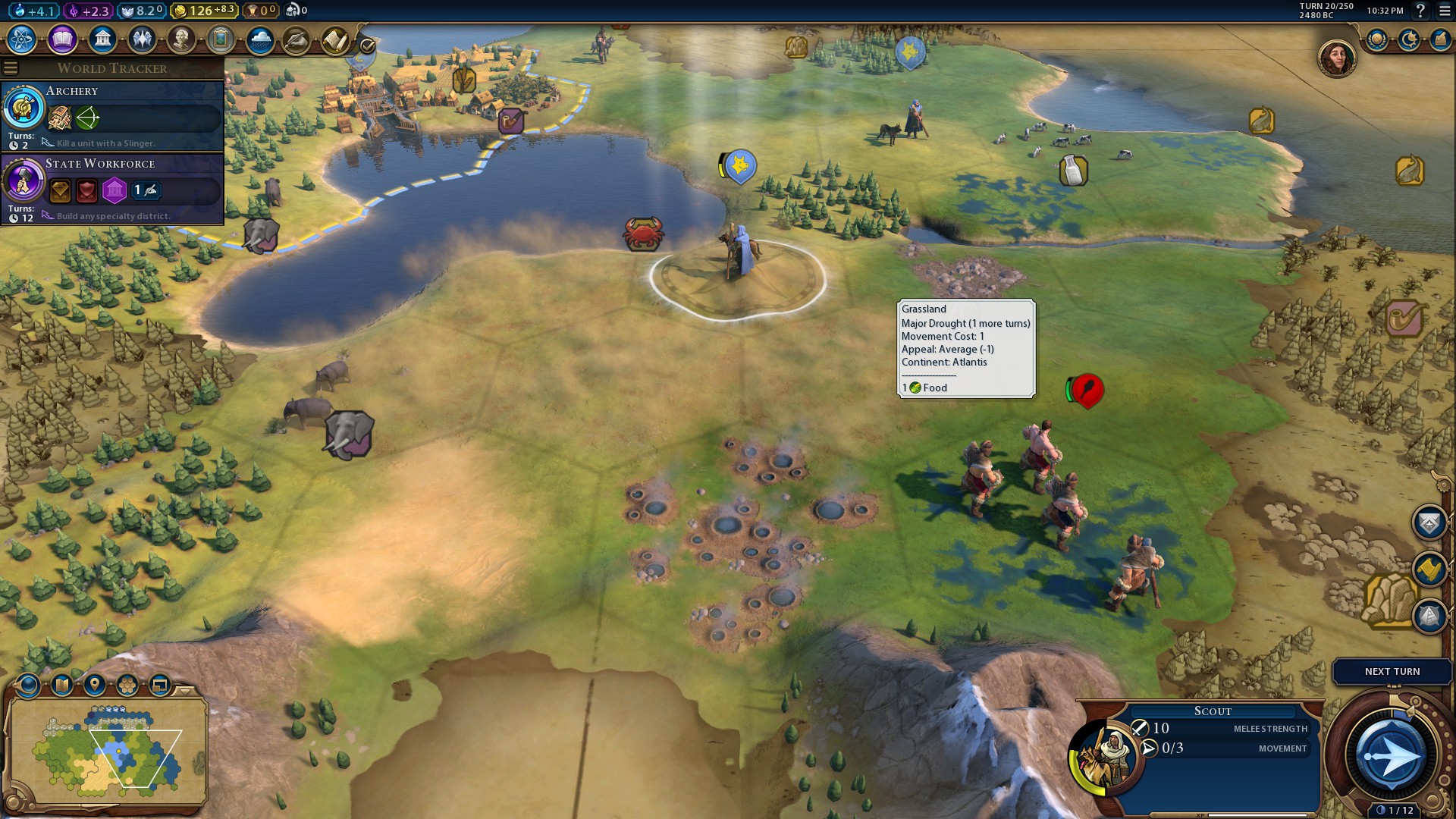 The most significant of these gameplay mechanics is the introduction of climate change and the numerous effects it can have on the game world. Beginning in the industrial era, electricity can now be discovered and used in cities to increase production. Natural fuel resources such as coal and oil are required to provide electricity in the early stages, and the consumption of this fuel adds to an emissions counter that all players contribute towards. 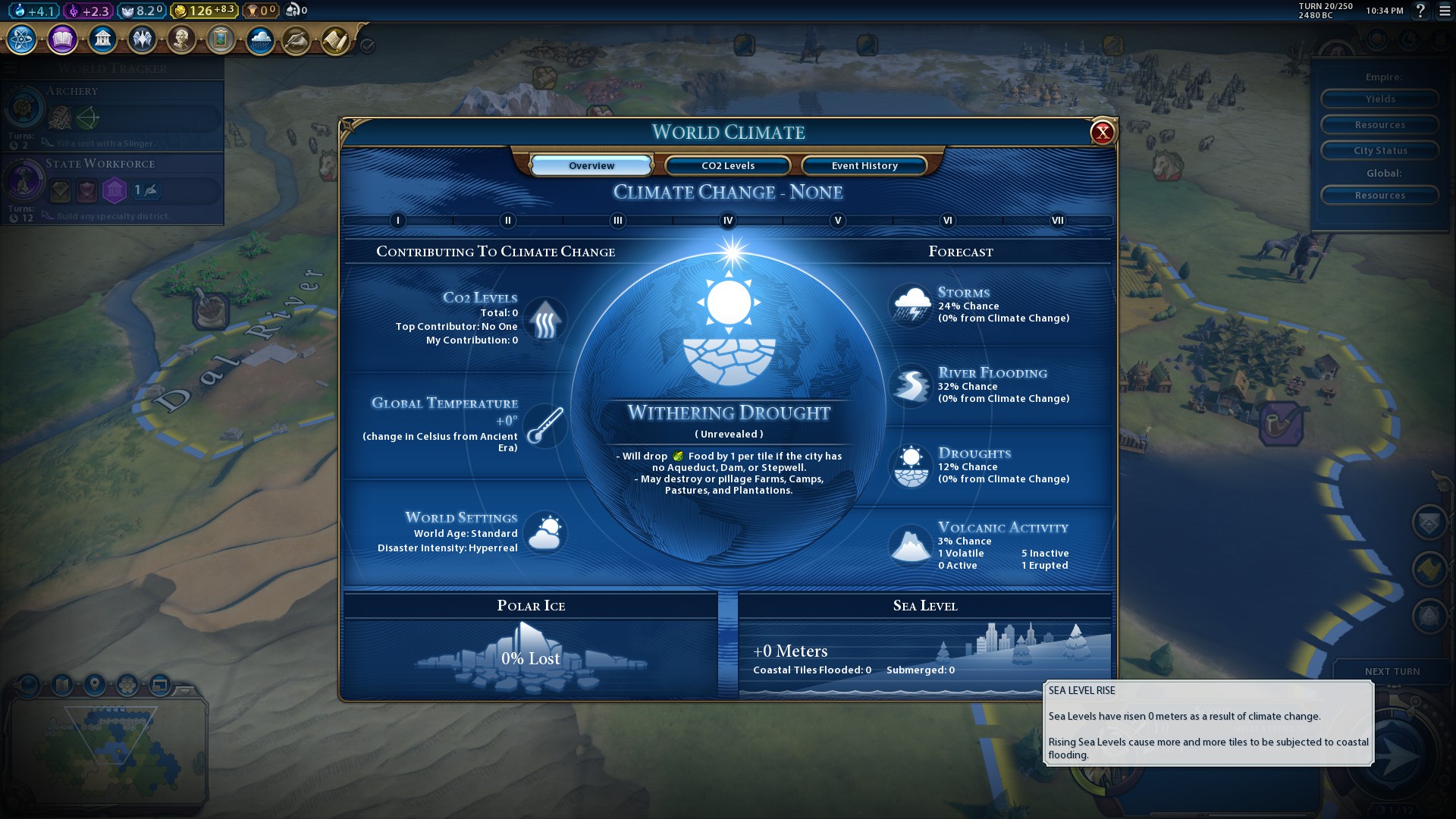 As this emissions counter builds, the effects of climate change will begin to occur in the world. Devastating cyclones that can destroy coastal tiles will become more frequent. Rivers will flood and ruin tile upgrades, yet will also make the surrounding land more fertile when the flood passes. If emissions reach critical levels, sea levels will rise and swallow up entire coastal tiles, even if the tile is occupied by a city. 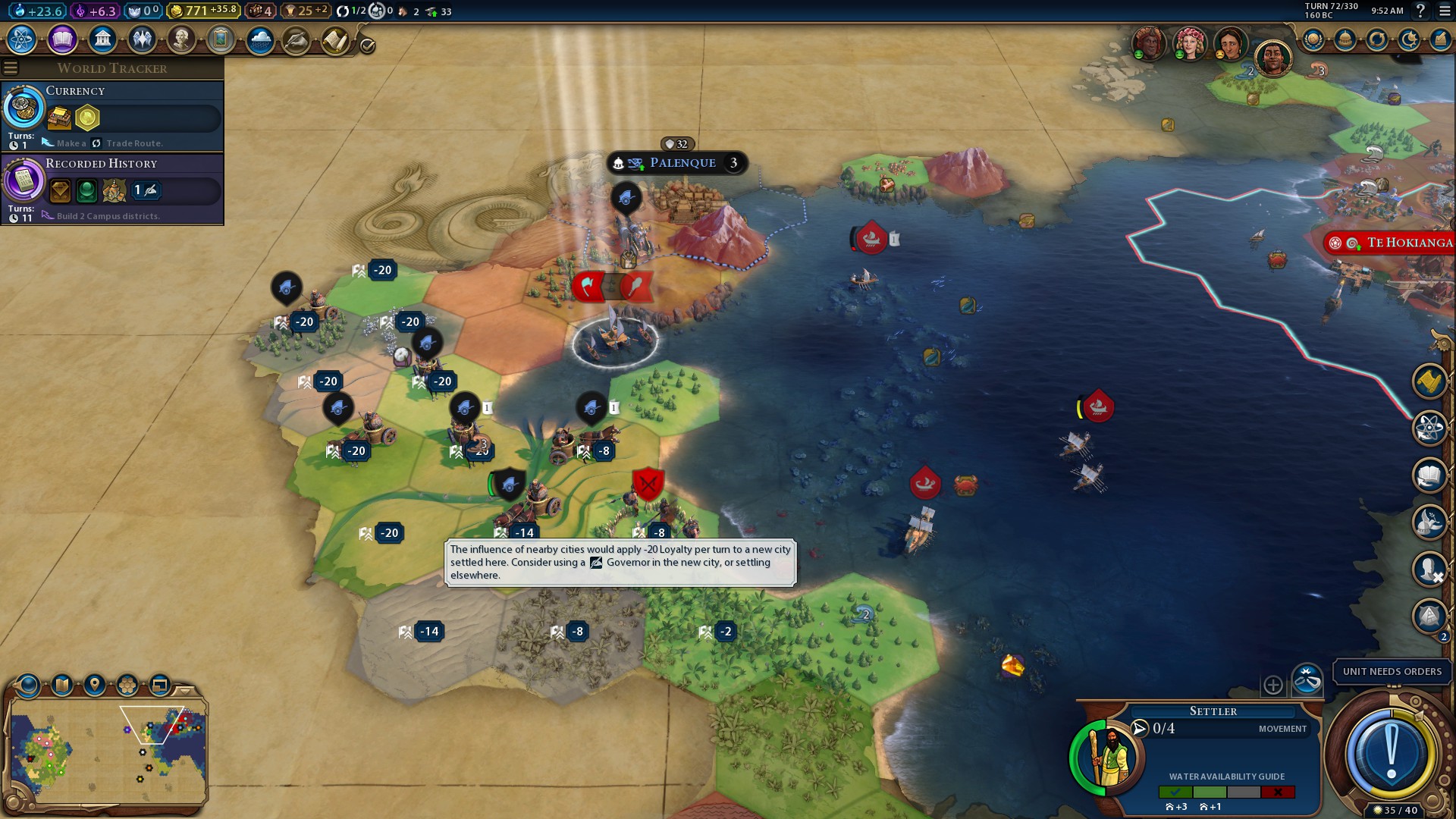 These mechanics may sound burdensome to game progression, but all of these effects are clearly communicated to the player and each tile’s susceptibility to such events are indicated by hovering over it with the mouse. There are also plenty of technologies that can be researched and implemented to combat many of these effects, such as flood levies, coastal walls and emission-reducing power generation options. 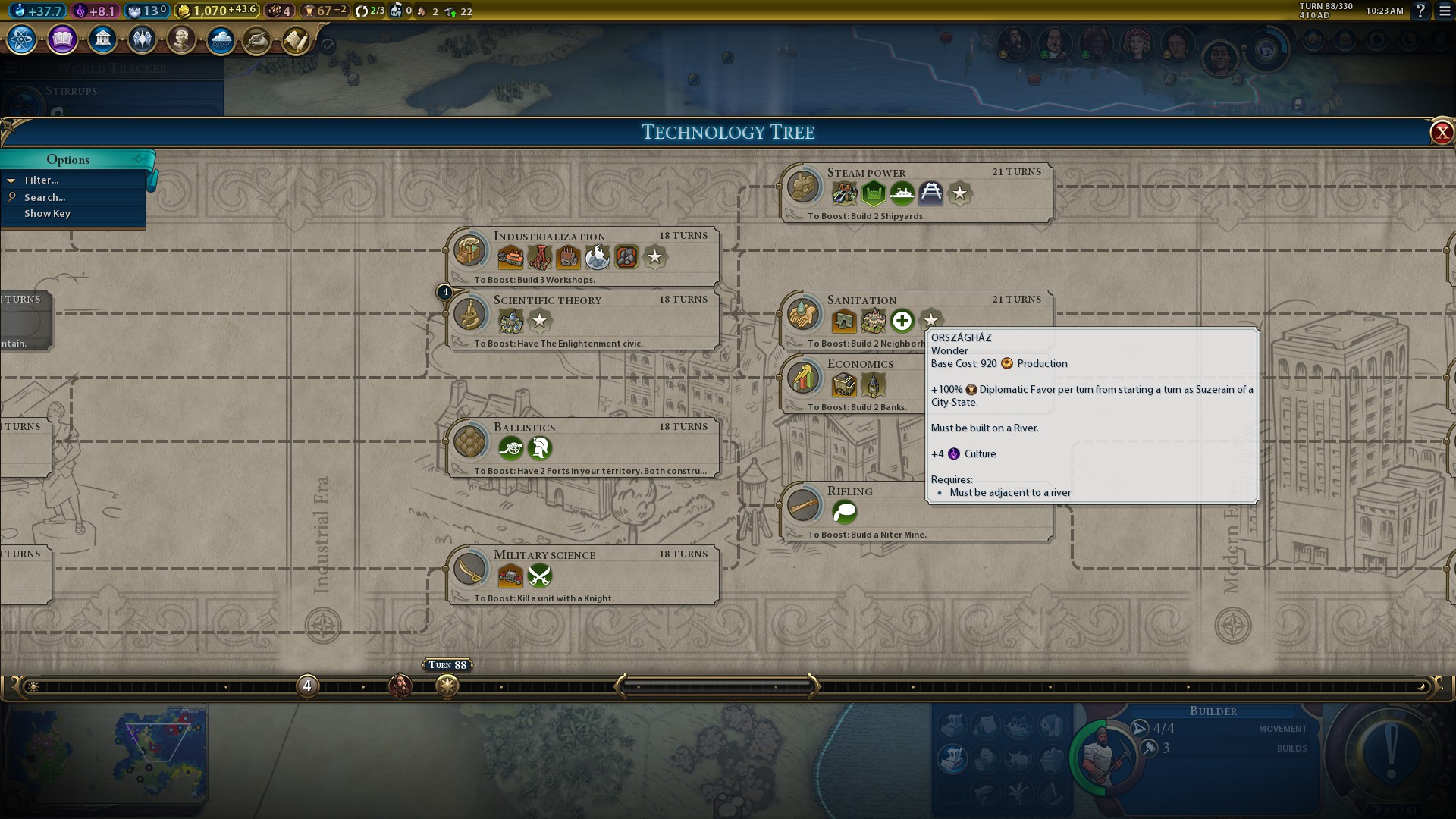 In an effort to control the contribution of emissions by players and affect numerous other gameplay mechanics, Gathering Storm revives the World Congress feature from Civilization V and introduces the Political Favour resource. Beginning in the Medieval era, each player is able to vote on resolutions that will affect the course of the game. Resolutions can be sweeping, such as banning the use of certain technologies for all players – or player-specific, such as granting bonuses to a leader for completing specified actions. Each player is able to vote on these resolutions and increase the power of their vote by spending political favour, a resource that can be accrued and traded between players throughout the game. 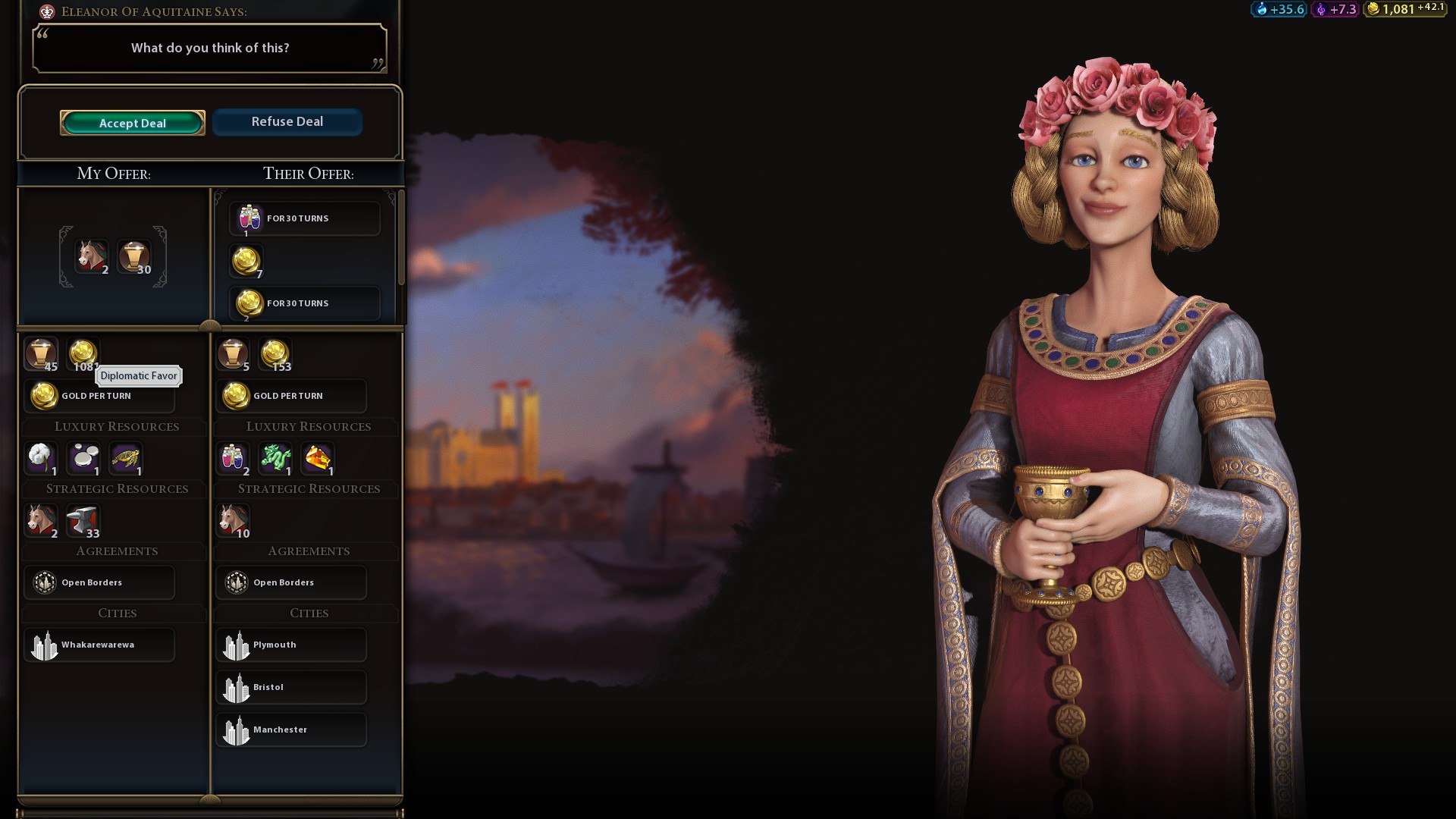 When playing solo, these new gameplay mechanics offer some fun new challenges to consider when expanding your empire, as well as opportunities to strategically take advantage of opponents that may be impacted by these forces of nature. But when playing multiplayer against a group of friends, these mechanics allow for some tremendously diabolical strategies. For example, you could intentionally burn excess coal in order to raise sea levels and destroy an opponent’s coastal city. Or you could collude with other players to impose devious sanctions on someone close to victory. 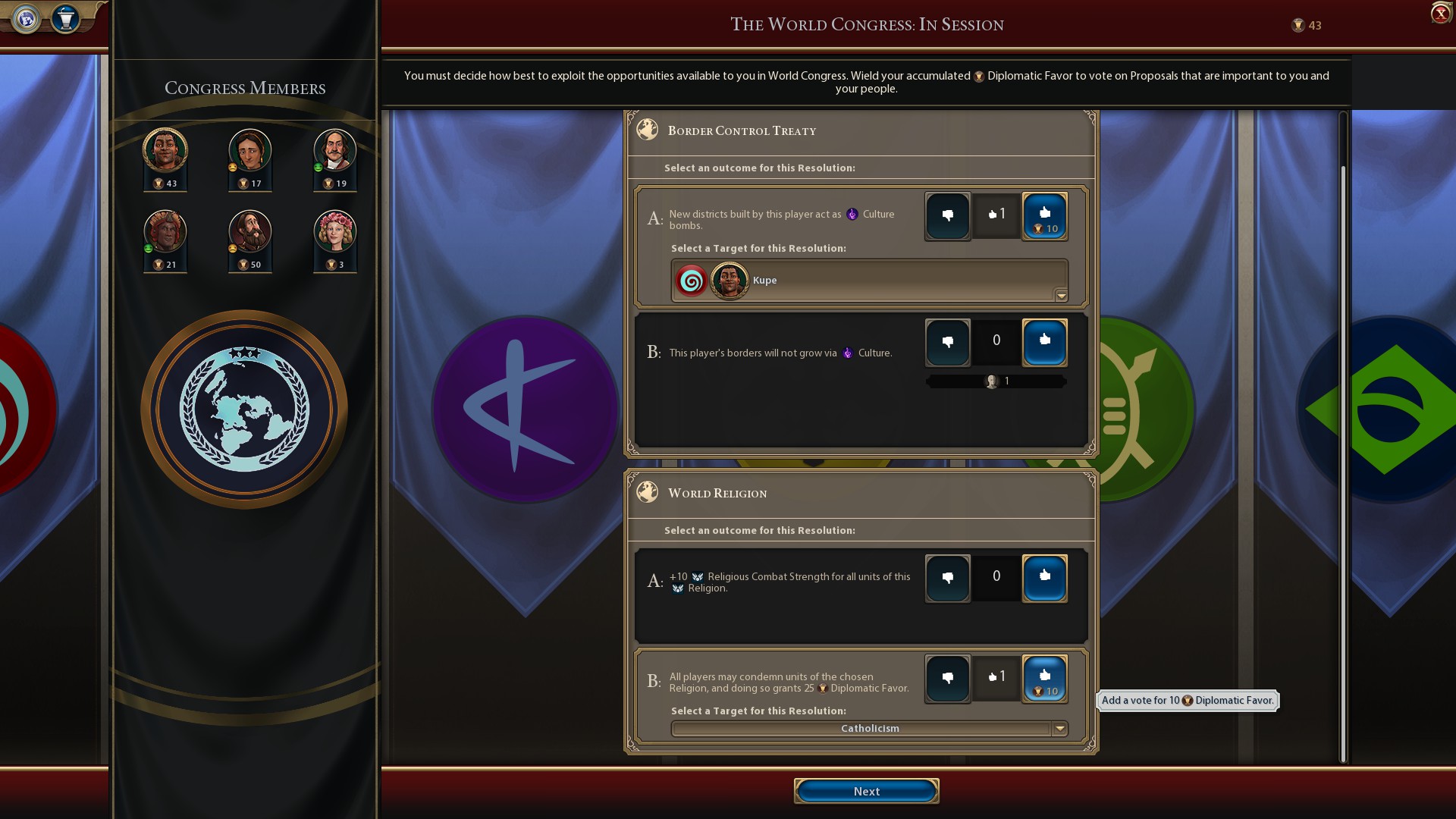 As mentioned earlier, there are also a handful of new leaders and civs to play as, with my personal standout being Kupe, leader of the Maori. Plus the expected additional natural wonders, world wonders and new units to develop. There’s also an entirely new technological phase added to the game progression, with the future age promoting experimental technologies with randomised progression paths. 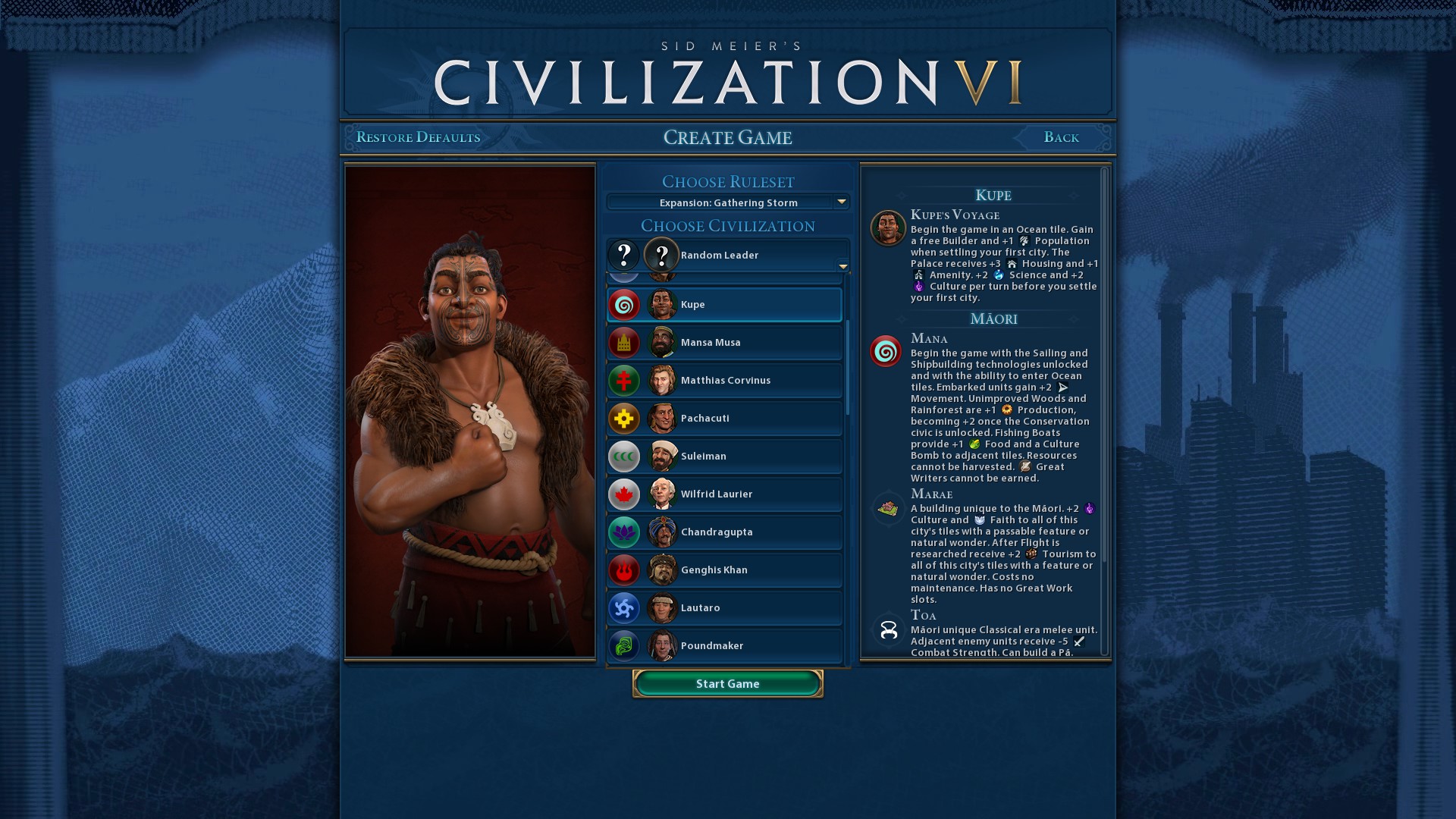 My only criticism of the Gathering Storm expansion is that the majority of added content mainly affects the late game progression, with very little added in the way of early game content. Aside from the new leaders and the occasional natural disaster, early gameplay remains relatively untouched and has been so since Civilization VI was first released – so it would be nice to see some new mechanics added to shake up the early game phase. 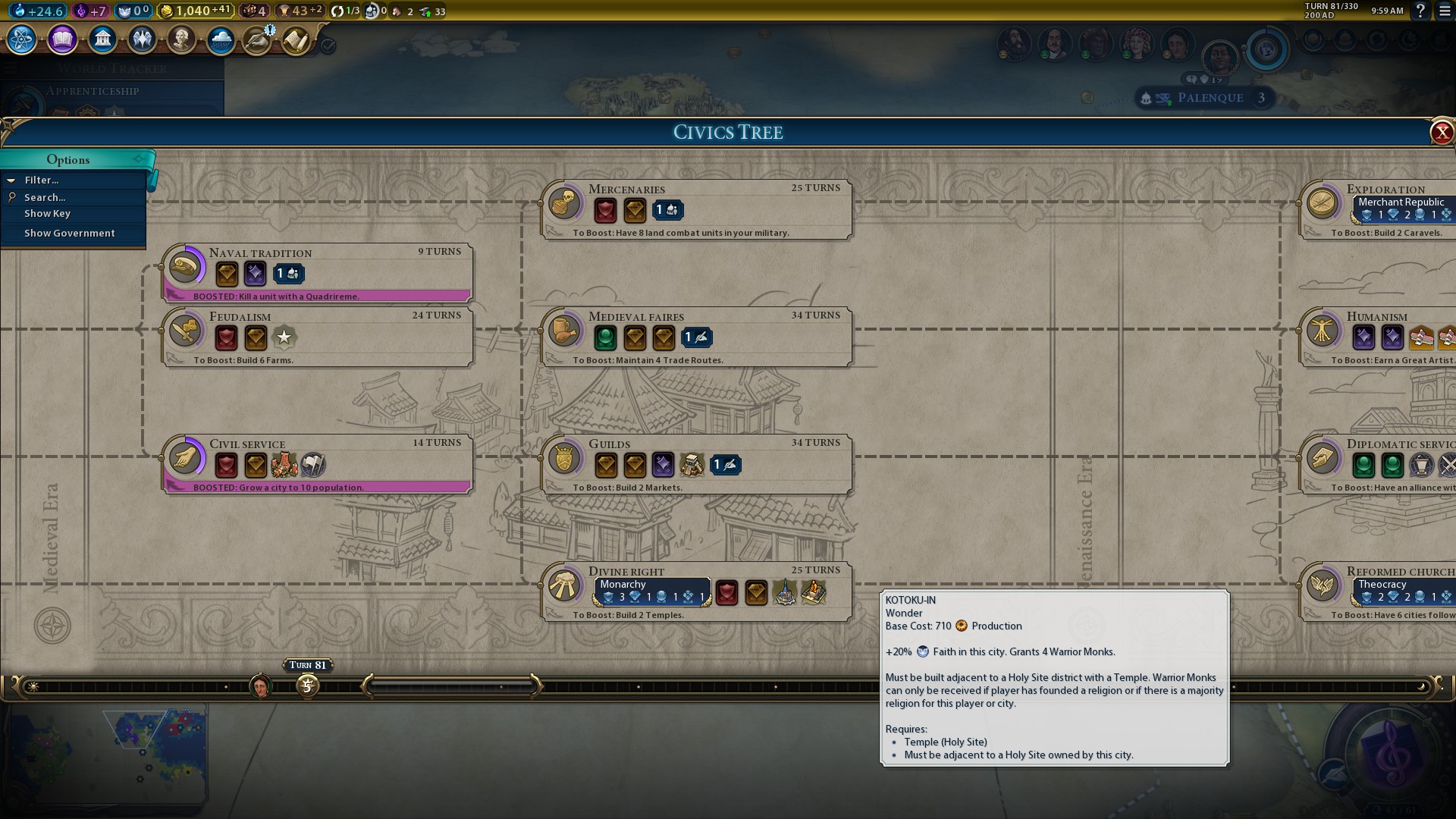 There’s also the annoying minor detail of not knowing if or when Gathering Storm will be released for the iOS and Switch versions of Civilization VI. There is some forum chatter that the expansions will be coming to these platforms in the near future, but without official confirmation from the developers, it’s hard to take such rumours seriously. I understand that maintaining version parity amongst all platforms is no simple task, but swapping between platforms with different feature sets is a real pain. 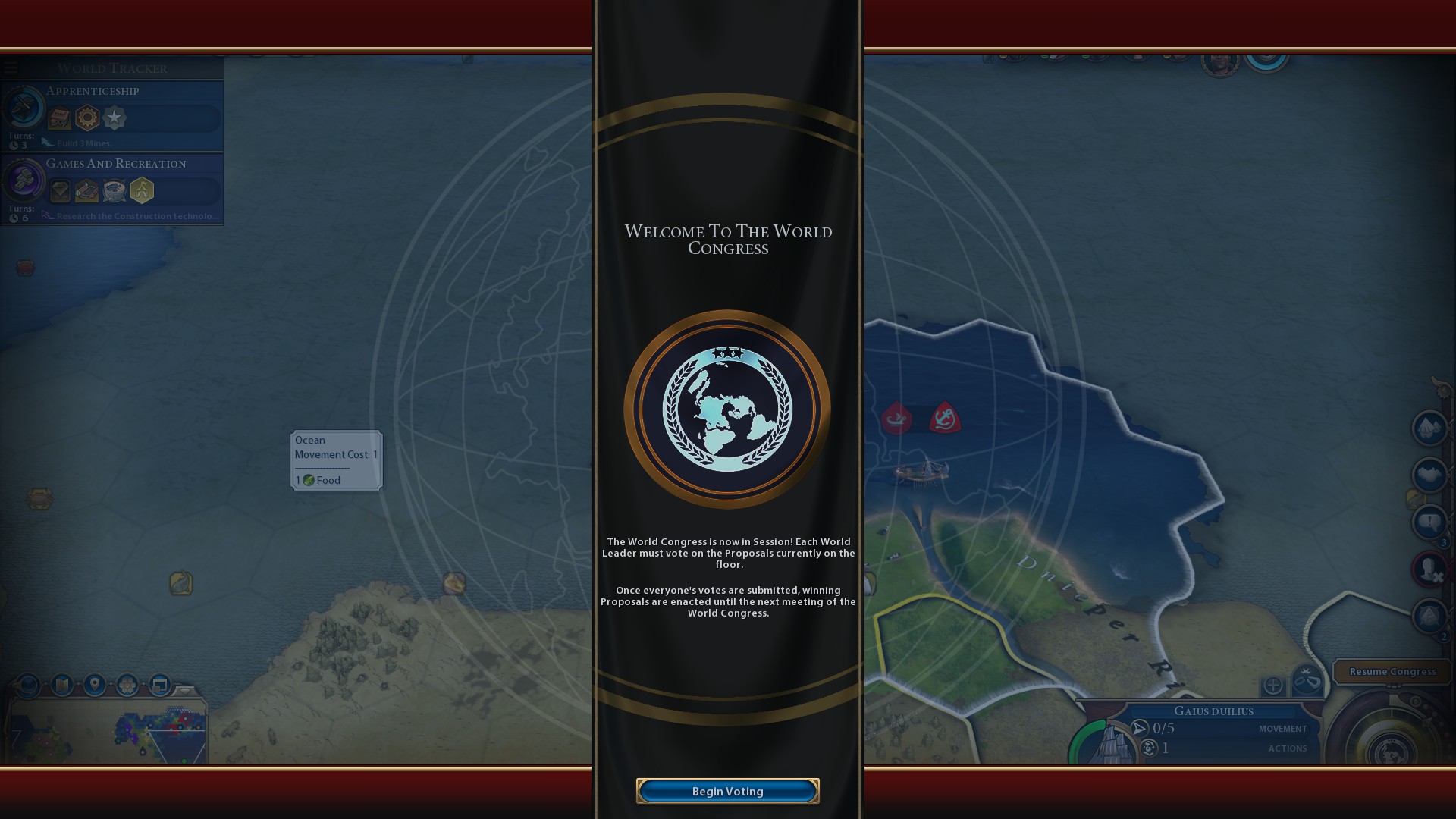 For me personally, the introduced natural forces in Civilization VI: Gathering Storm are some of the most interesting new gameplay mechanics added to the Civilization formula in a long time. It’s a fantastic concept that is executed tremendously to create fun new gameplay mechanics that add to the breadth of gameplay options without feeling overbearing and without completely overhauling the core gameplay of Civilization VI. Gathering Storm is an easy recommendation for all Civilization fans that are looking to breathe new life into the Civ VI experience, and a great entry point to the series for newcomers looking to get in on the action. 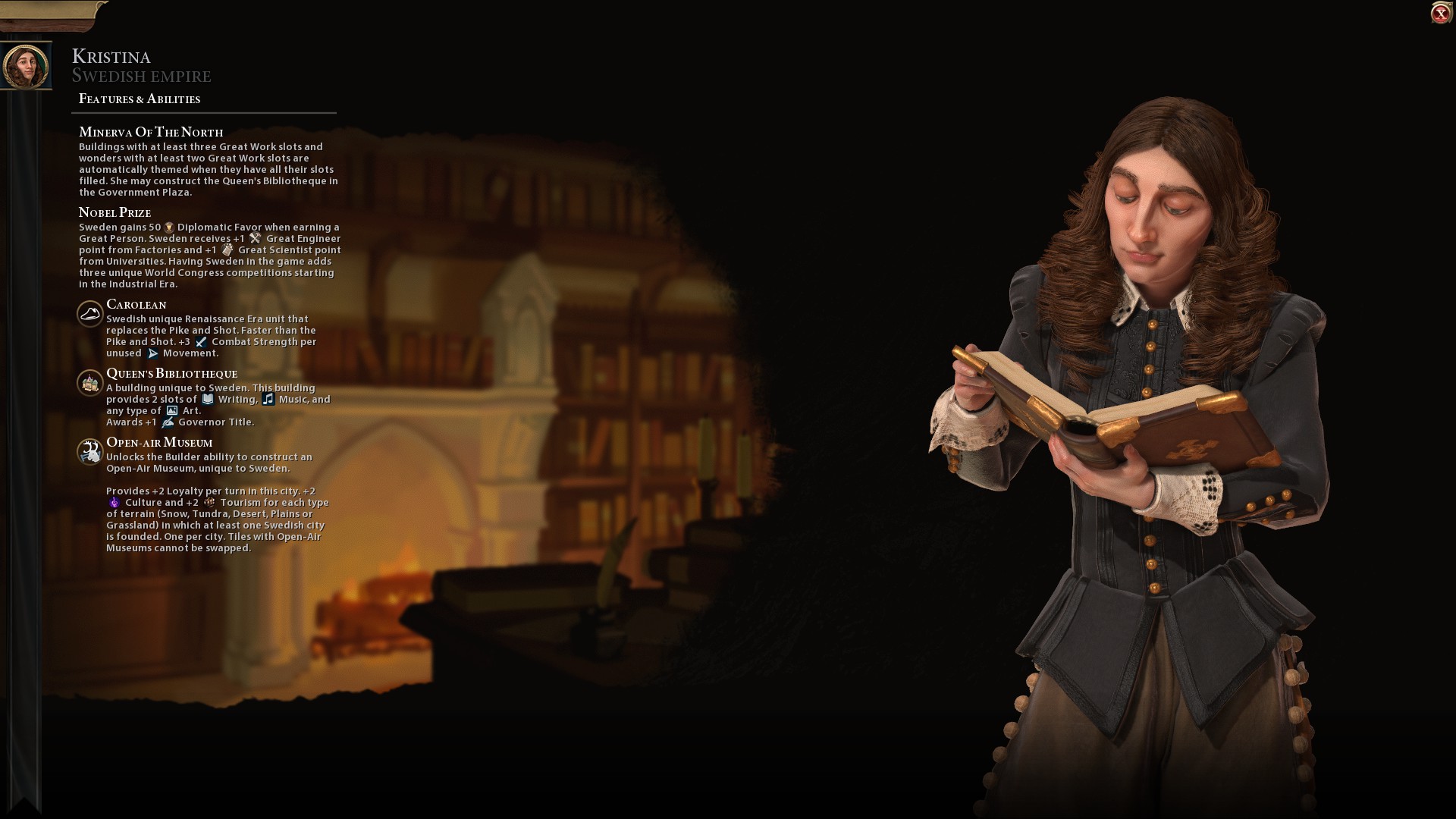 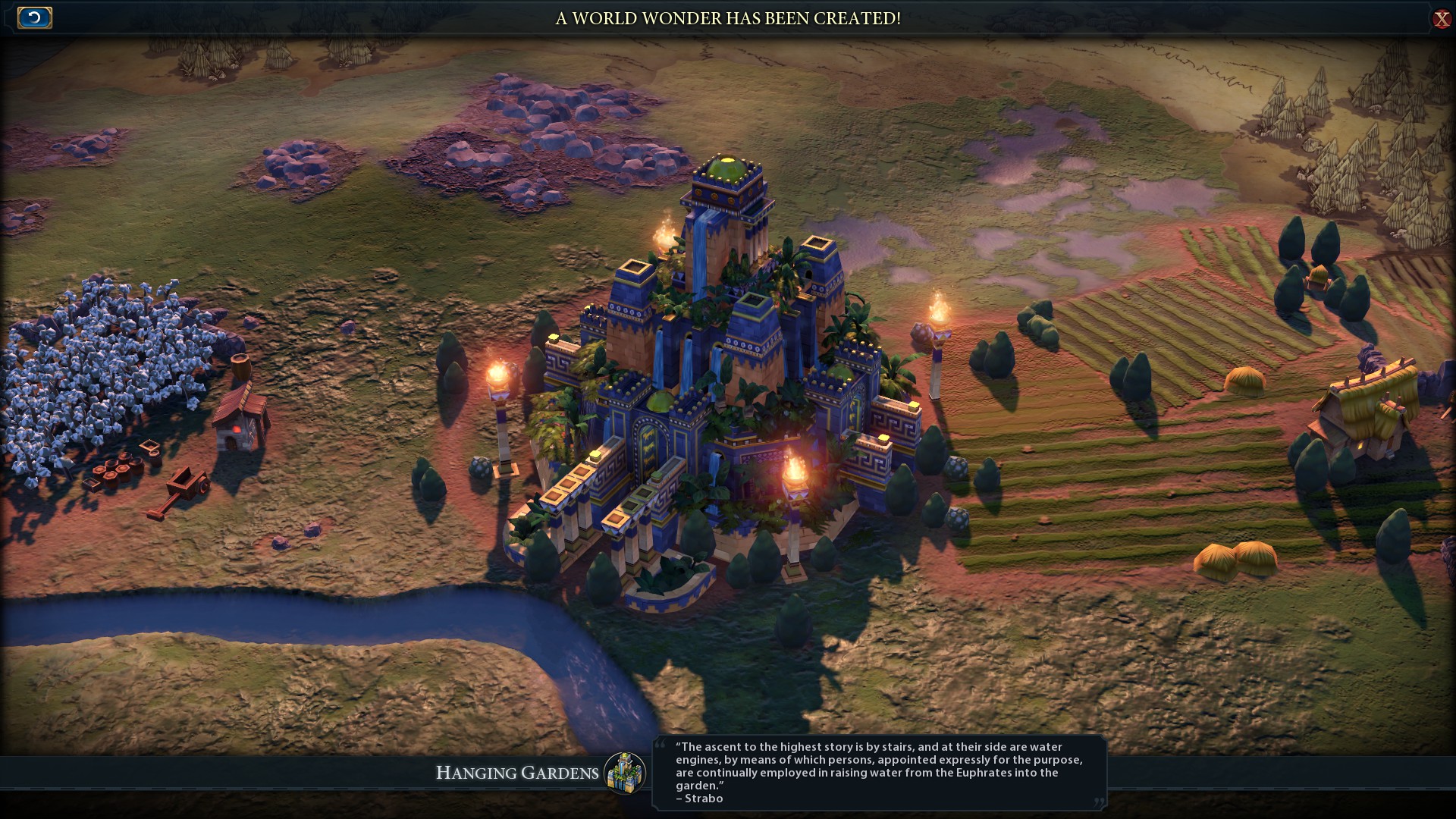