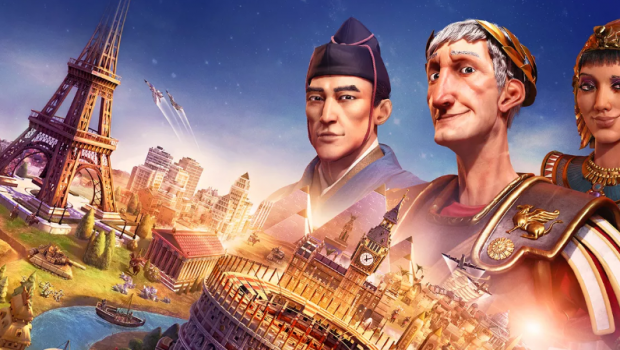 Summary: The Switch version of Civilization VI is an impressively similar experience to the PC version, for better and for worse.

Civilization VI has been installed on my PC since the day it was released and is slowly creeping up to overtake Civilization V as the most played game in my Steam library. So you can imagine how delighted I was to learn that my favourite 4X game was making its way to the Nintendo Switch. Well, delighted and skeptical. After all, there’s a good reason the Civilization franchise hasn’t appeared on a console since 1998, when Civilization II was ported to the Playstation. So how does one of the most complex and expansive strategy games of recent years hold up on Nintendo’s little handheld? Impressively well, it turns out. 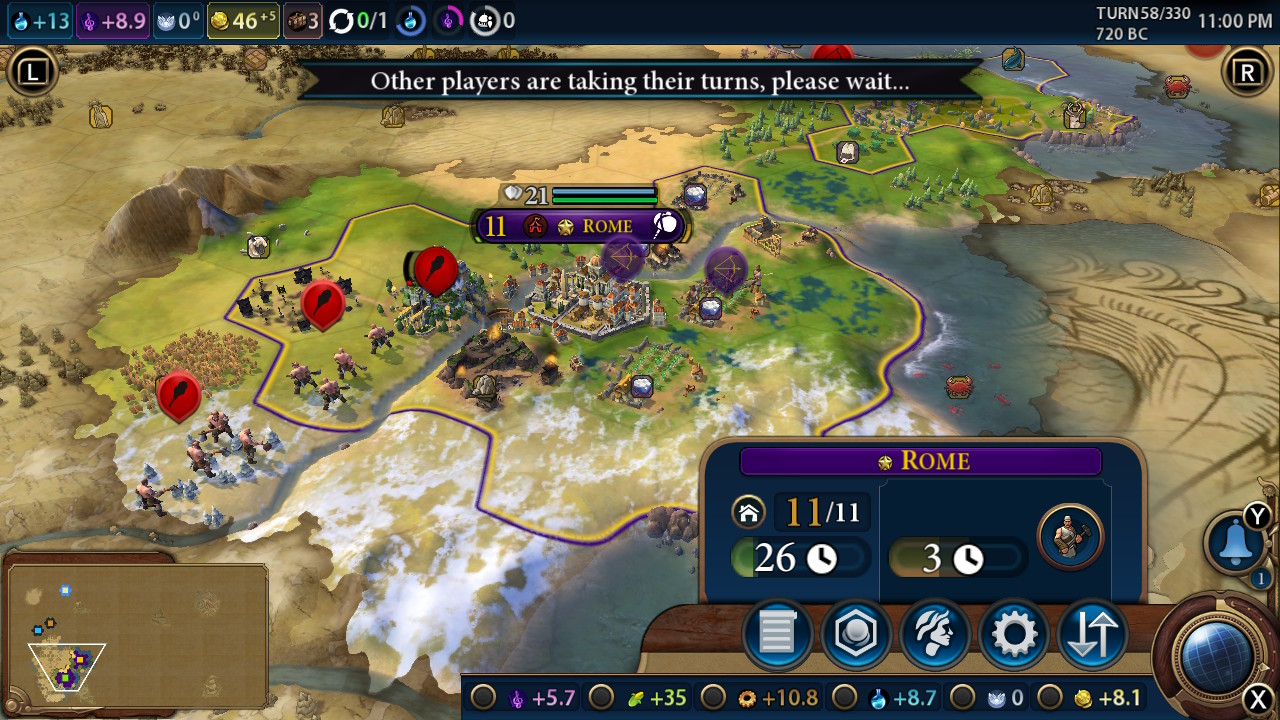 First things first, this is the same Civilization VI experience you would expect to find on a PC, for better and for worse. There were no features sacrificed to squeeze the entire base-game Civ6 experience into a measly 5.2gb install size on the Nintendo Switch, and really the only difference between the Switch version and the PC version is a cut to graphics fidelity and a new interface to make the game playable on a console. Unfortunately, this also means that the same technical issues that plague the PC version of the game remain in full force on the Switch. 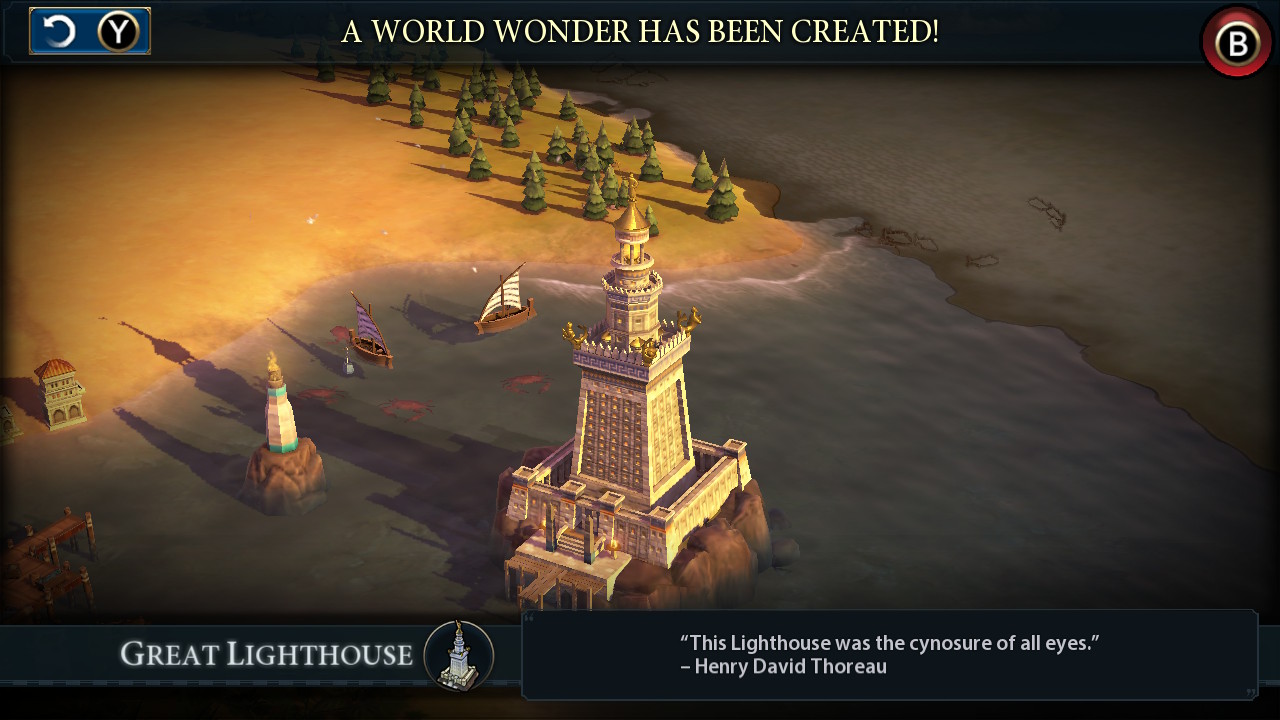 But let’s start with the positives. One issue that has consistently dogged ports to the Nintendo Switch since the console’s release has been poor UI design for games played in handheld mode. You’ll often find the onscreen text to be too small or the buttons to be unmanageable – not so for Civilization VI on the Switch.

The interface design for the Switch version of Civ6 is  downright impressive. Aspyr have somehow managed to develop a UI system that makes controller navigation of this text-heavy, systems-driven behemoth relatively straightforward. Most of the frequently used menus and information panels can be toggled on and off at the tap of a button. Or if you prefer to play in handheld mode, the entire game can be played by tapping on the touchscreen, which works remarkably well. 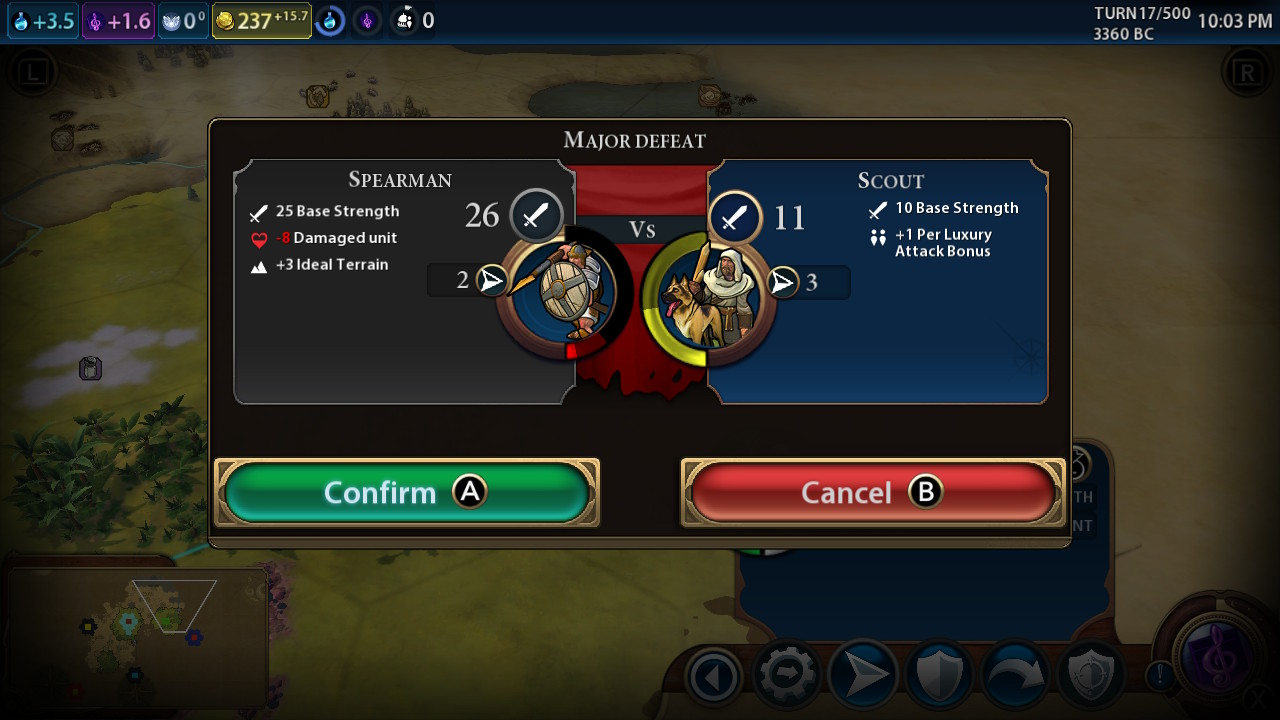 The onscreen text is perfectly legible when playing Civ6 in the Switch’s handheld mode, however there is a noticeable difference in graphics fidelity when compared to the PC version of the game. The neat combat and movement animations all remain intact, however the texture quality of the units and the terrain seems to have taken a hit. With that being said, the colourful, cartoonish artstyle still looks fantastic and does a great job of hiding some of these rough edges. 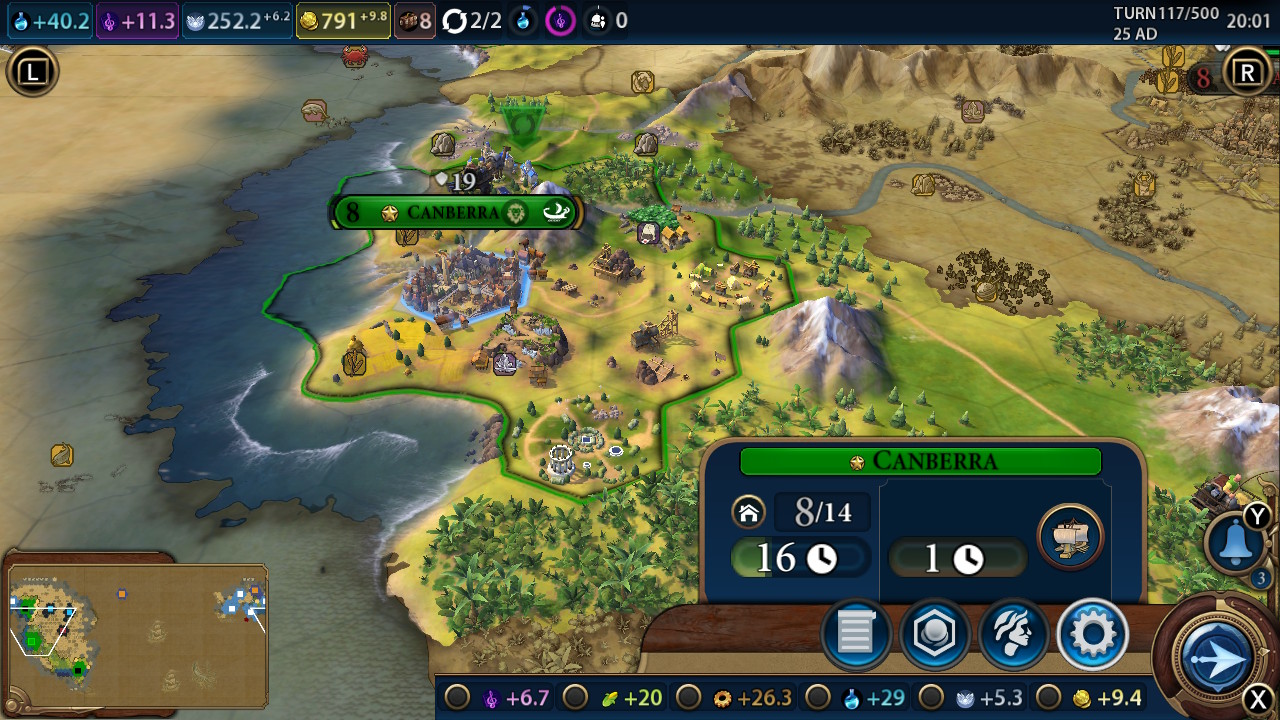 So let’s get into the weeds of the Switch version of Civilization VI. As mentioned earlier, this is the base game of Civilization VI that was released in 2016 with a few DLC packs thrown in (including the Australian and Viking empire packs). This doesn’t include the Rise and Fall expansion released at the start of the year, meaning the game is missing a number of key features that will be sorely missed if you’re coming over from the PC version. At the time of writing there was no word on whether the Rise and Fall or the upcoming Gathering Storm expansions would ever make their way to the Switch, so for now we’re stuck with the base game. 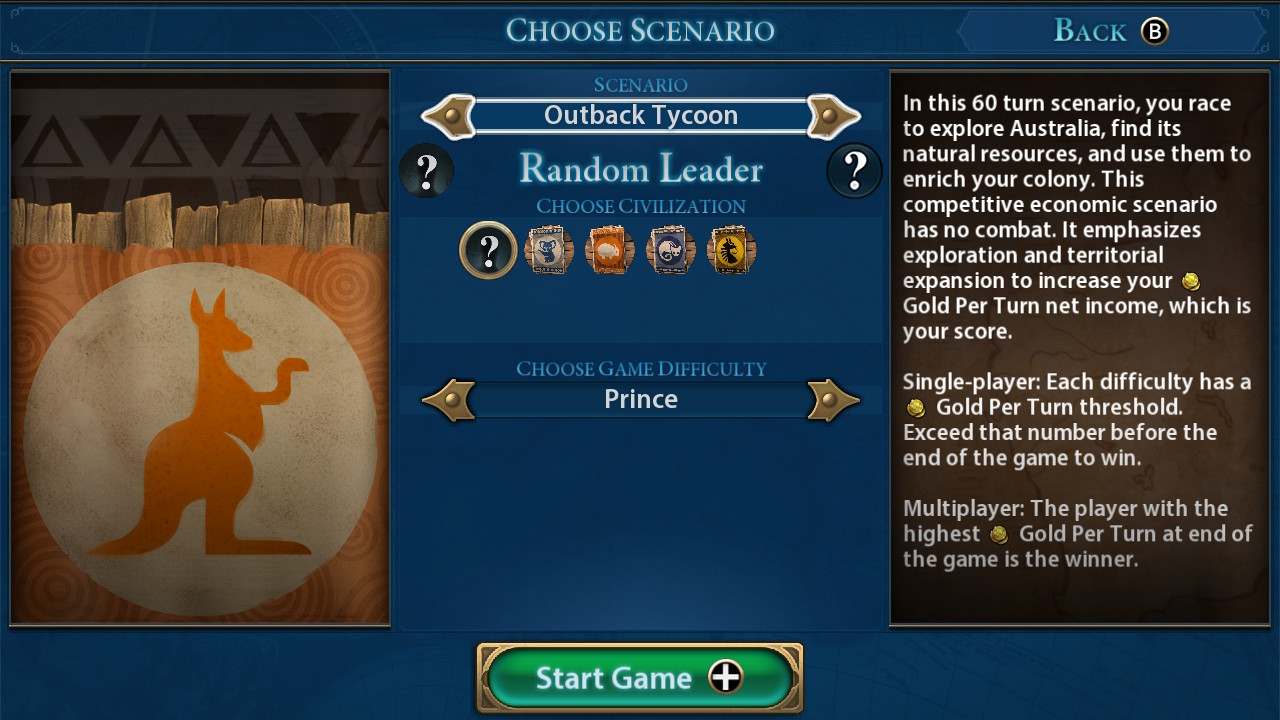 Equally as disappointing (though not at all unexpected) is the continued presence of technical issues that plague Civilization VI in the late game. Perhaps by now I should just accept the long load times and frame rate drops in the late game as a normal part of the Civilization experience, however there was a small part of me that was hoping they would be addressed in this most recent release. Admittedly, these issues seem just as bad on the Switch as they do on the PC, but they are still an ever-present annoyance that often sour the late game experience. 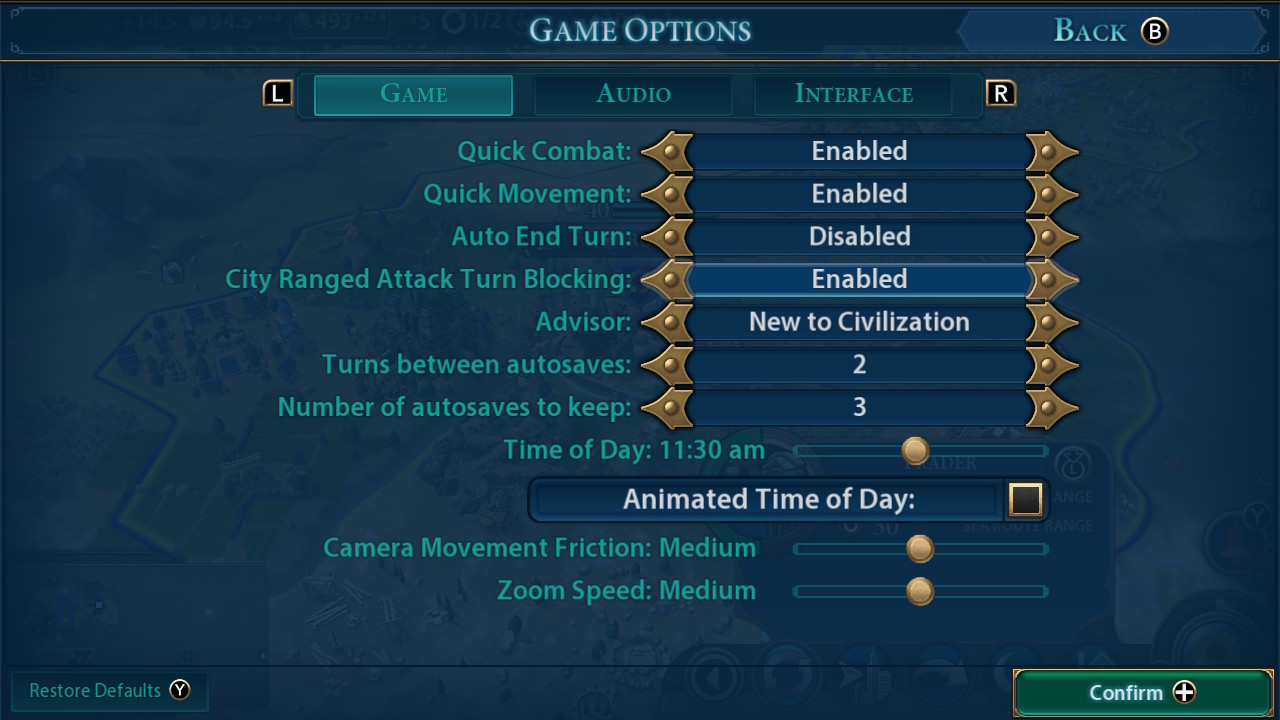 It may seem like a large portion of this review was about the negative aspects of Civilization VI for the Nintendo Switch, however I think my initial point was the most pressing of this whole writeup: this is the same Civilization VI experience you would expect to find on a PC, for better and for worse. It’s portable Civilization VI and it actually works. Civ fans probably didn’t even read this far down before they made the decision to jump in. Series newcomers shouldn’t be afraid to give it a shot, there’s a great tutorial and the reworked interface makes things seem a little less daunting, for the first few dozen hours at least. 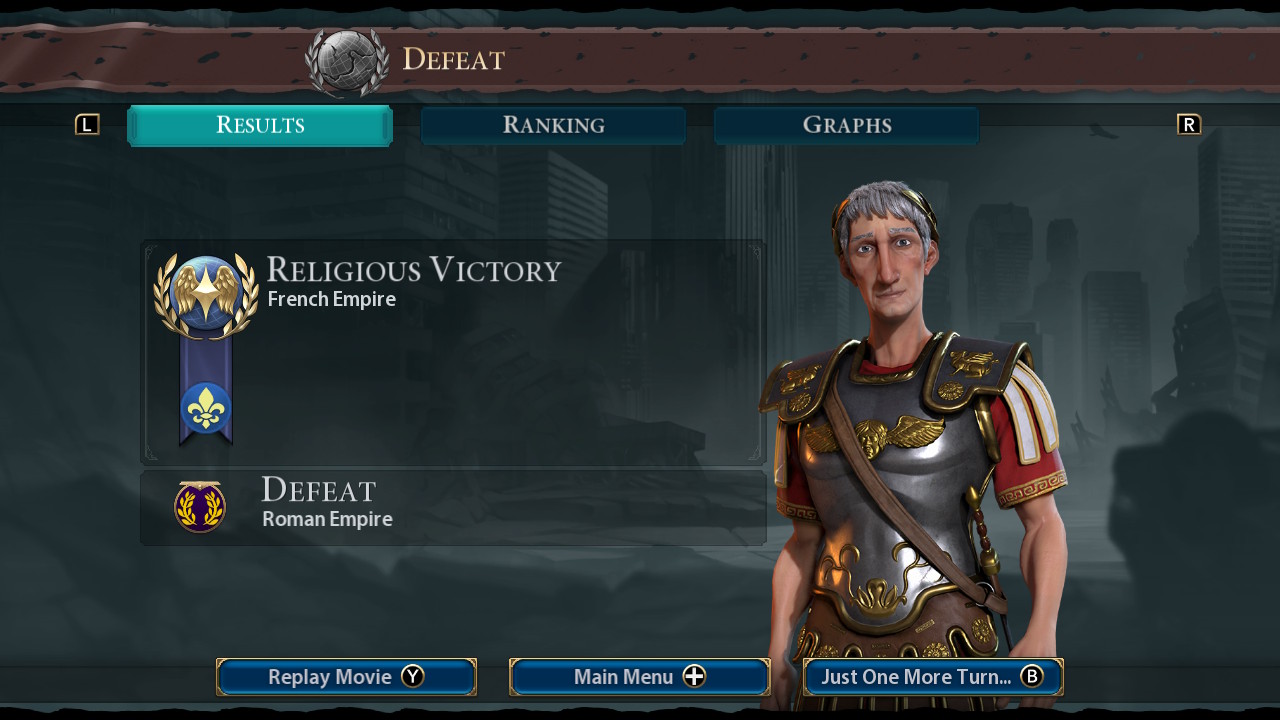 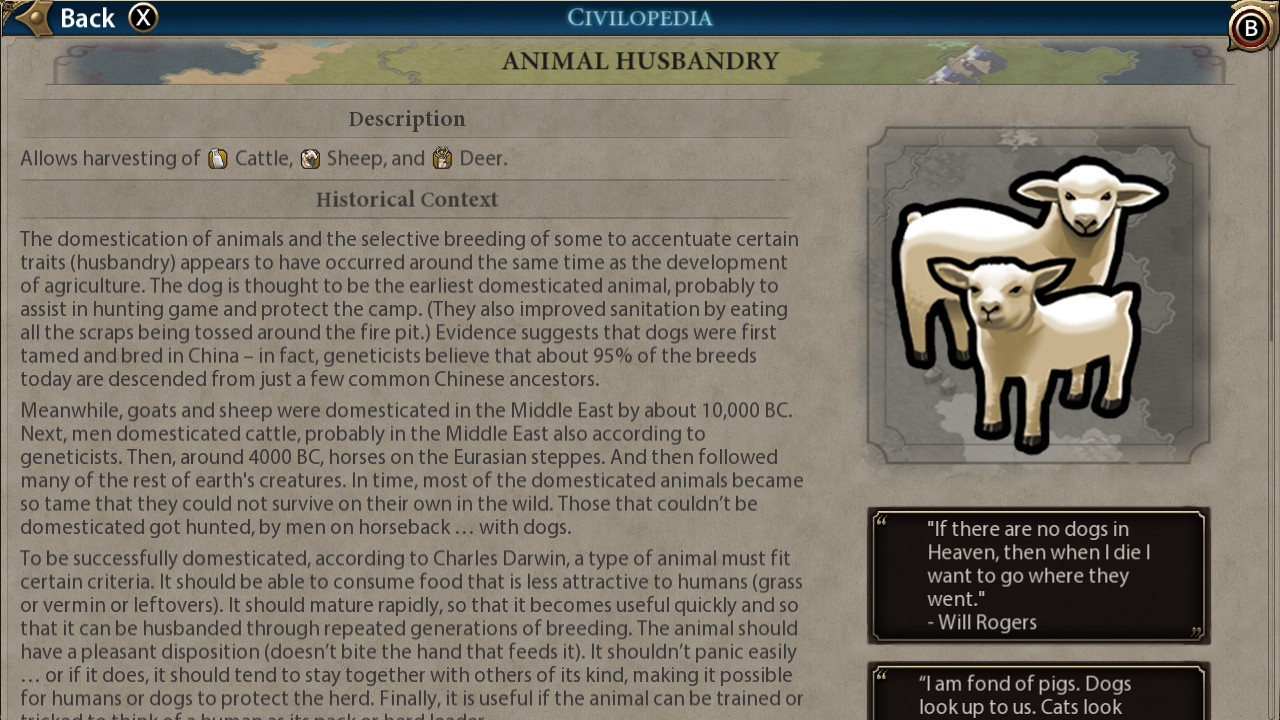