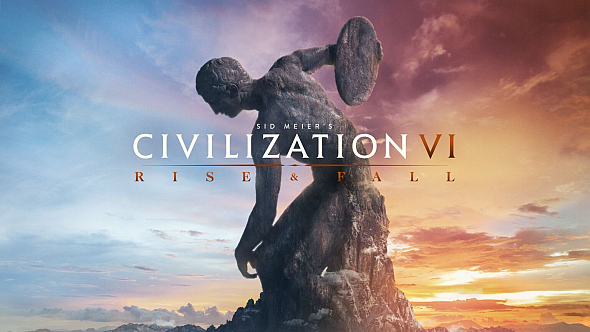 Summary: As the first expansion to Civilization VI, Rise and Fall introduces a number of unique mechanics to the classic Civilization formula that significantly enhances the gameplay.

Sixteen months after its initial release, the first expansion pack for Civilization VI has been released. The expansion, titled Rise and Fall, follows the traditional Civilization expansion credo by introducing a number of new mechanics that significantly effect the gameplay, a few new mechanics that very slightly affect the gameplay and a hefty slew of new leaders into the mix. There’s nothing here that completely reshapes the classic Civilization experience, but the added features provide a much richer and more engaging Civilization VI gameplay package. 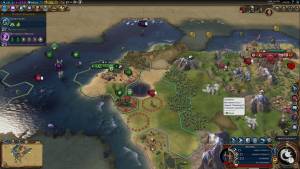 The most significant new gameplay mechanic introduced in Rise and Fall is the loyalty system. Loyalty is a measure of how the citizens of a city feel about its ruler. If a city’s loyalty drops significantly the citizens may revolt, claiming independence or pledging allegiance to another faction. Many factors influence a city’s loyalty including its amenity score (happiness), its proximity to opposing factions and its governance (more on this shortly). It’s a great system that fits right into the classic Civilization gameplay and adds another layer of complexity to managing your own affairs, whilst also offering another means to destabilise your enemy’s regime. 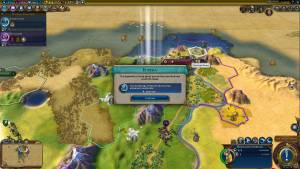 Another factor that heavily influences the loyalty of your citizens is the new ‘Great Age’ system. As your empire grows, you’ll be awarded points for completing significant feats such as discovering pivotal technologies and locating natural wonders. Reach a certain threshold of these points and you’ll be awarded a ‘golden age’ once the new era rolls around, which provides significant bonuses to loyalty. Fail to reach another lower threshold and you’ll plunge into a ‘dark age’, taking heavy penalties to loyalty yet also offering unique Policy Cards with strong strategic implications. I like this system as it provides a medium-term goal to work towards (era’s usually last around 50 turns on standard speed), yet it also offers exciting strategic opportunities. For example, if your empire is small and tightly managed, you may choose to hold off on a number of significant discoveries as the era ends in order to purposefully induce a ‘dark age’. You may then opt to take advantage of the powerful ‘dark age’ strategy cards, finish those pivotal technologies to reach the ‘golden age’ threshold (resulting in a ‘heroic ‘age’) then use those advantages to expand your empire and engulf your enemies in the next era. 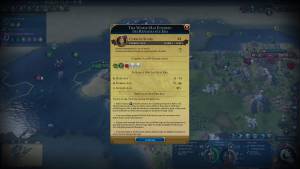 A less impactful yet still important factor of a city’s loyalty is the new Governor system. Governor’s can be assigned to individual cities to increase loyalty and provide a number of other strategic benefits. There are seven Governors to choose from, each with unique bonuses and small skill trees to upgrade as the game progresses. These provide fairly straightforward bonuses to the city’s they’re assigned to, such as ‘bonus gold’, ‘military advantages’ or ‘better city-state relations’ – yet it is another significant tool at your disposal that affords you greater strategic opportunity. 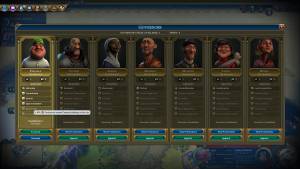 There are a number of other interesting additional features introduced in Rise and Fall such as the new alliance systems or the ‘Emergency’ system, which creates spontaneous short-term quests for factions to team up against offending players for rewards – plus a bunch of new leaders, resources and wonders added to the game. All of which affect the Civilization VI gameplay positively. 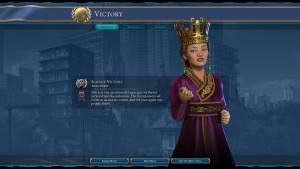 Unfortunately, two major issues that I had with the Civilization VI base game have not been addressed in the expansion: the imbalanced AI and the load times. The Civilization series is infamous for its longstanding AI issues, with enemies all but laying over in your wake on easier difficulties and being granted impossibly unfair advantages on harder difficulties. Sadly, none of this was addressed in Rise and Fall and honestly, I’m not surprised. The AI issues and the astoundingly long load times, both on first load and between turns towards the end of a match, almost seem inherent to the series at this point. They’re issues that I learned to live with long ago and as annoying as they may be, they hardly sour the experience. 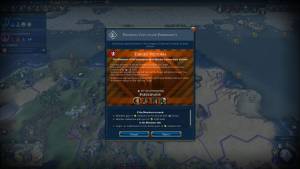