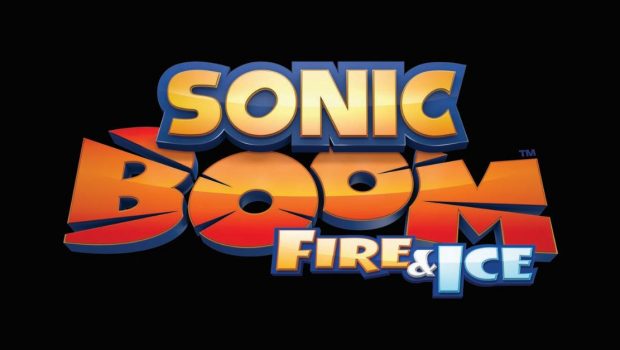 The trouble begins when Dr. Eggman discovers a new supercharged element called Ragnium, mining it as a powerful fuel source for his robots, making them ultra-fast – even matching Sonic’s famous speed! Not only that, but all the waste that’s created as a result of Dr. Eggman’s mining is sent to nearby islands, completely covering some areas with fire and ice. When things go array with Dr. Eggman’s mining robot D-Fekt, it’s up to Sonic and his friends to save the world. 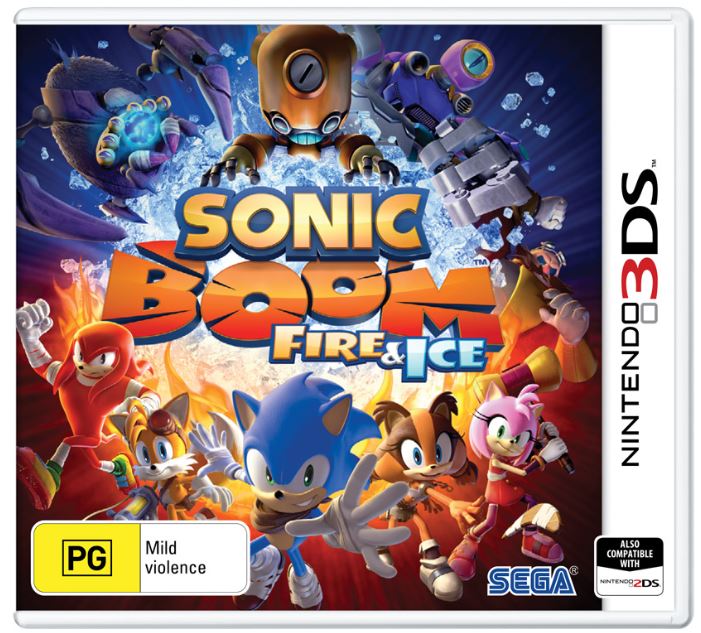 Sonic, Tails, Knuckles, Amy and Sticks have all reunited, and players can seamlessly switch between them in-game to use their unique abilities. Teamwork has never been more important: only by using Sonic’s speed, Tails’ flight, Knuckles’ brute strength, Amy’s hammer and Sticks’ boomerang, do they have a chance of putting D-Fekt on ice. It won’t be easy though: when they’re face to face with giant bosses that fill both screens, things really start to heat up.

Brand new to this title is the unique ability to switch between fire and ice to reach new areas, destroy objects and solve puzzles. Sonic and his friends can melt icy obstacles to reach hidden areas, freeze water spouts to slide speedily across gaps and much more, for a fresh take on the series’ exploration-based platforming. Players can explore at their own pace as they search out hidden secrets, or race to set their fastest times, but however they play, using fire and ice is the key to discovering new routes and areas.

Fans of the Sonic Boom TV series will already be familiar with the hilarious dialogue between Sonic and his friends, and those comic quips come to life in this third Sonic Boom game with high-quality CGI animation clips between levels, bringing the game and TV series closer than ever before. 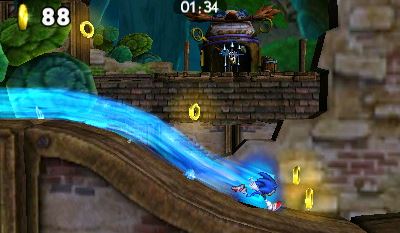 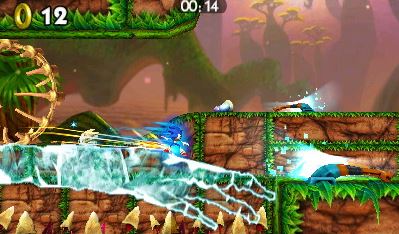